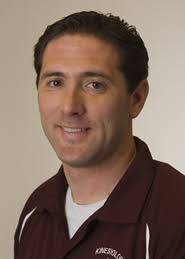 There is a lot of self-defense/personal protection advice out there. A lot of it is good, sound advice. A lot of it I would call contextual—in certain circumstances it is good, but as Marc MacYoung points out, soundbites can be dangerously simplistic. And some, at least in my opinion, is absolute crap. I sometimes joke that some of the chain emails regarding safety tips that I receive are actually written by rapists for counter intelligence purposes in order to make their life easier. I mostly don’t mean it; I presume they are well intentioned people. But that doesn’t mean their advice is any less dangerous if relied upon.

While teaching collegiate self-defense courses for over twenty years, one exercise we do in class is to have students provide examples of what advice they have been given, and we analyze that advice based on what we have already discussed: predatory process and issues such as the legal, social, and psychological consequences. It also serves as great research for me—I don’t read the same magazines or get shared the same links as these girls do. And 18 year old girls tend to get lots of talks before they leave for university. Hopefully the assignment gets everyone to think more critically about the advice and opinions that will continue to be shared with them. Obviously, personal protection advice can be rather varied, but here are some main genres that a lot of advice tends to fall into, and that I believe people should be wary of:

Genre 1: Good person to good person advice: Example: Tell them firmly, “stop it, you are raping me.” If I were with a woman and she said that, I would be taken aback and mortified. But I am not a rapist! That sentence is powerful to other like-minded individuals. Another example: Fake a seizure. If I were with a woman and she started seizing, I would do my best to provide medical help, have concern, etc. A predator will be find it easier when she is limp. Many people need to realize we are not talking about the nice people they are used to dealing with.

There is a lot of advice out there that sounds viable to other good people, but never takes into account that the bad guy is another breed. This requires a big shift in thinking for some.

This type of advice is more prevalent in environments where the mentality is that we should all just talk things out and get along. One of my universities had a campus program where two actors portrayed meeting at a party, going back to his place, fooling around. The next morning she goes home and tells her friend she thinks she was raped. End Scene. Bring lights up. Let’s talk about how they both could have communicated better so this misunderstanding doesn’t happen. They might have sung a round of Kumbaya before dismissing. Admittedly, good person to good person advice could possibly help with “state” rapes (where the guy isn’t really a rapist but alcohol or some other factor causes it to happen, versus a “trait” rape where the guy is a certifiable rapist douchebag,) but state rapes are the overwhelming minority of incidents. In most cases the bad guy is just that—bad- and doesn’t give a crap what you think and is going to take what he wants unless he is deterred or stopped. Do you think that in the heat of the moment, after he has isolated you (spent his time and resources on you as a target), if you say, “stop it, you are raping me,” you are going to have meaningful dialogue and convince him that he is wrong? A convocation where you explain that little dose of reality doesn’t leave you feeling as warm and glowing. Some third party intervention tactics are based on this misguided concept and can easily get your butt kicked as well. It also applies to social versus asocial violence and understanding the associated scripts, but that is beyond this article.

Genre 2: Academic/Ivy Tower Advice. Example: Yell Fire Instead of Rape. The problem with all research is whether it has external validity when other variables are introduced. Here too, many people fail to take into account the bad guy. It doesn’t matter what you yell if the predator has properly isolated you and can cover your mouth or worse to shut you up. Now, I am not saying don’t scream; it is a part of a resistance strategy, but “Yell Fire instead of Rape” is one of those dangerous soundbites Marc writes about.

There is also plenty of other information that is interesting and somewhat relevant but is pedantic at the moment of truth. Is he violent because of genetic factors, brain damage, social conditioning, or not enough fish in his diet? What is the optimal heartrate where you get the benefits of adrenaline but don’t go condition black (or see white, or see red or whatever you call it)? These might be helpful to understand what happens, but to paraphrase Rory Miller, that knowledge isn’t worth a damn in the middle of a fight for your life.

Genre 3: Comfort advice. Example: Act like you are talking on your self phone. I will categorically argue this specific tip will get you selected as a target (not being aware of your surroundings) rather than avoiding it. Even if you were actually on the phone with dispatch, no one is likely going to get to you in time. But I had one student make the very astute observation that “she felt better, more secure, when she was talking with her mom.” And that may be true. There is a lot of advice or practices that may make us FEEL safer but might really be doing the opposite. Similarly, I am not going to knock the buddy system, but I have also been in groups where everyone feels safe in the group, and no one is paying attention because they think everyone else is. I have more than once noticed another person insert themselves amongst our group. A knowing glance is enough for me and him to communicate. No one else was any wiser but felt “safe in the group.” The group is comforting. It is probably safer. But still make it your job to be attentive and alert.

Genre 4: Boogeyman advice. Example: Look under your car in case someone has crawled under to slice your Achilles. I have no real statistics on this, but I am willing to bet more people–having been too preoccupied to notice the guy opening the van behind them– have been abducted while looking under their car for the boogeyman than have prevented it. Understanding how potential assaults can happen is certainly important, but many people tend to latch onto sensational images or urban legends and ignore very real threats that are much more common. As Gavin DeBecker points out, people have a tendency to focus their fears on unlikely scenarios precisely to avoid facing the much more likely and very real things that can go wrong.

Genre 5: Advice that makes you have to change your lifestyle unnecessarily. Example: Don’t wear your hair in a ponytail; it is too easy for rapists to grab it. Like you can’t grab someone’s hair that is down. If you are that concerned about such a possibility, there is a real occupational reason all my prison guard buddies shave their heads. But most of my co-eds don’t prefer the Sinead O’Conner look. Another Example: wear tennis shoes to your destination, change into your heels when you get there, so you can run if approached en route. While this makes sense on the surface, I imagine it is hard for many women to attend a black tie affair and keep their Air Jordans in their clutch.

Yes, taking personal protection seriously should affect your mindset and probably lead to some types of behavior modification. But there is a difference between living your life more proactively and with paranoia. I had one woman in my class that carried an extra cell phone in her bra (so she can call from the trunk of the car after they take the first one,) and another with a cattle prod (she grew up on a farm) in her bag. While these women felt this was necessity, to me, these seem like extreme lengths. Combining all of the tips from the genre with the boogeyman advice would leave us cutting the pie on every corner we ever go around. Live your life. Live it well and empowered, not overly encumbered and in paranoia.

I don’t expect everyone to agree with all my genres or my opinions. You might even consider me one of those quacks that I bemoaned at the beginning of this piece. That is ok. Like I tell my classes, you don’t have to share my opinion, but I hope you give this topic enough serious consideration to have an informed one, and hopefully this article gives you another lens to form yours.