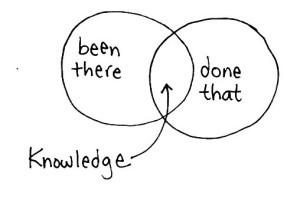 A few years ago I attended a two day seminar to train with Mo Teague and Hock Hocheim, I had trained with Mo on a British Combat Association seminar, his style involves no nonsense, an absolute gentleman of the first order and as he will tell you he likes to keep in shape, round is a shape. I had never met Hock but knew of him by reputation and he certainly lived up to it, he too was an absolute gentleman and like Mo his training was cutting edge, especially the military quick kills they both taught, could not resist that pun.

It was a fair turnout, mostly instructors or aspiring instructors from all over the UK, people who trained in different systems as you would expect The training was varied and interesting and more than value for money, if you get a chance to train with either of these two then take it. There was a point in the training where Mo addressed the issue of morality and the use of violence. As I said I have trained with him before and had heard this before, he was about to do exactly what a good self defence trainer should do, in this case with people already in the game not fresh off the street students.

He asked people to raise their hand if they had ever killed anyone. Only Mo raised his hand, he then explained the circumstances as a serving soldier and whether or not he was morally justified in taking those lives. He then asked people to raise their hands if they had ever hurt someone, really hurt them, this time I raised my hand along with Mo, nobody else did. It felt a little weird but Mo acknowledged that he knew me and that we had discussed this subject before.

He then asked a few questions of those present pointing out that this was not a game we were involved in, we taught violence, more importantly we teach people how to use violence to inflict pain and harm on other human beings. We therefore had a moral responsibility to consider this very carefully indeed, especially in the light of the fact that almost everybody in the room had not used violence of any real degree on another person before. Just think about that. No disrespect to those who were there, there were some really great people, but it was like asking a virgin to teach about the joy and ecstasy of sex.

Now this is not some only those who have experienced violence can teach violence, notice I am not using self defence or martial arts as nice epithets, let’s call a spade a spade here. Yes I teach both self defence and Ju Jitsu so I have a foot in both camps but in reality I am teaching the use of violence, that is the plain and simple truth. Now we can make it far more palatable when we are talking about legally justified use of violence whether it is applied as part of an official role we occupy or as a citizen acting within the law. That is nice because it makes us feel cosy and safe. At the end of the day we are the good guys and gals, we wear the white hat, we would only use reasonable force (violence) if we were attacked by the bad guys and gals, the ones in the black hats.

Really? Is that so? Do you know that for sure about yourself AND your students? You and I know violence can be unpredictable and spontaneous, we know some of the lies we inadvertently tell to students and ourselves about how well our training prepares and protects us. It may give us an edge, a better chance, but it does not make us invincible. Those who have had violent encounters and have lived to tell the tale will know the truth in this and we know that in order to overcome violence we need to be better at it than the person/s attacking us, or a damn good runner, either will do. Better still if we become proficient at the softer less tangible skills that help us spot something developing at the earliest possible stage we can negate the need to engage in a violent exchange.

The thing is if we, or our students, end up going hands on we have to be able to break somebody, we have to be prepared to inflict sufficient material damage that we break the attackers will to continue or render them completely incapable of continuing. Now back to my main point, anyone can train this, we are shown how to do it by others, some may have actually been there and done it, most will not have, and we can read all the books and look at the good stuff on YouTube etc. Be very careful with the latter. The thing is up to now its all theory. Or you can do what the smart people on the seminar with Mo and Hoch did, you can seek out and train with the people who have been there and done it. We call this gaining experience by proxy.

Take the teaching of locks for example, we teach people to apply them until their willing partner taps, does not try to escape or punch them in the face, but taps nicely. That is great for early learning, there comes a point though where it is unrealistic, unless you are legally obliged to use as little force as possible then breaking an attacker’s arm, wrist, whatever is the smart thing to do if you are subjected to a committed attack. We are not talking an argumentative uncle Arnold here at your sister’s wedding, not wanting to leave the room, but when it has all gone tits up. If you want to try to control somebody then a lock may just work, circumstances dictating of course, or if it’s time for ending it quickly then it’s snap time.

Be prepared for the screaming and the howling, the accusations you have gone too far. I once headbutted a guy hard in the face to get rid of him, I had already wiped him out in a fight minutes earlier, after the headbutt his nose was smashed his lips burst and there were tears , blood and snot everywhere, he looked a real mess a few years later when I next saw him with one really bent nose. That is one enduring memory I still have of the consequences of using violence. Did I give him the option to tap, to walk away, no I finished it there and then. The fight previously had been the worst and our third, he kept coming back, it had to end, it did, that nasty headbut was the full stop.

There is a whole wider context to that little story but that is for another time, the thing is sometimes we have to use a level of violence that has immediate and lasting consequences, these may be legal too, go read ‘In the Name of Self Defense’ by my friend Marc MacYoung. If someone attacks you with a weapon and you grab the arm and apply a lock is that it game over like on YouTube? Or would breaking that arm be a better idea? Well of course it would all depend on the context and the circumstances, we know that, we also know that training time is finite and the variables of an attack infinite. So is there an answer, well in my opinion the best you can do when training yourself and others is to be honest about the limitations of training and how it will play out in real life violence, now go read ‘Meditations on Violence’ by my other good friend Rory Miller.

Better still be honest with those you teach, never lie, never exaggerate, use the good examples of others to fill in your gaps, that is what I do, explain why experience by proxy is important. As you read in Rory’s July CM article we have a fine mix on the board of CRGI and in our growing family of contributors and affiliates. Some have experienced violence at its worst, they are true violence professionals. . Their insight and experience is beyond that of most of us, make use of this resource, use it to teach your students but first use it to teach yourself. This is Been There Done That self defence.

Filling in the blanks is what a really good instructor will do, helping their students fill in their blanks is what an outstanding instructor will do. The latter will also take their students through the legal, moral and ethical minefields that surround the use of violence. What is fun in the dojo is certainly not fun outside it. Breaking bones and smashing faces to pulp if necessary is the nasty, messy side of what we do, and that is without all the other complications, the screaming, the ranting the full on confusion of an out of hand real life encounter, and the aftermath.

Violence is what it is, let’s not pretend otherwise.