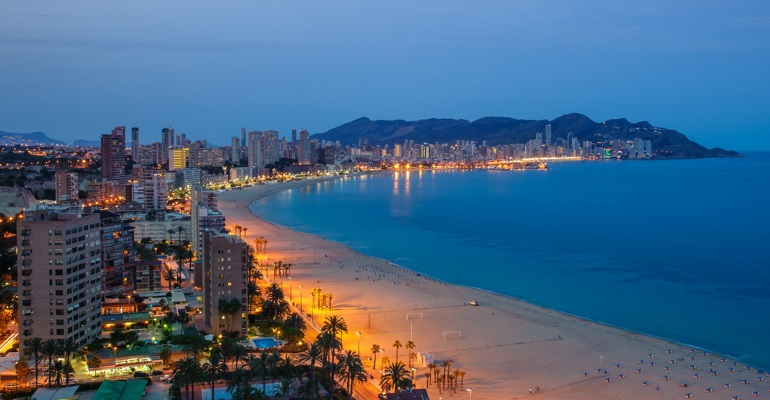 In his article in the March issue of Conflict Manager ‘When it Comes to the Rules, Social Classes Matter’, Erik Kondo wrote about the conflict between people from different social classes. I fully agree with the thrust of the article but wanted to take it a little further as it chimed so much with my own curious journey, so far, through life. We are not born into a void; we are born into families who are parts of communities that are part of ever bigger groupings like a set of Russian Dolls.
Where you are born and who you are born to is indicative of how you will turn out, not 100% determined but early influences will have a massive impact upon your future identity. Social class is the most used variable when we examine social life; Erik acknowledges race, gender and other variables and these all interact with each other to create a complex social dish that can have a myriad of permutations. There is no one set recipe, the world is a curious place and Sapiens a highly differentiated species.

So in order to dig a little deeper into some conflicts between groups can be interpretated in different ways I will take you on a little journey if that is OK.
A couple of months ago I was sitting outside our lodge in the mountains above Benidorm in the Spanish Playa Blanca region. It was a balmy warm mid September morning, the grandsons had just woken up and my daughter was feeding the little one. Soon we would be off to breakfast and then off to the adjacent zoo, adventure playground first and yes I covered every inch of this many times over, with another look at the tigers, lions, rhinos, monkeys etc then off to next doors water-park for more, swimming, monkey bars, flume and slide activity, yes I went on the one called KAMIKAZE!!! all interspersed with periods of rest, food and drink. Everything was included in the package and it was superb. I arrived home a tired but happy man.

It was 31 years since I went to Benidorm for a winter break, its reputation for sun, sand sangria and sex has not diminished. To be fair the place has grown and grown into something resembling a mini Manhattan, skyscrapers dominate and the place is crowded even in low season. Benidorm has become a parody of the cheap holiday in the sun even spawning it own hit comedy working on the stereotypical British holiday makers in the Costas (not the coffee shop). Take a look.

https://www.youtube.com/watch?v=OJIBZDMtG0k
I started as a great comedy but outran itself after a few series as it became more and more bizarre. We British love to poke fun at ourselves, it in our dna. Benidorm, the place with its cheap booze, full English breakfasts and fish and chips, in any order, was Britain in the sun for many. No need to speak Spanish, ‘they’, all speak English, result. So it attracted those who, often on limited budgets, the working class, whilst the middle classes headed off to their Gites in France or a villa in Tuscany and the wines and cheeses of rural France and Italy.
Let me tell you, nothing has changed. We went into Benidorm for less than half a day, it was half a day too much, and in my opinion it has no redeeming features at all. It is a cess pit with live sex shows a plenty, cheap booze and washed up pub entertainers on offer for those who like that sort of thing, judging by the numbers of bars offering these services plenty still do.

The fat man in the vest with the knotted hanky standing in the sea edge with his trousers rolled up to just below the knee, paddling in the sea edge, has disappeared and was mostly a caricature anyway. However, the modern replacement is no less comical, or frightening, depending on your viewpoint. Obesity is very common, with some families hugely overweight. Heavy tattooing is common, women of all ages as well as men, and I quite like tattoos BUT some, most of the ones on show here, were cheap and nasty. Smoking and vaping is proliferate and in the dining room access to the salad bar is really easy as the fried foods get mopped up pretty quickly.

Upon our later arrival at our hotel we checked in, dropped our bags in our lodge and went to eat, just a snack and a quick drink. There were a few people around and like anyone else we were checking them out, a few were drunk, happily drunk, most were merry, families making their way off to bed mostly, quite a mixed bunch but not the kind of people that stay at the hotels we normally book, let me explain.

My wife and I were looking for a half board hotel in the Austrian Alps, clean air, cool beer brewed under the German purity laws, excellent cuisine and everything spotlessly clean and full of middle age, middle class couples who like to walk the many trails in the mountains enjoying magnificent scenery, crystal clear rivers, pine scented woodlands and crisp, clean air. It is what we like best. We discovered this a few years ago and have been back every year since. We do not over indulge, usually meet nice people, mainly professional people, and it is really relaxing. We are amongst people not unlike ourselves. The walking class as we call it, complete with our walking clothing we are easy to identify, health conscious individuals who love exercise.

With just over a week to go our daughter decided to come with us with her two sons aged 6 and one who would be one the day after our return, this changed what we were looking for and after a lot of searching we found the Magic Natura Animal Water-Park and Polynesian Lodges 4 star all inclusive resort in the mountains outside Benidorm, yes the name says it all really. Basically a hotel with all the food and drink provided next door to a zoo and water-park and we had unlimited entry to both during our stay. We checked the reviews on Tripadviser and they were excellent, I must say retrospectively we agreed 100%, the kids loved it, excellent food etc. very different from what we would have done otherwise but fantastic family time together.

Before I go further, my wife and I have firm working class roots, non negotiable. I have worked in some of the toughest, roughest communities in Sheffield, I was no angel back in the day, my wife is a senior criminal lawyer, she deals with murderers, rapists, paedophiles, drug addicts and wife beaters on a daily basis. We have seen plenty of the underbellies of social life if we have not seen it all. We deal with it constantly; it is why we love to go to Austria, up in the Tyrol, to get a break from our daily reality.

However, this time that was not to be. We had read in the reviews that from the pools and Jacuzzi you look out over elephants, gazelles etc in the zoo below, we were looking forward to that. The first morning we made our way to breakfast and it was akin to sitting above the plains of the Serengeti observing the herds of different species as they grazed. There were all shapes and sizes of people but many were morbidly obese, many more just obese and most fat. The dress code was CHAV, a backronym standing for Council House and Violent, (to be fair there was not a hint of violence during our stay) but people were what we would describe a rough, on the whole, on occasion it felt as if there were primates in the zoo next door with more intelligence and manners than some of our fellow guests.

You could see the few middle class families looking around realising they were not amongst their own. I love people watching and listening to different conversations, here with my shaved head and earrings and my working class Sheffield accent I blended in perfectly. Hiding in plain sight. Whilst busy virtually all the time, playing with the family, it was interesting just watching and listening to people around me. It reminded me of George Orwell’s 1984 when he describes the proles.

“So long as they (the Proles) continued to work and breed, their other activities were without importance. Left to themselves, like cattle turned loose upon the plains of Argentina, they had reverted to a style of life that appeared to be natural to them, a sort of ancestral pattern…Heavy physical work, the care of home and children, petty quarrels with neighbors, films, football, beer and above all, gambling filled up the horizon of their minds. To keep them in control was not difficult.” Orwell (1949).

So the modern day proles supped their beer, smoked their fags and loaded up on fried food and enjoyed themselves. The bar opened at 10am and the drinking began. I witnessed morbidly obese people demolish huge platefuls of food washed down with coke after coke between meals. We ate well, I ate very well, there was plenty of seafood, lots of fresh fruit, beautiful salads and yes I had 2 full English breakfasts, on different days, plus a couple of portions of chips. The food choice was wide and delicious was our most commonly used adjective.
Well in my opinion most things are ok within limits, ultimately each individual will make their choice. Each individual will live with the consequences. The thing is most people do not choose, most are socialised into the way of their tribe, primary socialisation taking place within the family, secondary socialisation from other members of their tribe and then external agencies like education (the state) after that.

The most powerful agency is the family, it is our earliest exposure to others and for most the bond is strong. Social reproduction takes place primarily within the family, here language, verbal and non verbal is learned and practised, behaviour observed and copied, attitudes and opinions formed and experimented with and all of these subject to positive and/or negative reinforcement from those who hold the power. In the family or tribe stepping outside shared values, norms and beliefs is a risky business.