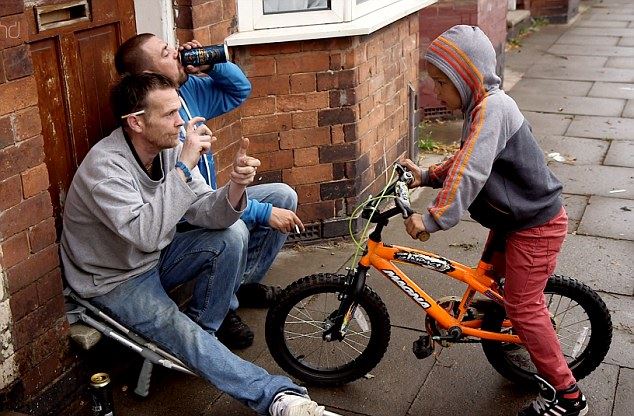 The most powerful agency is the family, it is our earliest exposure to others and for most the bond is strong. Social reproduction takes place primarily within the family, here language, verbal and non verbal is learned and practised, behaviour observed and copied, attitudes and opinions formed and experimented with and all of these subject to positive and/or negative reinforcement from those who hold the power. In the family or tribe stepping outside shared values, norms and beliefs is a risky business.

We are no different than other families, I witnessed traits in my grandsons that I recognised from my granddad, little behaviours that have passed down through the generations. Perhaps the best bit of our holiday was the time we sat at table to eat, when our kids were at home we always had meals at the big family table, same here. Coming together to eat and talk is quality bonding time and it was wonderful to see our eldest grandson’s excellent table manners and the way he converses with confidence. Sustaining conversation needs a large vocabulary and the skills to use it.

How we talk, what we say and how we say it is usually a good clue to our personality and level of education. In his classic work, Class, Codes and Control 1971, 1973 & 1974, Basil Bernstein pointed out how linguistic differences work. He set out how different social groups use different modes of speech which he called codes; he divided language use into elaborate and restricted codes. I loved his work when I discovered it as an adult student in further and higher education, particularly as I could speak both codes. I felt my world expanding as I was exposed to ideas and knowledge that had hitherto been hidden from me. A couple of years ago I was asked on our local BBC radio to explain my love of Shakespeare as a working class man, Shakespeare being the cultural property of the educated chattering classes, I did so. A women who came on after me claimed I could not be working class because I was too articulate. Get that, an articulate member of the working class is not possible because my working class Sheffield accent was not expected to have a wide vocabulary and the ability to use it elaborately. The middle classes can be quick to shut down something they are not familiar with.

Bernstein was a pioneer in the work of sociolinguistics; he examined the relationship between social class and children’s acquisition and use of language in the family and school. He defined the restricted code of the working class and the elaborated code of the middle classes. Yes he stoked up a political shit-storm and was vilified by many more because he upset their beliefs and emotions and their political leanings. Well I loved his work, it explained my emerging bilingualism, as my wife said early in our relationship, you write middle class and talk working class, I still do, my friend Rory Miller has commented that I hide behind my working class accent or dialect as I prefer.

Most debate on the two codes gets bogged down in the detail and the political arguments, for me I am interested in how language, and the way it is learned and used, continue to produce and reproduce our social identities and the power structures this maintains. I follow where Bernstein led.

For clarity the two codes are both sophisticated, the myth that this is a deficit model has been countered, at the time of publication the identification of two codes and their cultural, social and political roots was a regressive step as seen by the left but as I stated earlier more for political and emotional reasons. Restricted code is particularistic in that it relies heavily on shared understanding between group members, much is not said, it does not have to be. A complex and subtle myriad of shared understandings underpin the use of restricted code. Partial sentences, often very short are all that are needed for participants to communicate fully and effectively.

Elaborated code is universalistic in that it is explicit and comprehensive, full not partial sentences are used so that hearer’s can quickly understand the speaker’s intentions. No opportunity for misunderstanding is allowed, explanations are included where necessary and clarifications of understanding obtained verbally.

Bernstein explains how this is brought about by the complex process of socialisation.

“Two general types of codes can be distinguished: elaborated and restricted … In the case of an elaborated code, the speaker will select from a relatively extensive range of alternatives … In the case of a restricted code the number of these alternatives is often severely limited … On a psychological level the codes may be distinguished by the extent to which each facilitates (elaborated code) or inhibits (restricted code) an orientation to symbolize intent in a verbally explicit form.

[W]e can expect … to find … elaborated code within the middle class … In the lower working class we could expect to find a high proportion of families limited to a restricted code” Bernstein 1971.

This was written in 1971 but still describes many communities in contemporary Britain. So as humans we are produced and reproduced in the social groups we are born into, we inculcate the values, norms and beliefs of those closest to us, for most of us this is our parents, we literally soak up our culture, beliefs, emotions and all like a sponge. We inherit our feelings, emotions and a huge raft of scripts for dealing with everyday life. These scripts and the underlying emotions that trigger them guide our actions.

“Language skills are a critical factor in social disadvantage and in the intergenerational cycles that perpetuate poverty. Poor language skills are the key reason why, by the age of 22 months, a more able child from a low income home will begin to be overtaken in their developmental levels by an initially less able child from a high-income home – and why by the age of five, the gap has widened still more.

Over 20 years ago I used to teach a class in adult education called ‘Aspects of Social Inequality’. The root causes of inequality are multilayered and inter-related, they result in the continuation of virtuous and viscous circles of social reproduction. Erik pointed this out and then we have all the other issues around gender, race/ethnicity etc. However, the thrust of his article was how this leads to miscommunication and conflict mismanagement.

This article is seeking to tease out some of the intricacies and theoretical explanations to what are effectively tectonic plates of miscommunication that continue to rub up against each other causing continual friction and occasionally massive eruptions of conflict.

This article will be completed in the New Year, and on that note a Merry Christmas and Happy New Year to you all.