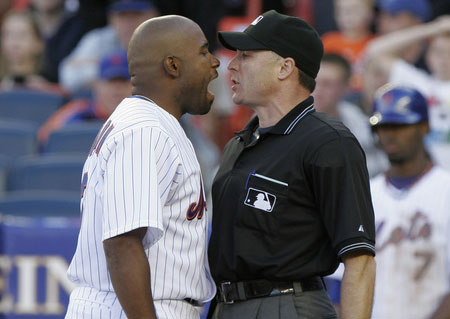 This is a huge subject and to try to cover all aspects of the topic in one article would be like trying cover everything there is to know about punching in one 30 minute session. Nevertheless, I hope to cover some of the core ideas and hopefully encourage you to seek out more information on this fascinating and important topic.

Martial artists train for a whole host of reasons; enjoyment, physical and mental challenge, sport, personal achievement, self-development, to enjoy a common pursuit with other people, to explore “martial culture”, self-defence, and many other reasons besides.

All of these aspects of the martial arts – using that term in its everyday sense – are worthwhile and are perfectly valid reasons to train. However we can have big problems when people mistake the requirements of one aspect with the requirements of another. Perhaps the most common example of this is people training for art, self-development or sport, and believing that, by default, such training will prepare them for dealing with criminal activity and violence (self-defence).

As well as failing to appreciate the many differences between physical “duelling” in the dojo and the realities of the physical side of self-defence, what those to hold to such a view fail to grasp is that true self-defence requires many skills that fall outside the realms of physical conflict. If the student is not given training in these skills then they are not adequately prepared for true self-defence. We need to know about home and mobile security, we need to know the law, we need to be well versed in the nature and type of crimes we are statistically most likely to face, we need training in threat awareness, assessment and avoidance … and we need the verbal skills to defuse and de-escalate situations should it be possible to do so. Believing that physical technique alone is all that is needed for real self-defence is naive in the extreme.

Training solely in the physical, and totally ignoring the more important non-physical aspects of self-defence, also gives us the massive problem that all we have is a physical solution! We therefore could find ourselves in situations we should never have been in, unable to avoid situations that could have been avoided, and running the risk of physical harm (and legal problems) when there was a way to avoid the situation becoming physical. If we truly wish to adequately address the needs of self-protection then we need to include a lot more in our study and teaching than just physical technique.

In this article, we will be discussing the basics of verbal de-escalation and it is my hope that this discussion encourages those new to the subject to explore it in greater depth. It’s not enough to simply give the topic lip service, as many do, with throw away lines such as “talk your way out if you can”. That’s just like saying “punch hard” and expecting students to be able to punch well despite never having being taught punching! There is much to the subject of verbally de-escalating situations and we’ll now move on to cover some of the key points.

The first thing we need to be clear on is that not all situations can be de-escalated!  Sometimes there is no verbal “preamble”. Other times, the person will be in such an emotional state as to be beyond reasoning. Alternatively, they may make the decision that they will not be reasoned with.  If someone is fully committed to harming you, robbing you, assaulting you, etc then you are not going to be able to talk them out of it. You are not going to be able to talk the career criminal into having an attack of conscience nor are you going to convince the drug addict that they don’t need your money or possessions to feed their habit. If the person is also under the influence of drink or drugs at the time it will make reasoning with them difficult if not impossible. We therefore can’t talk our way out of all situations. Peter Consterdine expressed it very well when he said, “We cannot reason with the unreasonable”.

A year or so a go there was a feature on the 24 hour BBC news channel where it was showing the training of security personnel. In one clip it showed the trainer asking someone playing the role of attacker to “calm down” while they were throwing a barrage of punches at the trainer. If a person is already throwing punches, I would suggest that we are beyond the point of trying to reason with them and we are firmly in the realms of the unreasonable. We need to know when talking is and is not appropriate.

So what we are mainly talking about is those situations where a person is getting angry, frustrated or agitated and hence physical violence is possible, but not inevitable. Of course, you won’t know ahead of time whether a situation can be de-escalated or not. They key therefore is to always be aware and be ready to get physical as it becomes clear that is where the situation is headed. If the person is getting increasingly hostile while trying to close distance, then we should conclude that de-escalation has failed, they cannot be reasoned with, and the correct action at that point would be to pre-emptively strike and escape. There are other times when talking is not appropriate too and we’ll come to those later.

So there are times were verbal de-escalation is neither possible nor appropriate. However, assuming that it is possible to reason with a person, there are methods we can use to help calm people down should they start to get aggressive, and prevent people from getting overly agitated in the first place.

One simple, but effective way to help defuse potentially violent situations is to employ the LEAPS model. LEAPS is an acronym to remind us of the key points of a communication style that can help stop people getting more aggressive and calm them down (providing they are not so emotional as to have reached the state of being “unreasonable”).

The “L” stands for “Listen”. If a person feels they are being listened to it can help remove any sense of frustration. The fact you are silent and listening also gives the person the chance to verbally vent any frustrations they have. Letting a person “get it all out” can be very effective if done right. Listening also gives you the chance to understand why the person is agitated and hence what would be the best things to say and do to help reduce that agitation. Silently listening can also help (delude) the person talking to feeling in control. This can prevent them feeling the need to physically make it clear who is in control!

The silent listening is of course your way of keeping control of the situation, but there is no harm in making the other person feel they are in charge from both the perspectives of calming the situation down further or “tactically intervening” with a pre-emptive strike should it become necessary. Remember that verbal de-escalation is just as much about listening and staying silent at appropriate times as well as what you actually say.

The “E” stands from “Empathise”. Make it clear to the other person that you understand their position and by doing so you give it validity. Even if you think the person is “wrong” remember that your ego should not lead you into unnecessary conflict. Simply saying something along the lines of, “I understand  where you are coming from. In your situation I would feel the same way” can help a person feel there is common ground between you and that there is no need for them to get more and more forceful as they try to get their point across. Saying “I’m so sorry I was not looking where I was walking. I understand: I’d be unhappy too if someone split my drink by being careless. Please let me put that right and buy you another.” will be far more effective than a simple, “sorry mate”.

The “A” stands for “Ask”. By asking the right questions you can better understand what stimulated the aggression. You can encourage the person to “get it all out” verbally, buy time, and make it clear that you wish to understand the other person’s viewpoint. They are less likely to escalate to physical violence if they feel there is no need to do so. Frustration is often a trigger for violence. When asking questions it is generally better to keep the question open ended i.e. ones that cannot be answered with a “yes” or a “no”. This encourages them to keep talking and keeps their mind focused on talking. Better they talk than getting physical. Asking, “Will you explain the problem so can I understand?” is not good because it can be answered with an aggressive, “No!”. It is better to ask, “What is your key concern as I want to be sure I fully understand?” It is also a good idea to avoid loaded or accusatory questions. It should be obvious that asking “What is your problem?!” or “Can you please calm down?” are unlikely to have the effect we want.

The “P” is for “Paraphrase”. If you can state the person’s concerns back to them in an alternative way it shows that you understand. Simply repeating word for word can be seen as mocking a person. If a person was to say, “I’m f-ing angry because you should watch were you’re f-ing driving! You nearly crashed into me!” then stating, “I am sorry and I can understand why you are upset at my carelessness” show that you understand and is more likely to de-escalate than simply stating, “I understand that you are upset because I did not watch where I was f-ing driving”.

The final “S” is for “Summarise”. When the person has “got it all out” it can then be useful to summarise the position and concerns of the other person so that they know they have been understood. The summery also marks the end of the conversion and makes is clear that nothing further is needed.

So to recap; LEAPS: listen, empathise, ask, paraphrase, and when it you feel the time is right summarise.