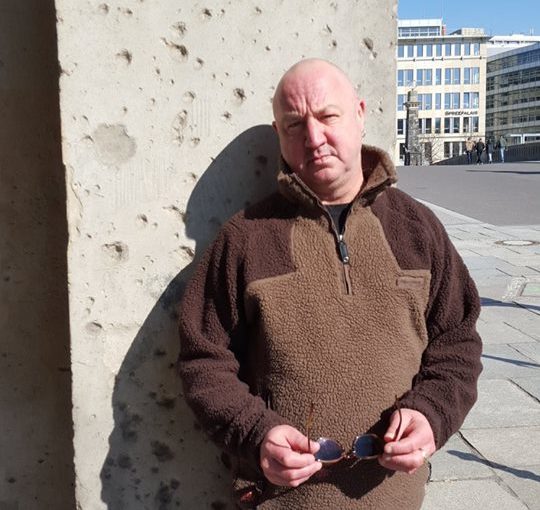 I recall a not too distant holiday in Majorca, We were staying in a nice enough hotel in Palma Nova just around the corner from where my sister lives. It was nice enough and we got what we expected and no complaints.

However, it was not all good and the big downside was that just as we spotted the ‘special offer’ so did some less desirable members of the herd. To be fair there were a group of women, very large women with big mouths and limited intellects who when not smoking and drinking freely shared their banal observations with all around the pool. They were both English and from the North, (like us) and they fulfilled the stereotypes held by foreigners and southerners alike. Three generations of grossly obese, beer swilling ignoramuses that were clearly living the dream, no problem with that even if they were a bit annoying. BUT, then came the group from hell, or probably Manchester.

They were joined a day or two later by six shaven headed cretins who on arrival embarked on a binge drinking adventure with no regard for anyone around them. Their language was foul, I swear a lot, too often according to my wife, but these guys did so often and loudly confident that their intimidating appearance and drunken state would deter any objection, and it did. They deliberately intimidated staff and guests alike.

On their first evening one of them almost fell on me in reception he was so drunk and then headed off on the town. Two of them actually abused one guy in a neighbouring room on their second evening and in a threatening group monkey dance way that had me at reception getting what constituted security over there and recommending the hotel call the Guarda Civil. The hotel bottled it.

Like the good boy I try to be these days I did my bit then stepped back, let those who know the turf deal with the problem. It would have been incredibly enjoyable to crack a few heads there and then but I did not fancy explaining to the Guards Civil or spending several days sweating it out in a Majorcan jail. After all they would see a shaven headed earring wearing northern Englishman hardly physically distinguished from the pond life. So off to our evening meal having pointed out the offenders to hotel staff, a nice chat with a couple on the next table then off with them for a few drinks in the inside, as opposed to poolside, bar, nice.

This hotel had replaced staff, in its bars, with machines. Wine, beer and soft drinks were all self service with only spirits poured by the staff. Efficiency driven up, costs down and no controls on consumption. Our friends began on Vodka and beers from 10am onwards. They were very drunk by lunchtime and continued and they kept getting served.

So, later that evening, when the scrotes had enjoyed a good solid 10+ hours of drinking, it got a little bit personal. There were we, my wife and I, with two new friends from London having a very nice chat when two of the above mentioned specimens appeared, in fact I did not notice them go to the bar behind us where the smart barman told them you had to pay for drinks in this bar, you did not but he wanted them out with as little fuss as possible. That is when I started hearing voices.

Now normally when people hear voices it is a sign that they are going, or have gone mad. I suppose, on reflection, that I went slightly mad there and then too because the voicing my ear, in its drunken slurring way was asking me if you had to pay for drinks in here mate, mate, I was not his ****ing mate. Why oh why do they come to me, is there a sign above me that I cannot see that says welcome all idiots. Well it was a cut the air with a knife moment and I just ignored him, my three companions were silent and the look on my wife’s face said it all, it was a potential bloodbath, not mine either. I kept my gaze on the table in front of me as the adrenaline kicked in. Then the voices said “I know you don’t like me mate”, spot on there then, “but I just want you to tell me if we have to buy drinks in here”, the world was standing still.

When I looked up they were leaving the bar arms around one another like lovers heading for bed. I distinctly remember my wife saying something including certain well known instructions to leave, now!! I thought she said it as they were leaving the bar, in fact she said it as they were speaking to me, adrenaline is a tricky little thing as we know, messes with the head for sure, she said she could see I was seething and she was right, I was ready to go all guns blazing and sitting and not reacting was one of the hardest things I have ever done. Keeping the monkey in his cage was damned difficult but I did it, I came down pretty well too and the couple with us looked quite relieved when we made a joke out of it. A small incident with a long fuse is how I see it, the long fuse being two days plus of prolonged and deliberate anti social behaviour, abuse and drunkenness. In fact it was two days plus of group monkey dancing, a prolonged group monkey dance where they strutted their stuff in the hope that some females would be attracted to some sink estates shitiest specimens, the kind of bloke most likely seen on the Jeremy Kyle Show (like Jerry Springer), in fact the only ones showing them any attention were the fab four previously mentioned.

It was not a freeze in the classic martial arts sense in that I could not act, I could have let the monkey free and splattered them both and enjoyed it. Instead I deliberately did not act or react in anyway and it worked for me, that time, it may not work another time but that we cannot know as each circumstance will have its own variables. The behaviour of these guys since their arrival was out of order in every sense, the script for their holiday clashed with the script for my wife and my holiday.

These guys were the archetypal bad image of Brits abroad, uncouth, ill mannered, uncultured drunken yobs. They leave the rest of us with a reputation we do not deserve. At arm’s length I observe, it is the sociologist in me or in this case possibly more anthropology, their monkey dancing continued in the next few days but was more subdued, they remained drunk but remained drunk at large in the resort rather than the hotel. We enjoyed our last few days in relative peace, nice trips to the beach, a beautiful meal at my sister and brother-in-laws apartment, sun shining and good books to read.

So how do we keep the monkey in control? Well I guess there are many answers for many situations. On this occasion the do nothing option worked well, nobody got hurt and it all blew over. Maybe I am far too sensitive but I really do not like being approached in this way by unpredictable drunks, drunks who I suspect are prone to violence, I have a pretty good identikit I use that keeps me safe. I also am older and wiser and confident in my ability to deal with situations, either by defusing them or stopping them with a controlled explosion of my own. My training keeps my mind and body prepared and even on this holiday I hit the gym for 1 hour each day but one.  A younger less experienced, less well trained me would have let the monkey gain control, there would have been a confrontation of some sorts and with alcohol fuelling it would not have ended well, I have had to live down too many next days in the past, this time I managed to keep the monkey in the can.