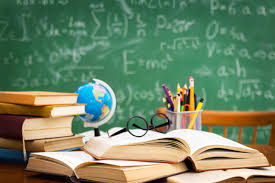 What does it mean to be literate in something? The general answer is that you are well versed in the various aspects of the subject.

Rory Miller has defined the Seven Aspects of Self-defense. They are:

Using this framework, Self-Defense Literacy requires having a working knowledge, understanding, and ability to apply all of these seven areas, not just a few of them. Literacy means being well rounded in multiple areas, not just a specialist in a single area.

A large part of Conflict Management (Self-defense, personal safety, etc.) revolves around the ability to make critical decisions, assessments, and problem solve. These aspects require an understanding of how to interpret statistical data and assess risk and reward ratios, a/k/a cost vs. benefit equations.

Let’s look at some practical examples of this idea.

One thing many self-defense instructors and practitioners like to do is review view video footage of actual attacks. I do it all the time. There is much that can be learned. But there are also hidden dangers for the unwary (illiterate).

When you view a video of an attack, the odds of an impending attack occurring are 100%. You know it is going to happen. The title usually gives it away. (Example Title: Woman at ATM Viciously Robbed). Here I am using the example of a person being mugged at an ATM as the video clip.

A Cognitive Anchor is when you attach to the first data point and use it to determine future assessments.

For example, I say the number “5”, and ask you to pick a random number. You say “10”. I say, “One billion”, you say, “One million”. In both cases, you could have picked ANY number, but you anchored to mine. My anchor influenced your “random” choice.

From Wikipedia (1):  “Anchoring or focalism is a cognitive bias that describes the common human tendency to rely too heavily on the first piece of information offered (the “anchor”) when making decisions.”

“Anchoring and adjustment is a psychological heuristic that influences the way people intuitively assess probabilities. According to this heuristic, people start with an implicitly suggested reference point (the “anchor”) and make adjustments to it to reach their estimate. A person begins with a first approximation (anchor) and then makes incremental adjustments based on additional information. These adjustments are usually insufficient, giving the initial anchor a great deal of influence over future assessments”.

When you watch a video of someone getting attacked at an ATM, you anchor to 100% probability of an attack. Therefore, you are likely to start believing that this type of attack is more frequent than it actually is. So what are the statistical odds of being attacked at an ATM in the United States? 1 in 50? 1 in 100? 1 in 1,000?

According the Center for Problem-Oriented Policing, the odds of being attacked while doing an ATM transaction are greater than 1 in a million (2).

That means, on average, for every 30 second of video clip of an ATM attack, there are over eight thousand hours (350 days) of non-attack video. While the exact numbers differ, this same phenomena occurs for videos of kidnappings, elevator assaults, home invasions, police shootings, and much more.

It is not only self-defense aficionados that view these attack clips, anyone (the general public) who watches the news or listens to the radio, also effectively watches these clips too.

While this discussion may seem obvious to our conscious/rational/thinking brain, our unconscious/emotional brain isn’t good a math. It determines risk based on what it “sees” and “hears”. And it sees and hears about people getting attacked on a “regular” basis without any context for the true odds. This brain doesn’t take into consideration that attack video clips are edited content taken from a tremendous amount of raw content where nothing happens.

The average person bases their assessments of danger and problems in our society, not on actual facts, but on how they subconsciously “feel” about the issue.  For example, an activist who LIKES a Facebook Page that highlights incidents of police use of force shootings, will see video clips of police shootings on a recurring basis on their News Feed. Before long, they be convinced that these events happen much more often than they actually do. They do happen. But what is important is the actual rate at which they happen, not the perceived (emotion based) rate.

How many of these activists will research actual statistical evidence to support their outraged claims of frequency? And of those that do, how many will have an understanding of how statistics and studies can be misleading, misinterpreted, and be used to outright lie?

An important part of Conflict Manager Literacy requires having a deeper understanding of how to interpret statistical risk. And also understanding how our unconscious minds influence our decision making processes, including assessments of Risk vs. Reward.