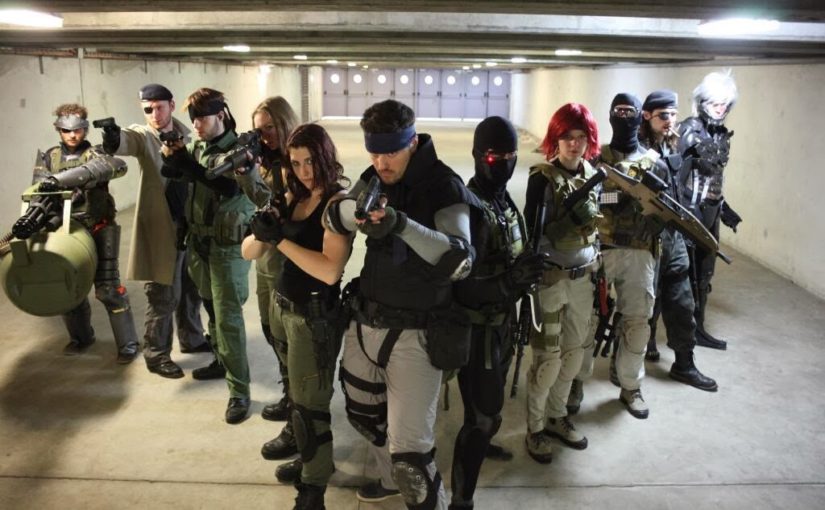 Let’s see if we can pull off a thought through-line that moves from a concept in zoology called cryptozoicism to an incident in the history of Scottish warfare, to a passage from Shakespeare’s Macbeth, to Tap-Out T-shirts and NRA stickers, and finally to some speculations on personal protection.

Basically it is the technical term for evasive movement or deceptive covering as in camouflage or bio-mimicry, in which a species has evolved or adapted/adopted a strategy of blending in with its environment or taking on the guise of a creature deadlier than the self in hopes of deterring attackers. We have the chameleon or octopus at one end of the spectrum blending with its environment almost instantaneously and at the other end the venomous and vibrant coral snake and the sneaky but similarly colored [and harmless] scarlet king snake and the need of the rhyme “Red and yellow kill a fellow.”

The following passage from The Outline of Science, Vol. 1: A Plain Story Simply Told by J. Arthur Thomson is probably all the explanation needed for the concept.

“For every animal one discovers while observing carefully, there must be ten unseen. This is partly because many animals burrow in the ground or get in underneath things and dip into dark corners, being what is called cryptozoic or elusive. But it is partly because many animals put on disguise or have in some ways acquired a garment of invisibility.”

Modern hunters and indigenous peoples for ages have adopted cryptozoic tactics to stalk prey, from modern camouflaged duck blinds to American Indians swimming submerged under a bundle of cattails attached to the head to snatch water-fowl from below.

It is no stretch to assume that mankind also adopted cryptozoic strategies when facing other men in battle. Despite the long period of vibrantly colored military uniforms and attacking in formation, we see cryptozoicism in modern Battle-Dress Uniforms (BDUs) and have countless tales of “stealth by disguise” being used as a battle tactic. Let’s look to one for illumination.

If we are familiar with Macbeth we will know the story of the Walking Woods of Birnam. If you’re not familiar, no worries.

Macbeth was based on an actual royal spat. Malcolm was gifted The Royal Forest upon his marriage to the Princess Ada in 1160. A portion of the Royal Forest is known as Birnam Hill. The treacherous Macbeth has designs on Malcolm and his property, and Malcolm is aware of Macbeth’s solid military skill so rather than meet him head-on he uses a strategy of camouflage to get close to Macbeth.

“Let every soldier hew him down a bough

And bear’t before him; thereby shall we shadow

The numbers of our host and make discovery

Err in report of us.”

Spoiler Alert: This bit of poetic cryptozoicism is successful.

Camouflage, bio-mimicry, and cryptozoic tactics are and have been so successful for many species, including man, for so long it is a point of curiosity that it is largely abandoned in the civilian sphere in some quarters.

I call your attention to the proliferation of Tap-Out t-shirts and other like garments or tattoos that proclaim some affiliation with martial prowess.

I call your attention to the adoption of military clothing or law enforcement tactical clothing by members of the civilian population.

I have had remarked to me by many friends in the military or law enforcement that most of the folks you see in the mall who just so happen to be wearing tactical boots or some other such accoutrement more than likely are not currently on-duty with the local police or military personal on leave. Rather they are civilians who have adopted the costume of the life-style.

I use the word “costume” for three reasons.

The first, it is correct. Any clothing we don is and can be referred to as a costume.

I also use it in the “play-acting” sense as anyone who dons the clothing or gear of a particular lifestyle is signaling that they wish to be associated with the dressed-for occupation. After all when we see a child in a Spider-Man costume we don’t assume he’s thinking Wonder Woman thoughts.

Now, to be clear I am not mocking adopting costumes, we all do it to varying degrees. We see sports jerseys and baseball hats galore on any given day and yet how many of these folks do we think are actually actively engaged with playing the advertised sport? I do not think sports paraphernalia wearers are attempting to make me think “Hey is that guy in the #12 New England Patriots jersey Tom Brady?” I think I’m supposed to assume he’s a fan and likes football.

But when we see the guy in combat boots, slate-grey cargo pants, and a clip-knife showing are we to assume cop who just got off duty? Or big big fan of law enforcement fashion?

Again, no mocking going on here—stay with me.

What may actually be occurring here [wittingly or unwittingly] is one of two things: True Signaling or Decoy Signaling.

The True Signaling Combat adopter may indeed possess the military and/or LE background we are seeing in the costume and we are simply noting an expression of that background. It is also signals “Hey, I just don’t wear the jersey I play the game.”

The strategy of the Decoy Signaler is similar to that of the benign scarlet king snake being mistaken for the venomous coral snake: “I may not be a high-speed/low-drag Spec-Ops warrior, but I look like one so watch yourself.”

In either respect of signaling there is no real value judgment applied-yet.

Here’s what we must ponder. Gang colors are also signals, often True Signals. To those unaffiliated with any gang, colors often let us know which part of town to avoid or when to cross a street. A sort of porcupine or skunk strategy.

To the affiliated, gang colors signal to members of other gangs “Ah, a target!”

A bit ironic and a seemingly unwise strategy.

Also ironic—military and LE tactical gear is designed to be cryptozoic, to blend in. Donning said gear outside of the environment they are meant to blend in with is the opposite of their intended purpose, which leads me to assume we’re back to decoy signaling as opposed to utilitarian adoption. A Desert Camouflage Uniform makes sense in many hot-spot war zones, but far less so while shopping at Target.

Again, I have no argument against such signaling, I myself have been gifted hundreds of t-shirts from fight gyms the world over.  I’ve had the honor of being in some of these gyms for only a single weekend and I wear them not because I am “affiliated” with that gym but rather because they were gifts from kind folks, because they are comfortable, and because they are convenient. I assume that is why many such conspicuous signalers wear their costumes as well.

But…we do have to ask ourselves when some predators have actively confessed that they see such costuming as targets of first choice in spree situations [as in gang colors] is this piece of apparel always the wisest choice?

It may be, it is merely a question to be asked.

With cryptozoicism in mind, for the next week each time you encounter any costuming ask yourself what signal am I seeing here? And more importantly, examine your own wardrobe choices and ask “What exactly am I signaling?” And are there any drawbacks to the signal I provide?”