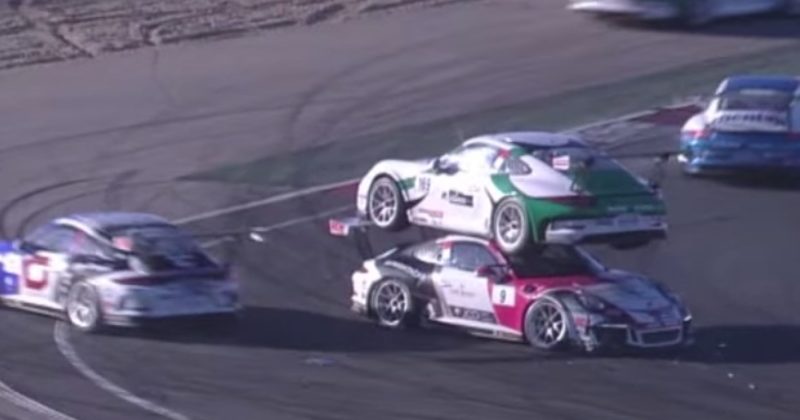 Last month, I wrote about normalization of deviance, the process by which cutting corners and skipping established protocols becomes simply “business as usual.” This month we’re going to look at the other side of the coin.

Violence presents a perfect storm for ignorance. The events themselves are rare. You will not often meet someone who has personally experienced a hundred assaults. Violent events tend to be quick— the internet is happy to give you numbers such as “6 seconds” or “3-8 seconds.” Assuming that’s true (most of mine took longer, but that ‘applying handcuffs’ step can be slow) a hundred fights would add up to a grand total of  five to fifteen minutes of experience.

Further, anything experienced in this five-to-fifteen minutes of experience tends to be experienced in an adrenalized state, with all the sensory, cognitive and memory distortions that implies.

Acts of violence are complicated on multiple levels. An attacker in a rage is different than one with a plan, even if both are active shooters. Two shooters may have wildly different goals, training, ability, equipment… the list goes on. And the intended victim is also a very complicated and often unknown quantity. Then there are the bystanders. And the environment. And…

But also, very rarely, the stars align and a technique that has no business working saves the day.

These weird successes can happen for a number of reasons.

Sometimes, there is an abnormality in the person performing the technique. Bare knuckle boxers used the term “heavy hands” to describe a boxer who could reliably hit an opponent in the head without breaking his metacarpals. I believe there may be entire systems based on the genetic gift of one practitioner who died long ago.

Sometimes, there is an abnormality in the person receiving the technique. A lot of things work on drunks that fail on sober people, and vice versa. A stomach punch is an entirely different thing to a threat with a full bladder. Accidentally striking or gouging an existing injury can get an unexpected reaction.

And sometimes, it is just dumb luck. Maybe the effortless takedown was awesome or maybe the bad guy just slipped. Maybe your gouge made the grappler spring away… but maybe he flinched when he knelt on some broken glass.

Then there’s the twilight zone stuff. Everyone I know who has survived a close-range knife ambush broke the rule that “action beats reaction.” Several of us have done things when it counted that we were never able to replicate in training.

Institutionalizing a fluke is to make something unreliable part of your tradition or procedure. Assault survival— real self-defense— is very high stakes, very hard to pull off successfully, and there is a dearth of good information.

Tradition is the mechanism humans use for accumulating and passing down rare but important information. Kano Jigoro (I was told, might have been someone else) said, “We must learn from the mistakes of others. We will never live long enough to make them all ourselves.” Tradition is the accumulated successes and failures, the collected knowledge, of a long-standing group.

When unexamined and untested, you simply can’t tell the flukes from the effective techniques. Especially when people in positions of authority can’t bring themselves to admit ignorance and invent plausible reasons for stupid things.

Life-or-death combat also skews knowledge and tradition towards the positive. If something worked, you’ll come back to the training hall and tell everybody. Whatever worked will become part of your tradition. If something failed, however, you don’t get to come back and spread the word. Techniques (and flukes) accumulate, they are rarely weeded out.

This is very different for combat sports. Non-lethal encounters and spectators make for tons of information from multiple perspectives. Sports are also driven by tradition, but it is the accumulated tradition of success and failures; not dependent on the memory of a single adrenalized person and; subject to extensive analysis and experimentation. Sport arts evolve very quickly.

There are two dangers with flukes. The first is obvious. If flawed information has crept into your syllabus over time, you have weaknesses and points of failure to which you are blind. It kind of sucks when your never-fail technique fails and your ass is hanging in the wind.

The second is when the results of a fluke are so desirable that there is a push to formally require others to follow suit. To mandate “luck” as an essential part of the system. In 2013 a man slipped into the Ronald E. McNair Discovery Learning Center, a grade school, with a semi-automatic weapon. Antoinette Tuff, a front office worker, talked him down. Kids didn’t get shot. The gunman didn’t get shot. Responders didn’t get shot. A perfect win— no injuries in a dangerous and highly volatile situation.

And there were a few voices using this as an example that anyone could be talked down, by anyone. That force should never be an option. Do you think none of the victims of Columbine or Newton tried to talk? Tried to reason or argue or beg? Only the successes get reported.

Without more real world experience than an individual could survive, it’s hard to find your flaws.

I’m not going into finding flukes, because, believe it or not, I don’t think that’s the problem. The biggest problem is that people defend their flukes, explain them away, ignore or support them.

People invest not only time and money, but also identity in their high risk games. People rarely “practice martial arts” but are far more likely to say, “I’m a martial artist.” I had a huge amount of identity invested in being a tactical team leader. When humans have invested time and identity, sometimes sweat and blood, it’s really difficult for us to admit that some of it might have been wasted. We tend to double down on the stupid.

I learned the pronated straight punch of traditional Japanese karate. Every wrist injury I saw on a heavy bag was from that punch. It shortens your range slightly. Despite what I saw, including real injuries, I couldn’t admit it was a flawed technique… until a very old Japanese man (and for my psychological purposes he had to have been both old and Japanese) explained that it was intentionally introduced to make the wrist weaker because the Japanese were not as tolerant of the occasional training deaths as the Okinawans.

Don’t get your panties in a bunch if I just offended you. It’s not about you or the system. It’s all about me. When you invest identity, you will sometimes discount personal experience. We work to protect our own flaws.

When boxing gloves were introduced, head punching became the center piece of boxing. It wasn’t in the bare knuckles days, largely because hitting people in the head is more likely to do permanent injury to the hand than even stunning damage to the head. But head punching has become so iconic that it will be part of MMA for a long time to come, and will require gloves and handwraps to make it viable.

Once upon a time, someone tried to stab me in the back. It was done with a lot of resolution and appreciable skill. The only reason I am alive is because I saw a reflection. What I did physically was spin, clap my hands together over the blade hand, and twist.

Awesome. We have one example of a technique actually working in a worst-case scenario. Yay. Let’s teach that. Except…

I couldn’t do it again in a million years. I’ve tried to replicate it in training. As near as I can tell, it’s not possible. The time framing doesn’t work. You can’t spin and get one hand around the weapon so you can hit it from the outside and the inside simultaneously hit it from the inside before a lunge (which started first) can be completed. Can’t be done.  But it happened.

To try to make this a centerpiece or even one technique in a system would be to institutionalize a fluke. It would make the students weaker.

Comment by Erik Kondo
The following video shows a fluke.