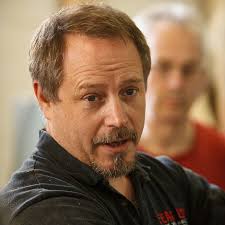 EE – What was a normal day as a detention officer?

Depends on your assignment and your work ethic. As a deputy, when I worked housing I’d attend briefing, get my keys and radio from the deputy I relieved and count all inmates and make sure they were healthy. Then check to make sure that everyone was who they were supposed to be and in the right cell or bunk. Also checked the dorm equipment to make sure nothing was taken or broken.

Then, generally, I’d let the inmates out of their cells or off their bunks. They could socialize, play games, read, study, do paperwork, exercise. I’d be wandering around among them listening, watching and keeping things calm. In closed custody, that would be 16 inmates, in our “nicest” classification it would be 190. 16-75 inmates, the deputy would work alone. 190 we had a partner. Count them, feed them, search them, get them ready for court, visits, and outside recreation. At the end of the shift, get them all back to their cells (34 inmates if in individual cells, double bunked would be 64; 55, 60, 75, and 190 would be no cells, just open dorms.) Count them and hand off a quiet dorm to the next shift.

Other work assignments might include controlling movement with electric locks and cameras; escorting inmates who had to move within the jail or between jails; and several jobs in Reception (Booking) that included searching and processing new inmates and moving them to available bunks in the jail.

When I became a sergeant, my primary job was a wandering trouble-shooter. I’d have multiple deputies watching multiple dorms and I would spend as much time as possible in there, listening to complaints, watching for trouble brewing and putting out fires.

EE – How was your relationships to the criminals you faced as a prison guard?

RM – Pretty good, generally. The rules of respect are pretty clear-cut in a jail. Treat people with respect (not deference) and you tend to get respect back. As your reputation grows— not your reputation as a fighter, but your reputation for being fair— and the older cons would caution the younger guys not to be stupid.

One example. It’s well known that criminals don’t like to talk to cops and have strict rules about informing. That was almost never a problem for me. I usually got full cooperation. One of the duties of a sergeant was to investigate incidents. So if two guys had a fight, my job would be to try to find out why. Some sergeants would try to cultivate snitches. They’d look for weak, vulnerable, or low-status inmates who might pass on information in hopes of some kind of reward. My tactic was to get the highest status cons I could and ask them together (so there was no suspicion that someone was snitching) “Gentleman, I’ve got these two young guys dead to rights on the fight, they’re going to the hole. But I don’t like bum-beefing anybody. So I’ve got two questions for you: Was it a fight? If one guy started it and the other didn’t have a choice, I want to put that in my report. I don’t want anybody getting anything in his jacket he didn’t deserve. And two: Is this thing over? Because if this is just the symptom of a bigger problem and I can move a few people now and no one else gets hurt or goes to the hole, that’s better for everybody.”

Basically, everyone in jail wants it clean quiet and safe. When I had the rep with the old heads that I wanted the same thing and was trying to prevent trouble instead of punish it, most were willing to help out.

Best evidence, though is that I’ve run into a number of former inmates on the street. They recognize me and we can have a talk.

EE – Do most criminals come from a violent background? Do you think we are born violent as human beings or that we are “made” violent?

RM – Violence is just a tool. And there’s never been a non-violent way to get food, so in that sense, anyone not born violent isn’t fit to survive except as someone else’s pet.

Not all are violent. Many addicts and burglars for instance try to avoid confrontation. But any kind of criminal prohibition (like making drugs illegal) creates an economy where the only enforcement is vengeance. So learning to be competent at violence is a necessary skill.

If a criminal becomes a member of the criminal subcommunity, he or she will be surrounded by people who regularly solve problems with violence, so the survivors learn how to match that.