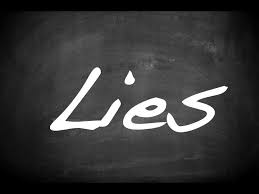 When it comes to violence, you will hear a lot of lies. These lies come from martial artists, self-defense experts, the police, the media, the WWE, Hollywood, politicians, anti-violence activists, and more.

Here are just a few of them.

2. Only stupid or uneducated people resort to violence.

3. That there actually exists a fighting system in which you can’t be beat.

4. That bullets don’t punch through car doors or through house walls.

5. That you can hit someone repeatedly and not break your hand.

6. That when you shoot someone they automaticity drop dead
or get blown off their feet.

7. That beer bottles shatter when you hit someone over the head, but his head doesn’t.

8. That cars blow up when you shoot them.

9. That violence is random and senseless.

10. That you have to be loud and belligerent to make yourself threatening.

11. That Boxing and MMA don’t teach you anything about violence.