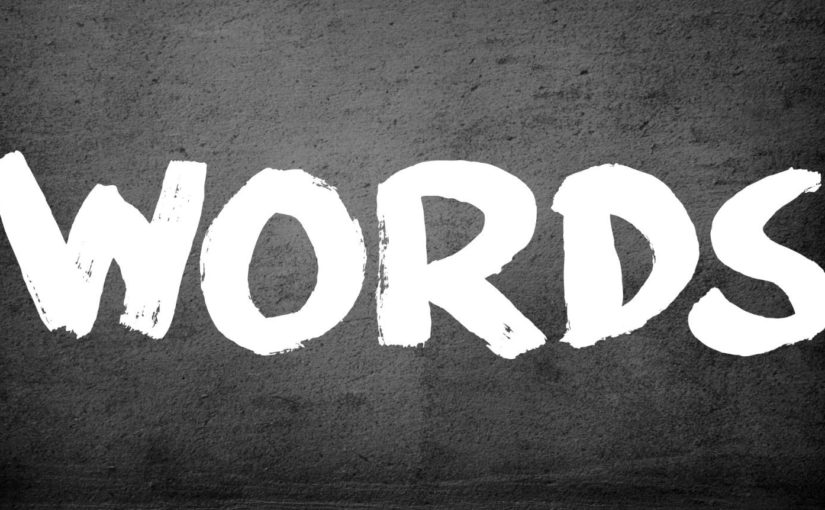 “They’re just words.” Words and their symbolic meaning can have a profound effect on the receiver, one that may not at all be intended by the messenger. We all have our own individual life experience and frames of reference and those uniquely individual experiences can change the way we take in meaning, unique from others. Words like ‘defense’, ‘defend’ or ‘self-defense’, ‘counter’, ‘reaction’  and ‘block’ when turned into ‘greater aggression’ or ‘overwhelming response’, ‘pre-emption’, ‘action’/’counter-action’ and ‘destruction’ can change the entire context of how one may need to utilize violence as a counter-violence measure. Simple changes in vernacular like women’s self-defense to women’s empowerment, self-defense to counter-violence, tactical response to tactical solution can drastically alter perception and therefore the mentality of how it’s absorbed and put into play.

People are innately and unconsciously affected and influenced by the term one gives them. Think of it as neurological conditioning. If, for instance, they believe it’s a strategy, they will act accordingly, that it’s neutral and effective as strategies are perceived as something with contextual positivity, an element that helps their cause. The term submission has an entirely different psychic definition to the vast majority.

For example, utilizing ‘submissive postures’ in the interview phase of conflict may and can be a great tool to either de-escalate or to deliver a pre-emptive attack, context-dependent, but the issue isn’t with the concept itself, but in the terminology. Submission may indeed be a form of negotiation but it is widely perceived as a negative by the vast majority in the public. If your goal is to teach someone to utilize it as a tool for mutual benefit or for persuasion purposes, your approach may be entirely correct but if it’s subliminally absorbed as something relating to weakness, loss of advantage or cowardice, it may have the exact opposite impact on them when utilizing or attempting to utilize it. It may also transfer to other areas outside of the given circumstance like a domino effect.

The point isn’t that it’s a conflict with the methodology (whatever that may be), only the importance of the title you give it as it absolutely changes the mindset and implementation of the skillset to the receiver. Inevitably, it’s not the message but the delivery of said message. The meaning is very often in the receiver’s interpretation of it, not the sender’s desired intent and that, my friend, means everything as they are the one putting the skill into play and, in our industry, it could be a high price to pay.

Take the word ‘fuck’, for instance. Adding it to “What do you want?” can turn the meaning into a far more powerful one for the purpose of creating space, both psychological and physical. How the person on the receiving end understands the intent of the question is irrevocably change and may even create a momentary shock as to the audacity. A means to an end. (and preferably not when Mom shows up at your door with a pie and 2 cups of coffee) Swearing can be a useful tool to provide an exclamation mark on intended meaning.

The reverse can be true regarding the name of your brand new shiny tactical folder, dubbed by the maker the “Headscalper 3000.” If ever actually needing to use this tool in an actual self-defense scenario (although I realize many simply do this a hobby or pastime and rarely even think of the consequences during their training of what it is they actually do) I’m sure your plea of self-protection may fall on somewhat more deaf ears with judge, jury and LE when explaining why your pet is titled so aggressively. (“Killer” the pitbull, anyone?) This goes towards all logos, school names and techniques as well. They represent you and your intent, your mission statement, if you will.

Graphic, aggressive and macho terms, for instance…what you call them may put you in legal hot water later on. Mantras can have the opposite effect in the form of empowerment if utilized correctly and with achievable aims. I see discussions end in hostility, threats and challenges to agreed-upon “violence” on Facebook almost daily now as one word’s meaning can change the entire context of digital graphology. Factor in different cultures, machismo and pride and you have a powderkeg. (Facebook is not a self-defense scenario, by the way, but don’t tell anyone)

Next time you’re unwinding and watching TV or surfing the net, pay attention to commercials and ads. Notice the subliminal words, phrases and images they utilize to manipulate (another word that CAN be beneficial to move someone toward a positive mutual outcome but that has staunchly negative connotation) you into buying their product or service. Political and social propaganda is driven by this same methodology.

For Americans, this is the perfect time for you to be aware of this: political rhetoric, subtle media manipulation, negative campaign ads, partial journalistic storytelling without context…they toy with your perception to push you towards another thought process. It is truly everywhere and it has a profound impact on how we think, what we do, our reactions to stimuli and, in this case, our ability to manage conflict or deal with violence once/if that avenue has past. Words have heavy neurological impact based on experience, emotion, trauma, euphoria, societal dictates and a host of other triggers. It truly pays to be cautious in the words you use.