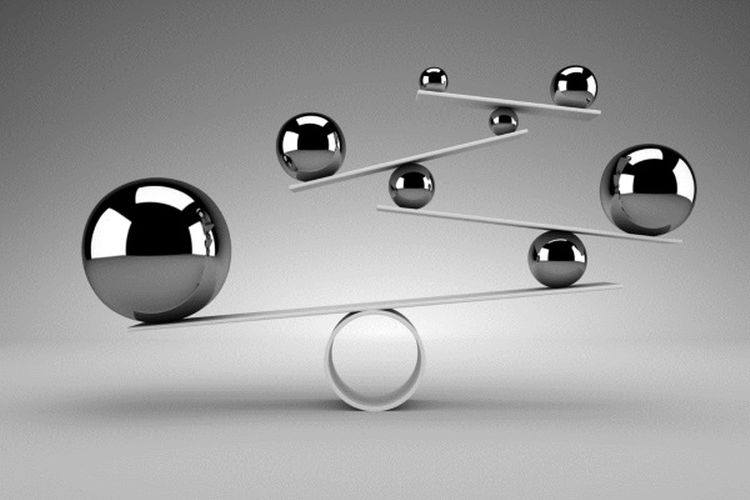 For example, what comes to your mind when I say ‘Fitness’? Now when I say ‘Self-Defense‘ ‘Self-Protection‘ ’Conflict Management‘ etc. what areas of studies come to your mind? Does one specific thing come to your mind or more than one? There are many other similar fields of study like physics and engineering that focus on various areas of those subjects.

Now, let’s take fitness for example, it’s not just about lifting weights or “just”  running or “just” yoga, stretching, etc. No, in biological terms, Fitness is an organism‘s ability to survive in a particular environment. Of course it can also be described as being competent enough to fulfill a particular task. It also can be described as a condition of being physically strong, athletic and healthy.

There is no one aspect of fitness, it consists of combining different areas that focus on improving your physical abilities. The main areas include Cardio, Calisthenics, Weight training and along with them an equally important aspect would be; Diet and Nutrition. Of course there are sub-categories of the above mentioned areas that focus on and specialize in different aspects like Endurance, Stamina, Dexterity, Reflexes and Flexibility, Strength, Speed, Durability, Conditioning, but doing only one of these, won‘t mean that you have achieved physical fitness, it would only mean that you‘re not totally out of shape. Only by training every aspect, understanding it as a whole and applying the knowledge practically will you achieve a certain level of fitness and you will progress further from there. The thing is, fitness doesn’t end on the physical level, but extends to a psychological level too, there are exercises that help you be more focused, improve concentration, etc. When you train on both levels with dedication and persistence, you achieve total fitness.

Same goes with Conflict Management, Self Protection, Self Defense, etc. They’re not just one thing, they’re composed of many different aspects that address all the necessary requirements to survive violence. Focusing on just one of those aspects will not help you prepare for what you think you are preparing for, instead it‘ll just give you a false sense of security that will be destroyed when you face something you weren’t even aware was a part of it.

There are many who tend to focus on just one aspect of those subjects, resulting in an incomplete analysis of what they truly consist of, therefore not achieving effective solutions to the problems they‘re claiming to solve.

Same goes for the training balance between SD and Martial Arts. They’re not the same. Simply put, SD doesn’t take a lifetime to learn, it’s a legal term used when you need to justify your violent actions during an attack in the court of law. You simply cannot pile them together, there has to be a balance between what you train for violence and what you train as an art or as part of a skill development routine.

When learning and training in subjects like CM, SD, SP, a lot of different areas need to be focused on. They are;

These areas give an overall understanding of violence dynamics. While it is a broad subject, the physical aspects are given the most preference than any other by most. There is no balance in training for violence, it’s all about fighting for many.

But without the balance in training, the knowledge and preparation required to face and survive violence is not gained resulting in an incomplete understanding of the subject matter. When that happens the individuals involved in the violent incident have to face harsh Consequences of their actions. They don’t know when to avoid and back-off (Strategic) and they don’t know how to prevent it (Tactical), they’re not aware of the Legal, Moral or Societal Consequences of their actions, so they resort directly to (what is supposed to be) the last option, I.e. the Physical part of the subject without considering the Environment they‘re in, which either leads to them landing in more trouble than they imagined and more damaged than they expected (or didn‘t expect), not to mention the Psychological issues that occur in the aftermath of violence.

Same goes for Martial Arts too. Too many get too focused on the punching and kicking rather than focus on the responsibilities that come with being a Martial Artist and the in-depth knowledge required to actually be competent enough to utilize the techniques taught as practically as possible in the appropriate environment and to know when and how to translate them to various situations.

Most of them just follow “What their instructors once told them“, rather than think for themselves and try to understand what the instructor meant by what they said or even question whether what they said made any sense at all in the first place. All the while forgetting to maintain the required balance between the physical aspect of Martial Arts and the non-physical ones, which in MA’s case, includes an unique aspect of; Philosophy. Many know it as ‘Budo’. Of course, it’s a Japanese term, but the philosophy itself is applied in virtually all of traditional and classical Martial Arts. It encompasses much more than physical techniques and violence, it includes self-control, self-discipline, respecting others, understanding your art in not just width, but in depth. These things, the principles, they transcend the physical aspect of Martial Arts. They’re what help a Martial Artist maintain the balance in their training.

In conclusion, Balance is a simple principle that applies to just about everything. Without balance, the desired results will not only be difficult to achieve, but almost impossible.

It doesn‘t matter how hard you train in one area of the subject, not unlike a machine, without all of the components, the knowledge will not be fully functional and effective.

Of course, I’ll add this, I’m obviously no “expert” on any of the subjects above. What I wrote, are just my opinions based on my experiences and research, you (the reader) will have to test things out for yourself to check and see if I’m b.s’ing or if these things are indeed true. After all, what good is information if you don’t test it and put it into action, right?

Well, that’s all. Thank you for reading.