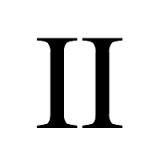 When I hear of a ‘horrible’ event I ask, “Did the person live?”
If yes, my response is, “Good.” This often provokes outrage. How
could I respond like that to something so terrible? They don’t
understand how different my scale of bad is from most people’s. As in
if the answer is no, my next question is, “How many parts was the body found in?”

I don’t think there is a self-defense instructor on the planet who hasn’t heard, “What if I can’t leave?” Now granted this is often is in the form of what I call a Twenty-seven Ninja Question. “What if I’m walking down a dark alley and I get jumped by twenty-seven ninjas with Uzis?” That’s the person’s imagination running amok and creating unrealistic, no-win situations. For the record stop trying to answer these with anything except, “You die.” You will never be able to come up with workable solutions faster than their imagination can come up with no-win scenarios.

The real problem, however, with “what if I can’t leave” is who’s being asked. How many instructors give the subject of withdrawing from a dangerous situation anything more than a hand wave? “Well of course, you should always try to withdraw. But when you can’t, here’s all the cool mayhem you can do!” That’s more than a small mistake—it’s a real issue that can get your students killed or put into prison.

Notice I was vague about all this? Well that’s another article, but after seeing multiple incidents where someone did follow someone ‘trying’ to withdraw, I can assure you most of them were provoked by the so-called victim. Do you have any idea how this provocation happens? And if not, how can you teach what you’ve never thought about?

I’ll give you another titillating tidbit to consider. It’s the people who ask, “But what if he follows” (another version of can’t leave) who are the ones most likely to provoke that very reaction. I highly recommend you invest skull sweat thinking about what causes someone —who was willing to let your student walk away—change his mind and attack.

But that isn’t what I want to talk about in this article. The issue I want to discuss calls into question much of what is being taught as self-defense. It’s based, not on the hypothetical “what if I can’t leave,” but the realities of when you can’t. That is: Do the people you teach have, first, the dedication and, second, the commitment to do what it takes—no matter the cost?

This is sort of important in a “what if I can’t leave context”? If the answer is no, then why are you wasting time teaching things that require dedication and commitment in order to work? Why are you not teaching something that they can use right now  to keep themselves safe? Like that it’s okay to withdraw before things get to the point where you can’t? Like how to safely withdraw? Like how violence tends to happen and how not to contribute to the escalation? Like how strong emotion can blind us to developing danger — especially when we’re mad or offended? Or do you figure that if they keep practicing, in five years they’ll be able to do the physical stuff you’re teaching?

Now I’m not talking all the mumbo jumbo about instilling confidence. We’re in the self-defense business, not self-help. If they need therapy, send them to a psychiatrist or counseling. Self-defense isn’t about feelings and self-esteem. Can this training affect those? Yes, of course. But that is a byproduct of self-defense training not the goal. Let me remind you: People’s lives, freedom and finances depend on the quality of information you provide.

Why am I so adamant about this? A violent life has taught me: Confidence without the ability to back it up is not just arrogance, but suicidal. You have to know the limits of the training you provide and tell them that. That’s because confidence without competence, knowledge, and willingness to act leads to bad decisions. Decision-making often based on willful ignorance about the degrees of danger someone is putting him- or herself into. Levels of danger far beyond their training or abilities.

I have a friend who, despite having a PhD, grew up on the streets and had seen the savagery and horrors of predators. He had a young co-ed who told him because she knew Krav Maga, she was safe walking, late at night, alone, on the campus. My friend said, “Not a good idea,” and she got defensive. It resulted in her demanding, “Well, how would you attack me?” He told her. Her response was, “But that could kill me!” His response was, “Honey if I’m a monster who wants to rape you, I don’t care if you’re conscious, unconscious, or dead when I do it.” Welcome to the realities of the differences between a drunken frat boy (who ignores no) and real-life monsters. The kind of monsters no amount of training will prepare you to go head-to-head against. Training is good, but the survival requirements come from another place

That was the knowledge of the limits of her training I was talking about earlier. Would her Krav and confidence have worked on a drunken frat boy? Probably. But a woman walking the campus alone at night isn’t going to get attacked by Chip (or others of the Izod set). What will be coming at her is a whole different animal. And that’s assuming it’s not a run-of-the-mill mugger, who will just shoot her at the first sign of resistance. (Oh, like say, dropping into her fighting stance.) Sure, she was willing to kick and punch, but that’s a social violence strategy. It doesn’t work well with asocial violence and predators. Those are the kinds of monsters that prowl the night she was so confidently walking through.

This is why: “Do the people you are teaching have, first, the dedication and, second, the commitment to do what it takes—no matter the cost” is a more important question than you might think.

Now I will be the first to admit we’re in a market-driven field. For example, I recently had a woman call me up and ask, “If I did an eight-hour, one-day women’s self-defense seminar”—because that’s what she and her friend wanted. I told her no and began to explain why. She hung up on me before I could tell her, “Almost all one-day seminars are more dangerous to you than no training at all.” Why do I say that? Well for multiple reasons.

One, anything she’s likely to learn in what is being taught in most seminars like that she’ll forget in three days. Not just improving but retaining newly learned physical skills takes practice. Practice most people don’t do. Two, most self-defense seminars are about fear management not danger management (soothing fears instead of teaching you how to manage danger.) Three, violence does not have a simplistic, one-size-fits-all, this-works- for-everything technique that you can learn. Four, violence is a spectrum of levels and types. An answer that works beautifully for one type doesn’t work for others (for example, drunken frat boy versus lurking serial rapist or murderer). Five, under adrenal stress you cannot effectively perform (hell, arguably even remember) techniques you haven’t practiced and ingrained prior to any dangerous incident. Six, even though my caller wasn’t in college, she was looking for equivalent of what Krav Chick thought she had: Something that would work on drunken frat boys, muggers, and monsters —except in this case learnable in eight hours. Sorry, lady, there are monsters out there that the only thing the average person can do is run screaming from. Eight hours won’t prepare you. It’s arguable eight years won’t be enough to cover all the possibilities of just three of those scenarios.

The list goes on for a bit more, but it ends with: Overconfidence and false confidence based on misunderstood information. That’s what eight hours is most likely to teach you.

Here’s an example. And what I am about to say flies in the face of the most cherished SD myth there is. Yet it’s a staple of eight-hour seminars. That is if you walk with confidence (like you’re going somewhere) the bad guys will leave you alone.

This. Is. Bullshit. There are countless more factors that go into who is targeted and why. Taking this idea to an extreme, walking alone through gang territory at night, unarmed, you can project all the confidence you want—but it’s not going to keep you from being targeted. Yet, I have encountered people—who have a little training—who believe it does. Enough so they’ll foolishly walk in such areas. “I can take care of myself.” That’s over confidence. Conversely, someone who is afraid and has no training has no problem being behind locked doors in that kind of area at night. As such, the person with no training, but common sense is safer than the person with some training who is taking unnecessary chances. Often this escalates into high-risk behavior among half-trained people because they believe they can take care of themselves.

Here’s a reality break. It is seldom the mouse that is the victim. That’s because mice have no problem running like hell—and doing it right up front before danger has a chance to really manifest. It’s the person, who has too much unfounded confidence, who walks into the tiger’s jaws. (Look up Dunning Krueger Effect.)

And why shouldn’t they be overly confident? How much time do you spend empowering them instead of telling them the limitations of the training? Or are you so busy trying to build confidence, you never tell them what the training doesn’t prepare them to handle? Two examples pop immediately to mind. One, mixed martial arts training won’t save you against four opponents. Two, carrying a firearm isn’t much help for non-lethal force situations.

If you’re not telling them their limits—why not?