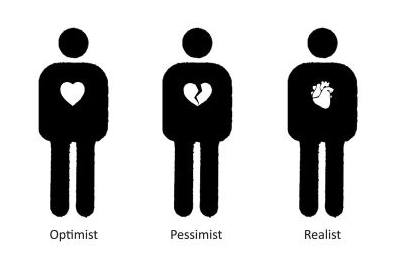 Today I’m going to write a post based on my personal experience in life. No research material, no past cases of others, just my life, what I have lived through during my journey.

When I first started my training in Kyokushinkaikan Karate, I was this excited little 8 year old who was going to have this amazing experience, which I did, as time passed, the novelty wore off, as it does with everything and everyone, then I moved on to boxing and so on. The only thing that remained was my passion to train and learn more about different styles and systems and methods and principles, etc. then when I became a teen, my something else was added in my interest of learning, that was to know and understand the reality of violence, and I aggressively pursued that thirst for knowledge, I researched everything I could about that subject and I still do and find something new every time, well, sort of new anyway, I even had my own experiences with violence, but I don‘t talk about them much as they were far from something I want to brag about and in fact were quite traumatizing and brings up bad memories for me, I do use them as a learning example though.

That is what I lived through ‘on paper’ so to speak, whenever I’m asked of my history, that is what I tell everyone, but what I don’t ever mention are my struggles during the period of my training, my transition to what I do now and who I am today. I will share some of it here today for the first time, hoping it will help someone in someway. I’ll include only enough to get the point across, as I‘m not used to being very public with my personal life.

Here it goes, I started my training when I was 8 so most of my life has circled around my training, but that does not mean that the following can’t be applied in day-to-day life.

When I started training, I had this optimistic and idealistic concept of what Martial Arts training is and should be like, I was just a child living in a fantasy of wanting to be a “cool-ass” “superhero“. You see most people start out with that kind of thinking, regardless of age, not just with Martial Arts or fitness training, but with almost everything they do in life.

Now mind you, being optimistic is not a bad thing, but always being too much of an optimist, creates an idealistic mindset in which the individual always thinks that things will go a 100% according to their plans and nothing will ever go wrong, they feel like they’re untouchable and indestructible, everything is fine and nothing is or ever will be otherwise, an illusion which, when they face reality of things, comes crashing down on them. A thing that happened to me, when my bubble burst of what Martial Arts training and life beyond the comfortable world my mom created for me was supposed to be about. The lesson I learnt was so harsh that I almost quit my training…Almost, Lucky for me, more on than below.

After the harsh lesson that taught me that Martial Arts were not so you can become some super acrobatic badass who kills “bad guys”, no, they only exist in the movies, after my lesson, I was so in shock, I lost my optimist mindset and became a complete pessimist, a mindset, which I still sometimes lean towards, but not let it take me over.

Becoming a pessimist, I started viewing the world from a completely different perspective, I saw a world in which no good existed, only evil, only selfish people existed, everything was wrong and destructive, I found this world and society disgusting, including myself for being a part of it, I alienated most of my friends that I met during my travels and the ones I had in my hometown and messed some other things up quite bad too. Pessimism made me think that nothing good can ever happen to me and that there is no point to life, no point in living, it made me go numb, at one point I had no emotions at all. I was borderline suicidal, I wouldn’t socialize, I don‘t much now either, but this was way worse, I isolated myself from the world, I slowed down my training and my research, thinking it’s always the “same crap“, it almost stopped, without realizing that even from that “same crap“ I could learn something new, something I missed. I was borderline depressed.

But universe, being as generous as it is, gave me a second chance via a wake up call, it was subtle but was enough of a jolt for me to snap the hell out of it. My passion of what I do was reignited, that’s when it clicked, majority of my choices of my mindsets were based on being too extreme, I was always on either spectrum, being too much of an annoying optimist, which made me develop and idealistic thinking and then when the bubble burst, I jetted to the other side of the spectrum, landed on borderline depression and became a nightmarish pessimist. While all I had to do was practice what I always preach now, ie; being balanced. In this context, all I had to do was be a Realist. To see that there is no good or bad, but just what we make of things. Now the ‘good people’ and ‘bad people’ “debate” is something for another day and another article as it‘s a whole other topic, so I won’t go into much detail about it here.

The point that I’m trying to make here is, all I had to do was have a positive mindset, work hard, learn to love, love what I do and not let anything stand in my way to get what I want, at the same time not let my expectations get so high, that they’d always be out of my reach and if I do hit an obstacle, all I have to do is be strong and push through it.

As far as setting goals in my life goes, I learned that only when I reach the next level in my life, should I aim higher than I did for the last goal. Taking one baby step at a time to achieve what I want. I’m still on that journey, still setting realistic goals and doing my best to achieve them, then moving up a level when I do and I’ll continue to do so.

There will always be ups and downs in life, but it’s up to us to not let the downs get the best of us and let the ups take us as high as they can, then go higher than that and always keep moving forward in life by being smart with our decisions, hard work and persistence.

Set the goals you know you can achieve and then act on your plans.

Since the day I started being a realist and setting goals that I could achieve, I’ve gained more than I ever thought I could, I still have a long way to go no doubt, and even though there will be difficulties and obstacles, all I have to do is push through them or just be patient, take a little longer and get around them instead.

I know it’s easier said than done, and that’s where a realist mindset helps you. You anticipate the hardships and make plans that would get you through them, it helps you be prepared and not be brought down when you‘re faced with a problem that seems difficult and it probably is, but remember, it isn’t impossible to solve that problem either.

Finally, being a realist in life not only helps you solve problems, but it’s quite effective when it comes to ignoring the negativity that you don’t need or want in your life. It was a real helpful mindset for me to have when I had to overcome depression.

For example, if you have someone who is always insulting, discouraging and belittling you, having a realist mindset, you’d know that you can’t stop people from saying or doing things to you that you don’t want them to, I mean there are “ways” you can “stop” them, but some of those “ways” are considered quite illegal in the court of law, so…yeah! It’s better to just ignore and pity them instead.

The thing is, there will always be individuals like them and they will be virtually everywhere, they enjoy doing it or they simply hate you, and you can’t make someone like you, unless you brainwash and condition them to, from their birth, and even then, it might not work, so might as well just ignore them and surround yourself with those who do bring positivity in your life, not ‘yes men and women’ but those that genuinely do care and want you to be happy and successful in your life and would gladly share the joy of life itself with you. The rest, is up to you.

That’s it for this post. Be realistic, Be positive, Be happy, Thank you for reading and I wish you all success in achieving your goals.