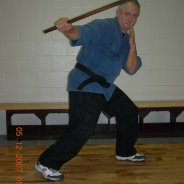 Seems like an eye blink ago when I was sixteen. This thing called time has over taken me. A mere moment ago I was young kid living in New York City. I was young teenager enjoying the seventies in the Big Apple and all that it offered. How can you even begin to explain to the young people of today that they really missed out on some the greatest music that ever will be? Or what a disco experience was like? How does one describe the smell of the old Bowery along with CBGB’s and the grit? When I visit Forty Second Street today, it looks like Disneyland to me, Lion King Reigns supreme. Gone are the porn shops and Kung-Fu stores that sold posters of Bruce Lee. Union Square Park is so gentrified I feel like I am in a foreign country.
Martial Arts in the City were a very different thing back then. You knew peoples provenance. If your lineage was not traceable you were put on notice. A few guys from an infamous dojo on the lower East Side would have fun “visiting” people who seemed suspect in their so called “credentials”. Tournaments pitted “East Coast versus West Coast”, “Karate versus Kung-Fu”, and Aaron Banks put on the greatest martial art extravaganza on the planet. There was still some semblance of stylistic “purity” back then, in that you could tell a Goju-Ryu man from a Tae Kwon Do man. Shotokan was clearly distinguishable from various Kung-Fu. No such thing as what is now called “MMA” back then. Although when we had style versus style disputes in a tenement hallway or South Bronx rooftop, things became a bit dicey to say the least.
When it came to the street of course it was all about survival. We had guys who would show us “Jail House” boxing, and we would always have fun with the brothers “slap boxing” in the street. Improvised weapons ruled the day. Cheap, simple and efficient were the guiding ideology. None of us knew anything about “FMA” back then. We had seen some Iaido and Kendo but not much else. Some guys knew a bit about native weapon fighting from family, like some guys we knew from the islands. I had experienced a bit of Magyar Gypsy knife while visiting Hungary. But nothing was fancy or full of heavy “theory”. Pointy end goes in this way was the operative theme.
Quick deployment and concealability, and the ability to ambush someone dominated our approach. An icepick in a paper bag was unseen but felt when thrust forward. A cheap fish weight attached to a dog collar hit like a black jack. A box cutter and screw driver were subway specials – and I don’t mean the sandwich version.

Cheap, accessible and disposable made sense to us. None of us could afford a nice knife, although some guys would carry a Case pocket knife. We knew about the “throw away”. We learned that from many of the underworld types – gangsters, gang members and guys we knew from the “joint”. No glamor in shanking a dude multiple times with an ice pick. No movie fantasy about guts spilling open from a box cutter slash through a thin t-shirt on a hot summer day. When the stuff hit the proverbial fan it was on.
Today I see a lot of what I call “fancy stuff”. Expensive exotic looking curved knives from faraway places are sold all over the internet. Beautiful folders and fixed blades that while costly and nice eye candy, you would be hard pressed to throw away if ever used. I see knife “templates” that while fun to practice, are too complicated to perform under unpredictable circumstances and duress. By and large I don’t see deployment taught and the need for a truly predatory mind set. Some guys are making money selling workshops teaching the fancy fluff and stuff. While I don’t begrudge them in trying to earn a living, it would be nice if they could interject an occasional “real” method or principle in what they propagate.
But I get it. People say they want to learn “self-defense”. But in my experience when you attempt to teach that, people get appalled. They blanch and change color right before your eyes. They say things like “wait that is too intense for me, can you tone it down” or “I don’t know if I could ever do that to somebody”. But teach them a form of religion disguised as martial arts, or a form of rolling around the mat like dogs in heat, and they sign up in droves. Some families have made a great deal of money brain washing the masses on the efficacy of their invincible legendary methods. And yes, maybe on some beach in Brazil, mano a mano with mucho machisimo, it has validity, but in crowded bar, or moving crowded subway car, I don’t know. If you are in the street when you are being ambushed by multiple predators, probably armed and in low light conditions, it ain’t a Jackie Chan movie. And a huge obese aging pony tailed Aikido Guy who never gets a scratch in the movies when fighting the bad guys, is not coming to your rescue. And what if the defender is unarmed? Are people by and large still so gullible? The first mistake of a defender is that he was caught unarmed. And if he is armed, he needs to be trained and willing to use his covert weapon of choice.
The combat mindset should be an important principle to inculcate. Does not matter what you know if you are not willing or unable to make it so. Keep it simple. Learn blunt impact and edged weapon methods with an eye toward ultimate survival. Become familiar with firearms. It never ceases to amaze me how so many martial art “experts” I know who are teaching public workshops and classes know nothing about firearms. They self same Guros also make lame excuses about this ignorance. But yet they often teach gun disarms! In my simple logic how can you defend yourself against something if you don’t know how to use it and how it functions (and hence its strengths and weaknesses)? This is also my logic when I see martial art “experts” teaching students how to defend themselves against a blunt impact weapon or a knife. And of course if you don’t understand the mind set of true predator, it puts you in a moral and ethical conundrum. The predator has no “compassion” or “empathy” as a so called “normal” person would be conditioned to have. So that passive “just re-direct and control” “non-Violent” approach is gonna get ya killed. Doesn’t anyone see the lack of logic in the term “non-violent” martial arts? Self-protection will be anything but non-violent.
Train hard. Use your common sense if you can. Become well rounded in your approach. Keep it simple. Don’t buy into the fancy stuff. And if you do, have fun with it but don’t confuse it for authentic self-protection. If you train in a so called martial-art for the exercise benefits, that’s wonderful. But try to comprehend that authentic martial arts for real world survival is not about just the workout. If you live in a gun culture please at least become familiar with what that means. You don’t need to be an expert shooter by any means. But at least have a cursory knowledge for your own benefit.