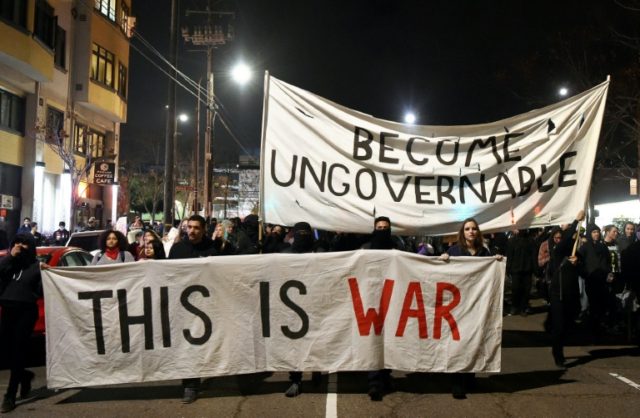 Traditionally the political left accuses the political right of doing this and vice versa, but the centrist parties do it too, in fact all the political class do it and all religions have been doing it far longer.

In his book ‘The Righteous Mind, Jonathan Haidt revives the work of several theorists who were also sacrificed at the stake of political correctness and shows how resulting evidence almost conclusively provides the evidence they lacked which allowed the ‘PC mob to grab their pitchforks and light their torches.

I am not claiming that much for Le Bon but he sure saw something the others did not want to see.  There is another parallel I want to draw with Haidt’s work that also prompted me to go back to Le Bon, Le Bon was here first and Haidt never heard of him, or if he did he never recognised him.  Maybe because Le Bon was lost in some pseudo academic backwater is what I would think, forgotten and unloved. However, I suggest you go get your free copy from Kindle now, read it, read it in the full and tell me that it does not describe how the world is today.

As I reread it I saw all the arguments, and candidates, in the recent presidential election in the USA, the BREXIT vote and our recent snap election in the UK, it frames the rise of Islamic State, I will not prime you too much but this is a really interesting read. There are bits that lack intellectual rigour, it is more polemic than analysis and his biases are obvious, BUT, that is not a reason to ignore it. Go get a copy and I hope you enjoy it as much as I did.

“Man is not a rational animal, man is a rationalizing animal”, Marc MacYoung.

We know people make decisions with the emotional part of the brain first then rationalise those decisions. In the introduction to his classic book ‘Emotional Intelligence’, Daniel Golemen states.

“Our journey begins in part one with new discoveries about the brain’s emotional architecture that offer an explanation of those most baffling moments in our lives when feeling overwhelms all rationality. Understanding the interplay of brain structures that rule our moments of rage and fear – passion and joy – reveals much about how we learn the emotional habits that can undermine our best intentions, as well as what we can do to subdue our more destructive or self-defeating impulses.”

So back to 2016 and 120 years after Le Bon put forward his theory we saw mobs rampaging in the USA as the presidential election certainly divided good people, we saw racial tensions thrown into this mix too with black and white supremacists making capital from these divisions. We saw the Alt-Right on the streets and Antifa using the iconography and tactics of the fascists, WOW. Hate spewed forth as emotions ran incredibly high. Why are we surprised when the violence comes? Now in 2017 people are attacking statues, not just statues of Confederate soldiers but any old statue that triggers their ‘I am offended’ button. Just like the religious lunatics that are ISIS history can be attacked if it does not fit in with your righteous world view.

When Hitler and Stalin did this it was accompanied by industrial scale imprisonment, torture and murder of millions of people.

When manipulated by charismatic leaders groups of true believers form behind the new movement that promises a better future. Eric Hoffer describes these people and we can see them daily, our sweet Corbynistas and Britain First in the UK, the alt-right and Antifa in the USA.

First they join the group and gain acceptance, then they subscribe then ingest the groupthink 1984 style until their vision is all that matters, not whether it is rational, not whether it is possible, there is no consideration of a down side to the better future vision because it is incomprehensible that there could be one. So with fixed and totally ideologically armed warriors can pursue total control and the driving before them of their enemies and their eventual liquidation.

Their emotions are hijacked and emotional flooding is explained brilliantly by Goleman:

“The technical description of flooding is in terms of heart rate rise from calm levels. At rest, women’s heart rates are about 82 beats per minute, men’s about 72 (the specific heart rate varies according to a person’s body size. Flooding begins at about 10 beats a minute above a person’s resting rate; if the heart rate reaches 100 beats per minute (asit easily can do during moments of rage or tears), then the body is pumping adrenaline and other hormones that keep the distress high for some time. The moment of emotional hijacking is apparent from the heart rate: it can jump 10, 20 or even as many as 30 beats per minute within the space of a single heartbeat.”

Yes it is that quick, this all happens in a single heart beat, less than a second, makes the 2 minute hate in 1984 look quaint doesn’t it? The thing is this massive flood has rapid physiological effects as Goleman explains that when flooding happens:

“Muscles tense; it can seem hard to breathe. There is a swamp of toxic feelings, an unpleasant wash of fear and anger that seems inescapable and, subjectively, takes “forever” to get over. At this point – full hijacking – a person’s emotions are so intense, their perspective so narrow, and their thinking so confused that there is no hope of taking the other’s viewpoint or settling things in a reasonable way.”

Once incited when time for action comes the mob mentality takes over, here the work of Le Bon seems as good an explanation as any other. Actual attacks on communities, even suspected attacks, in the currently overcharged atmosphere cause people to swarm and to sting their real or perceived enemies.

The mob was feared by Le Bon, he was frightened of the mob and its riots, but those riots were underpinned by revolutionary ideas that threatened the existing order. He was frightened by social change and in a time where execution by guillotine was in overdrive who can blame him.

I think we now have a phenomena worse than the mob as there appears to be little rationale behind most of these hate groups other than fear, misconceptions and misunderstandings, be they the KKK, Westborough Baptists, Islamists throwing gays off roofs or Black Lives Matter screaming for the slaughter of white babies, my observation from the much calmer side of the pond, is that they had rhetoric, now they are mostly spewing out hate and some of it is vile.