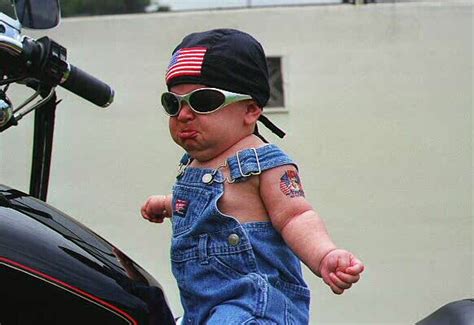 Experts have to make themselves special. “Who are you to teach me?” is the rational question of a discerning consumer. Accordingly, SD/MA (self-defense and martial arts) instructors find ways to reflect expertise: certifications, ranks, or stints as violence professionals. Awhile back I wrote a piece called “Power By Proxy” warning students of the tendency to thoughtlessly surrender power to chosen gurus, believing in the osmotic absorption of their instructor’s perceived potency. But that dynamic is almost always a two-way street; it’s not just students at the altar of assumed badassery. Martial training aims to empower, sometimes requiring resources held by these experts who, logically, must have more power than their students. This reasonable assumption often festers, producing a toxic social ponzi scheme: the power hoard.

For many instructors, the power hoard begins as a quiet addiction: they start drinking their own kool-aid. Suddenly, their power over students is all they have and they need it. What else are they when there are no more bones to break, ranks to earn, or competitions to dominate? So, they make people like them as special and different as possible because, surely, power is a finite resource. Besides, the more power they have, the better they can use it to help students, right? Their charges need them to be powerful so they can benefit others!

I’ve seen power hoarding dynamics so often that I didn’t notice it until I felt myself start exhibiting them. I started very quietly assuming that I was somehow different than students who’d grown up in less volatile environments or hadn’t spent time professionally babysitting inebriated adult adolescents. My few stories made me feel powerful as I watched students’ reactions to my narration. It felt good to be special, even if my being special had nothing to do with making them stronger.

You see it everywhere. Youtube videos explain how helpless women are; coaches sell their training as the only path to power; instructors chortle as they condition students to weakness and humiliation. Every once in a while, I see it in person: an instructor egotistically punking someone. I went to an active shooter seminar where one instructor threatened to “kick the shit out of” a student after spending most of the day overcompensating with her sport grappling background. Later, I performed a gun disarm on the instructor and explained to her that the weapon was out of battery. She hadn’t known what “out of battery” meant…at an active shooter seminar. The worst exhibition, though, was at another (surprise, surprise) active shooter seminar run by former military operators.

The main instructor began showing footage of shootings without much analysis as part of a ploy to evoke emotional reactions from students. When role players stormed the safety briefing, a student was publicly humiliated for ineffectual resistance, though hiding and running weren’t great options. Throughout the scenarios, participants were prohibited from resisting the shooters physically, told repeatedly how often they “died”, and sent into tactically improbable scenarios for which they were conditioned to fail with little regard for the effects. Within 2 minutes of the final “lockdown” drill, I was outside the staging area, waiting out the end of the scenario. We’d been told repeatedly that we couldn’t leave because, apparently, this was an active killer situation on a submarine! I was reminded to go back in, literally toward a couple of well-armed murderers, after achieving the theoretical goal of both the exercise and the situation it sought to simulate: getting away alive. Upon reentering, a commando loudly informed me that I’d been shot dead while sprinting away. I kept running. My mindset is simple: you’ll have to prove to me I’m not immortal. I understand how significant crappy conditioning can be and refuse to let it in. I also know at least a couple of people who found out they’d been shot when they stopped running so the realism angle wasn’t compelling. Why it made sense for me to pretend I was dead was beyond me. At the end, our central trainer offered the icing on the cake: “too many of you died, more than any other group; but, you know, good job.” Most of the experience was a power hoard. Lines were drawn between high-speed operators and mere civilians; resistance was restricted, prohibited, or punished; students were reminded more of failures and “deaths” than anything else. All we learned was these guys were badasses and we weren’t. I see the same things in everything from Krav Maga intro classes to MMA tutorials.

If these dynamics existed in environments without stacked decks, my attitude would be different. But most self-defense participants are tacitly acknowledging weakness and handing experts power to shape them. Anything that doesn’t fit directly into empowering them is bullshit. These are folks, sometimes with open wounds, who are making themselves vulnerable. Stop making yourself special because you’re supposedly better at violence. If you’re special, so is their future attacker, current abuser, or other threat and it *will* make it harder for them to move. With that said, it’s an understandable phenomenon.

The road to power hoarding is wide and well-lit. All it takes is some unexamined epistemology and a class of neophytes. For example: you want an attentive respectful class. Occasionally someone’s skeptical, disturbed, or even bored by your content or style. Their disrespect threatens to derail the learning of others. So, in a moment of irritation, you show them just how misplaced their self-superior attitudes are. But, in doing so, you’ve failed. A professional conflict manager, so skilled he’d been empowered to teach, couldn’t handle a minor blow to the ego or see past a façade to a student’s needs? You’ve dis-empowered one student and likely alienated several others. Depending on the crowd, this will read as obvious insecurity and/or petty tyranny. Or, worse, they’ll assume that “this is just how powerful people are” and look to become petty tyrants themselves. If you’re not careful, this becomes a trend. You’ll leave squashed students in your wake and collect acolytes, eager to bask in your glow.

To my fellow “experts”: get over yourself. A friend, well acquainted with lethal conflict (because that’s the only reason to listen to someone, right?) always balked at the idea of anyone being special because of a title, rank, former job, or violent history. His response? “Who cares what you did a decade ago? What are you doing NOW?” I take that to mean: make sure whatever you’re doing is contributing, no matter how “special” you are or were. True teaching is much more about empathy than knowledge or even experience. Get better at it so you’re adding value beyond “guts and glory” stories or endlessly reminding students of membership in a martial clique.

Be human and vulnerable to your audience. Use your power to continually show and tell students they can be just as capable as you remember yourself being. Many instructors tacitly or overtly communicate that their students could never “take” them. This is laughable (no one’s found monopolies on physics nor mortality) but students pick up on it and think you’re another species. You’re not. Show them that so when they meet someone more dangerous than you, they’ll remember that everyone bleeds. Be secure enough in whoever you are (or were) that you don’t need to maintain the invincibility aura. If you’re worthy of your status, knowing that even they can beat you will make them stronger, making you more valuable.

To the schools, make the accolades mean something. If you’ve got tokens or talismans, make them empowering to students and not just reminders of gulfs between social strata. Focus on creative problem solving and not paint by numbers solutions. Stop punishing people for being better than they should be. Power isn’t finite; share it. Hoarding power doesn’t make you strong, it comes across insecure and needy. Show students how powerful they can be, it can only make you better.