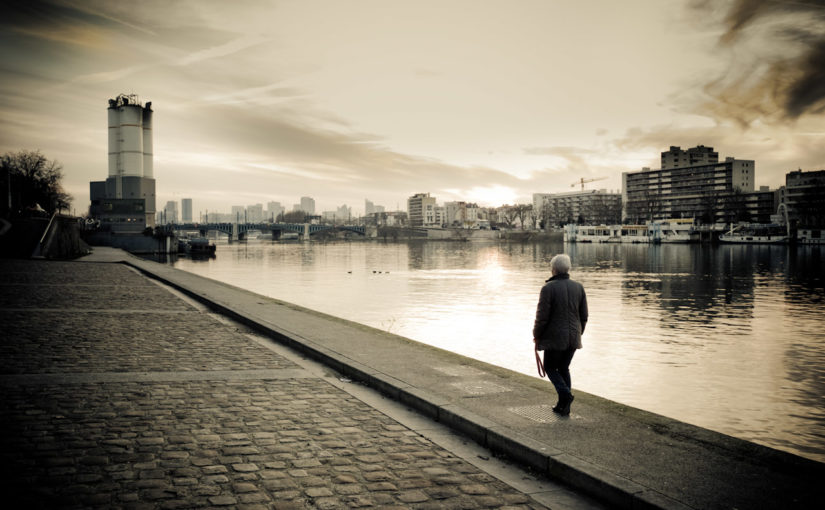 The information in this article is sensitive yet supplied to give the general public an idea of some of the training that goes into working undercover in the world of special operations personnel, in the area of Anti-Human trafficking. It is only a taste of what is involved. But I hope it sparks interest.

My specialist field is training personnel for high risk environments dealing in child trafficking. I have, and am still involved in intelligence and surveillance operations, as well as undertaking rescue operations globally. I also have the unique opportunity of training other operatives in this specialised field. Not to mention also training law enforcement officers in Anti-Human Trafficking.

Much of an undercover operatives work in our field is unarmed, so there is a high importance on unarmed self-preservation and self-protection skills.

Unarmed, we face the need to deal with individuals whom are armed as well as unarmed, and one of the main things we need to understand is the enemy. So when training in our type of undercover work, we need to be trained in many different areas. One area we need to be highly trained in, is RPD (Rapid Prime Decision) making, we need to minimise information in relation to how we asses a threat as quickly as possible, and how a threat sees us as a confirmed target for assassination or whatever their purpose, or mission is.

This article is about the process of training, where we deal with the possibility of dealing with, or applying lethal force. And part of the RPD making process.

So when we talk about “kill or be killed” in a real life situation, we train operatives in the physical hand to hand combat skills of undercover tactics including dealing with blown surveillance and blown intelligence missions, as well as physical response units where things go wrong. But equally important is training in the psychological side of understanding the possible enemy.

Part of our specialised training, looks at what we call “The Intentional & Unintentional Murderer”.

First, we will look at what we call, the Intentional Murderer.

The Intentional Murderer, is the hardest to deal with. In this classification we look at individuals like assassins, hitmen, gang members (from criminal syndicates) and those who are intent on murder.

For this article we will use the term attacker.

In the majority of cases here, you won’t see the attacker coming, you will be ambushed and before you know it, its lights out permanently. This includes attacks with knives, firearms, blunt objects or even their bare hands, single and possible multiple attackers. Basically, this classification is taught to our operatives, where you won’t know it is coming, but still train in hand to hand combat for survival. If you can, as you cannot fight off a bullet to the back of the head. However, where there is still that slight opportunity for survival, we train in a system of combative tactics where there is no prior warning. Working on the physiological and psychological aspects of survival under ambush conditions. Even under conditions of what we classify “deceptive engagement” where one deceptive attacker will distract the operative, while his associate completes the physical attack. Basically where you are blindsided.

As this article could go on to become a novel, I am keeping it as brief as I can.

In an operatives’ world, all the OSA (Optimal Situational Awareness) in the world cannot protect you from a professional individual that has intentional murder on his agenda. I am not saying you cannot survive the Intentional Murdered, what I am stating, is even when the likelyhood of survival is next to zero, we still train for survival.

The Unintentional Murderer is easier, if you can use that word, to train to survive against.

The Unintentional Murderer is classified under 4 subcategories. Remember in the world of special operations personnel, we need to train in OSA, RPD (Rapid Prime Decision) making, as well as other physiological and psychological skills for high risk environments. And keeping in mind, that the vast majority of missions require the operative to go into environments unarmed, with only his training and improvised weapons as his self-preservation and self-protection tools.

So in the area of RPD making and OSA, we teach behaviour analysis, and clusters of behaviour to assess a possible threat. But we also train in what we call “Forced human responses”, Natural defensive responses and deceptive tactics to deal with the Unintentional Murderer.

So why the term Unintentional Murderer?

The 4 subcategories are set to allow RPD making, and to respond. As the unintentional murderer is not intent on killing you. Not to say that isn’t the case all the time, as we can never give a 100% guarantee of an attacker’s intent, or what we call their outcome. However, we still have the 4 classifications to help identify the attacker’s objective, and how we can deal with them, as in this category murder is not considered the intent.

Once again, as this is an article and not a book, the following are brief descriptions of the 4 classifications.

So the reason it is still classified as “Unintentional Murderer”, is that in any physical and violent encounter with a weapon (or even without a weapon) there is still the possibility of you being killed during the process. The attacker (especially if not well trained) may use the weapon, let’s say in this case a knife, to lash out and slash or stab you to evade capture. Their intention may not be to kill, but simply to evade capture. Yet we know that any trauma caused by a knife or any weapon, could lead to death. We need to train the operative to know that, if a weapon is involved, you are most likely going to sustain trauma, train for the worst outcome, and fight for the best outcome.

There are so many examples that I could give, to cover the “Evade” classification, but the above example should give you an idea.

So now we look at the next classification, Escape.

Escape, is similar to evade, except we use this classification to look at if an individual has been captured, and will use whatever they have at their disposal to escape. Once again the individual trying to escape may be armed, and will use whatever weapon they are carrying to escape. If for example it is a knife, they will produce, and or use the knife to escape. Now, in this article I am not going into all the physical techniques and tactics used. I am simply giving you information on how we classify for, RPD making, how we assess intent based on behaviour and what we call clusters of behaviour. And how we use physiological and psychological training to deal with these potential killers. So similar to the evade classification. The individual’s intention may not be to kill, but simply escape. Yet we know that any physical encounter, in these high risk environments, could lead to death.

Now we will look at the classification, Maim.

Maim, is where the operative is faced with an attacker that is trying to warn the individual off. Simular to say, gang violence, or a turf war, where an individual will maim, as a warning to the rival gang member. Keeping in mind that the “Intentional and Unintentional Murderer” also relates to general street situations as well. But we will go into that in another article.

So as an example here. If the operatives cover has been blown, and the attacker has found out who the operative is, they may inflict harm, be it a beating or weapon related attack. For example, a gunshot wound to the leg as a warning and as a deterrent. There is still a possibility of dying from any related trauma. It may be minimal, but where any trauma is caused, there is always the possibility of death. There have been cases where an operative has been slashed as a warning, and still bled out and died. It was meant to be a warning, but turned out to be a fatality. Many of us have heard of what could be seen as basic and superficial wounds, which have led to death. We need to train, that any trauma could be fatal, so your survival on a psychological and physical level needs to be trained to deal with all levels of aggression, violence and the related trauma. Once again simular to the other classifications. The attackers’ intention may not be to kill, but simply inflicting trauma as a warning, could still end in death.

Finally we will look at the classification, Gain.

Gain is basically situations like armed robbery etc. The attacker will utilize what it is they have, be it a weapon or not, to gain what it is they require. So in an operatives’ world for example, where we deal in anti-child trafficking. The operative may have gained some valuable Intel, or in the case of a rescue operation, where say a child is involved. The attacker may use what is necessary to regain their asset (the child that makes them money). Or regain the Intel the operative has. So the attacker will use the weapon to achieve the result they require. Once again, they may use that weapon as a tool to gain what they need and once again the attackers’ intention may not be to kill, but simply inflicting trauma while regaining their asset. Can once again, still end in a fatality.

The above are a few examples. However, it gives you a brief understanding, of how we train our operatives to make decisions in high risk environments, and with minimal time to make those decisions. How they need to be trained in specific physiological and psychological areas to achieve their objectives.

Combative hand to hand combat skills are no less important. Our operatives, as am I, are trained in unarmed hand to hand combat, as well as the use of weapons from sharp edge weapons, firearms through to improvised weapons. Yet the world of covert operations and undercover work, is a world where the physical is only one aspect. There is much to learn about human behaviour, but not just what we call normal human behaviour. But learning about criminal intent, sociopathic and psychopathic behaviour, as well as instinctive and learnt behaviours. We need to train to be deceptive and yet objective.

….In the next issue, I will delve into another Secret of the Elite.