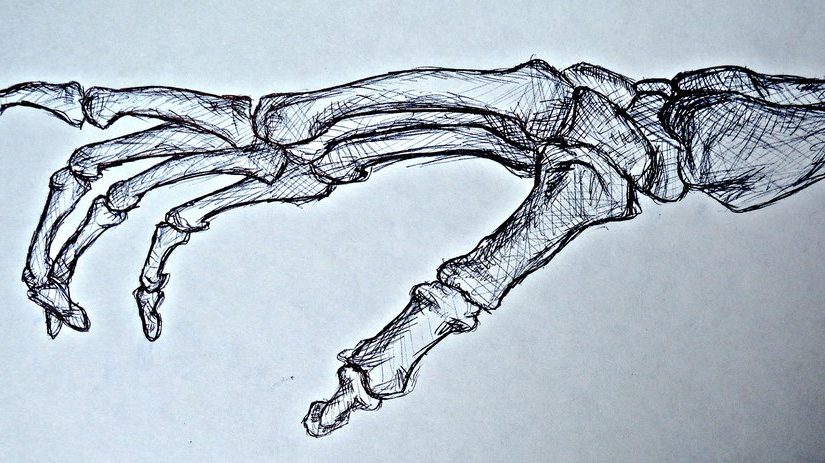 Hello, I’m Amir, a self defense instructor from Holland, and recently I’ve shot a couple of videos featuring a force meter: a device that measures the impact of a strike. The videos show that open-hand slaps can be more effective than strikes with a closed-fist.

The device was originally designed for Taido, a martial art with some very unorthodox techniques, as a way to show students exactly how they are improving. Later, we also started using the device as a way to experiment with various techniques, and determine which generates the most force. This is where the force meter became interesting for self defense.

I’ve learned from Explosive Self Defence System (ESDS) to use the open-hand method for self defense. Because of my background in cognitive psychology, this instantly made sense to me for a number of reasons: it is an instinctive movement and a common reaction to sudden danger, it’s a gross motor movement that works well under high levels of stress, and potential witnesses are more likely to see you as the defender (rather than the aggressor) if your hands are open.

The ESDS instructors mentioned some other advantages as well: it’s a safer option than punching with a fist (less chance of hurting your own hand), the open-hand method will leave less visible damage on the attacker, it’s applicable in many different situations, and it will cause a bigger ‘shock’ to the brain – resulting in a bigger chance of a knockout.

They had some pretty convincing evidence on this last point, such as when they knocked someone out who was wearing a motorcycle helmet. On top of this they also made sure students felt the power of the open-hand, and I’ve seen plenty of students fall to the ground after a slap to the chest (or even the leg).

But does an open-hand slap really work better than a punch?

Fast forward to about 8 years later, I now had a force meter to compare the impact of an open-hand slap to a punch with a closed-fist. After dozens of tests, I consistently found that the open-hand slap generated higher levels of force. The actual angle of attack (e.g. hook or straight punch) didn’t matter: the open-hand slap came out on top every time.

You can see the result of one of the tests online: https://youtu.be/RkNRU8N2jcU

I recently repeated the experiment to determine the usefulness of open-hand strikes in MMA, and even with MMA gloves the open-hand slaps generated more force: https://youtu.be/YY2qPzR9Pfo

So, why did the open-hand slaps generate more force? Well, this mostly has to do with the difference in surface area.

A strike with a fist has a much smaller surface area than a slap with an open-hand. As a result, a strike with a fist is much more likely to break a nose or jaw. Now at first glance, this ability to break bones might make it seem like the punch is generating more power – but that’s not the case. In fact, the amount of force of a punch and open-hand are pretty much the same, the difference is that the fist concentrates all the power in a small area. The small (and hard) impact area of a fist concentrates the energy of the strike into a point, but this also means that there is less energy left to impact other areas.

On the other hand, an open-hand slap will spread the force of the strike over a larger surface area. As a result, less energy will be concentrated into a point (smaller chance of leaving any visible damage on the target), and more energy is left to travel deep into the target. When striking the head, this means that an open-hand slap will put more energy into ‘shocking’ the brain, resulting in a bigger chance of a knockout.

This is measured nicely with the force meter that we used, as the sensor was placed in the back of the pad: so that only the energy of the strike that would have impacted the brain was measured.

On top of this, there is a different factor at play that the force meter cannot measure: striking a bigger surface means that more nerve endings will be hit, and as a result that the brain will receive more pain signals. Although this alone won’t knock anyone out, it might overwhelm and cause a short freeze.

I’ve repeated this test dozens of times, more than enough to say with confidence that I have generated reliable results. However, what about validity? Is this a valid way to test open-hand vs closed-fist strikes?

There are some issues that I would like to mention. First of all, most of the people that were striking the pads were well trained in both the open-hand slaps and in closed-fist punches, but perhaps they were simply better at open-hand slaps. If this is true, then the difference in force can (partially) be explained by the participants simply being more skilled at delivering open-hand strikes.

Second, none of the participants were skeptical about the open-hand method. Perhaps they unconsciously wanted the open-hand slap to do better than the closed-fist? Until some skeptics give this a try, there is no way to know for sure.

One more issue is that the force meter itself wasn’t calibrated. This means that the measured force of the strikes cannot be translated to Newtons. So although we can definitely conclude that the open-hand slaps generated more force than the punches with the closed-fist, there is unfortunately no way to know how much more powerful the open-hand slap was (this similar to temperature: 30°C is not twice as hot as 15°C).

In the future, we should re-do the experiment with a calibrated force meter, so that we know exactly how much more powerful the open-hand slap is compared to the punch with the closed-fist.

Finally, self defense is not an exact science. Although I would like to recommend everyone to use open-hand slaps for self defense, I cannot say that the open-hand method will be more suitable in every self defense situation or for every person.