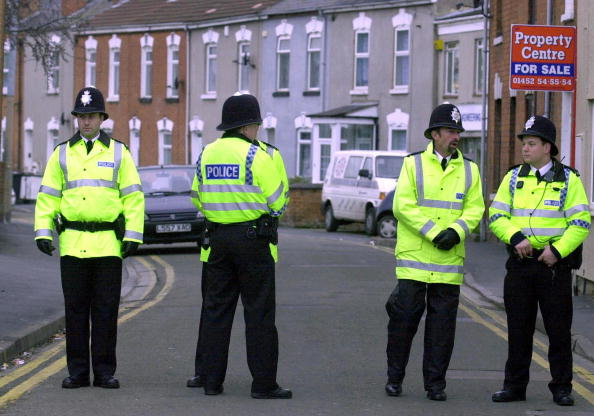 My personal experience of self defence has come from my work as a UK Police Officer. and today I will give you a huge tip from my experience.

So what did 17 years as a cop in the UK teach me? What insight did all those years of going hands on with people provide me? The answer is simple, words matter as much, if not more, than the physical.

In this article, I will be looking at the art of speaking in conflict situations.

I was at the Presidents Cup International Russian Sambo tournament a few weeks ago, and I bumped into Tony Preston. Tony is a Krav Maga expert, grappler and instructor under Geoff  Thompson, both contributors to this magazine too. However, he also worked on the doors. Needless to say, he knows his stuff. So while watching some great action, we got talking about self-defence and Tony was discussing how he has avoided more conflict than he has been in and he used his verbal skills to get out of violent situations.

As a young police officer, I was fascinated with violence, almost all police work involves violent crime. From threats to assaults, violence is the common theme that runs throughout it all. Just as Tony stated, I too have found that it was my mouth that became my greatest asset and not my physical prowess.

The use of verbal skills has been essential for me in me returning home after every shift for 17 years. It was something that wasn’t taught; you picked up on it through experience. I recall in my early years on the job arriving at fights and very often being given small tasks by vastly more experienced officers. Looking back I was just learning my trade and I got to see masters at work. These older cops rarely went hands on because they controlled situations with their voice, their stature and body language. They were experts in the art of non-verbal communication, and these officers had no intention of letting an 18-year-old testosterone fuelled rookie cause them to fight and possibly injure themselves.

Over the years, I became the experienced officer and those with me were often rookies themselves and guess what, I gave them the simple tasks such as getting witness details. The main reason for this is simple; I wanted to be in charge of what was going on if I was going to have to fight it would be on my terms!

When I  sat down and broke this subject and skill base down, I called it my Verbal Control System or VCS. The VCS allowed me to control every situation, and if I were going to go hands on I would have every tactical advantage possible.

The first step on the VCS is realising that the  80/20 rule applies to conflict too.

80% of people don’t want to fight,  and the 20% that do have probably lost 80% of the encounters they have had. This is another reason they are so keen to fight; they are stuck in the perpetual ‘need to prove themselves zone’. You can almost be certain that men being arrested at domestic incidents would fight, push their chests out or be rude as they want to prove something to their partner who was usually beaten up in the corner.

Once you are pre-armed with the knowledge that most potential aggressors don’t want to fight, then, you can use this to your advantage and start giving people ways out of the situation. The managed exit as I like to call it is a way that you construct a pathway for the individual to exit safely. An example could be a drunk guy in the pub that bumps into  you and spills his drink. He starts to get angry, as such you could say:”Sorry about that, let’s get you another drink.” Yes, spending £3.50 possible stopped you from having to knock this guy out and end up at the police station all night and day. Money well spent.

My favourite exit was always when I had to put the handcuffs on someone and they were saying “You aren’t putting them on me, I’ll  kick off”. For these situations, I used to say “Those cuffs are to protect us from you, you are clearly a handy lad, I want to go home in one piece so I have to put them on.” This appeals to their ego and worked like a charm for years. I learned that from a very experienced officer, and I am guessing he learned it the same way.

Other exit strategies are simple as well, in a robbery just give them your wallet or anything else they ask for (assuming it is just money, etc.). Your verbal skills are simple here “yes I’ll give you the money.” Not rocket science. Once you stop thinking about self-defence as a physical thing and more of a chess match, then you can take your ego out of the occasion.

For me, I  used to think about victory in terms of injuries. Having no injuries when I got home was a clear victory because that was what so many people wanted to do to me, cause me harm. My advice is simple, practise your  verbal skills often and learn how to give the opponent every chance to avoid the situation

Andrew is a former police officer in the UK, Judo black belt and boxer. He also runs  www.theselfdefenceexpert.com