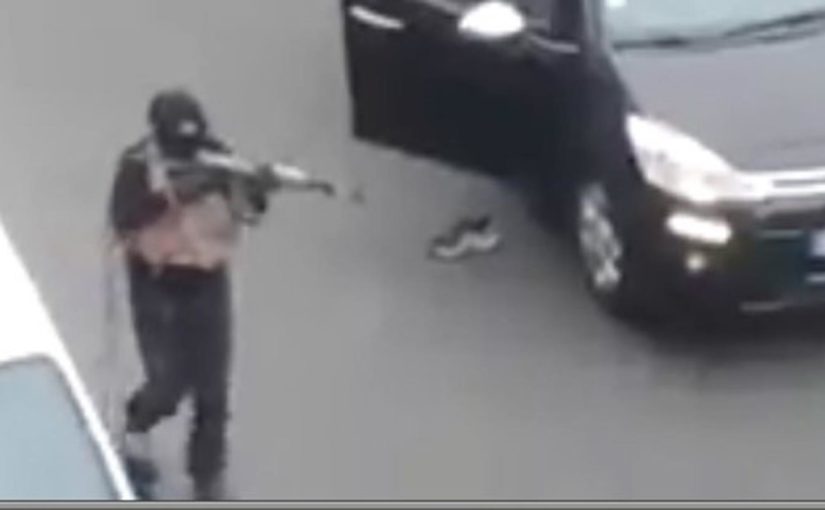 Those of you who don’t know me I’ll give you a quick introduction.

My name is David Ashworth and I served in the British Army for 9 years. I spent the last half of my military service with a Covert Counter Terrorist Unit, in both an operational and training role. After leaving the Army. I then worked as a Private Security Contractor and did this constantly for 8 years, spending 5 years in Iraq and 3 in Afghanistan. I’ve provided security to Various UK/US and Foreign Government Departments, as well as high-ranking military officers and Other Government Agencies (OGAs). I have also trained teams and individuals to operate in Hostile Environments. After leaving the contracting world I went into Law Enforcement, which I continue to do now.

With the latest events in the San Bernardino, California and also in Paris, France it’s worth us revisiting the Active Shooter(s) Scenario. Which as a civilian is one of the most dangerous situations you will find yourself in. A worrying trend in the Terrorist Modus Operandi is the multiple shooter and location tactic.

Now how does that affect you as a civilian? You will either be armed or unarmed in these situations and you will have to decide what your priority is. Is it escape? Is it locating your family? Is it neutralizing the threat i.e. the active shooter(s), or is it to protect your loved ones and get them to safety. It may be to leave the scene and brief law enforcement agencies. There are so many options and it will depend on you, your mindset, your training, your will to fight or your will to survive.

So let’s look at what we need to try to survive an active shooter(s) situation. I say ‘try’ and survive because you could do everything right and still get killed by a lone gunmen because you went left instead of right. It happens! Better men than me have been killed by an act of fate, rather than by skill. It is worth noting a guy out of it on drugs can kill a Special Operations warrior just as easily as anyone else. Think about that for a minute.

I hope that’s taken a moment to sink in. Because I want to make something clear; too many people are looking for quick fix self defence techniques; “What do I do if I’m attacked like this?” People want an answer that is like, If A happens, do B, If C happens do D. Violence whether in a war zone or in the street outside the grocery store is dynamic, it changes, its a problem. The best way to deal with it is to have a problem solving attitude and train for those problems. You can drill everyday on the range and do a thousand scenarios, but when the time comes to draw down, odds are it will be none of the 1000 scenarios you went through on the range, but you can bet money, it’s close to 1 or 2 of them. So adapt to the situation and own it.

So you’ve trained in some self defence techniques and you’ve been to the range, do you think you are ready to deal with an active shooter?

Let me put it in another context: you’ve gone to the gym and done a few boxercise classes and then you’ve hit the punching bag a few times, for the last 6 months. Are you ready to step into a professional boxing match with Mike Tyson? I didn’t think so. If you do think you’re ready, we need to have a chat.

As someone who has been down range, and on the receiving end of some “almost” well-placed shots, I don’t think you can ever train enough. After those rounds have come at you, you will be wishing you’d gone to the gym more, you’d fired more rounds on the range and carried out more drills so you were quicker.

So what skills do you need to survive? Those of you who have attended any of my courses know that I push Situation Awareness; it’s my religion. You need to be aware of what’s going on around you. Anytime you step out of the house, bad things have the potential to happen. If I go anywhere outside of my home I’m aware a long shooter might decide today is his day, or some terrorist group decided its Zero hour. Sadly; it’s the World in which we live in. If I’m aware of people and how they act, their body language will give me an indicator to what they are doing and what their intentions maybe. So your head has to be on a swivel, and you will be looking for any combat indicators that something maybe about to go down.

The modern terror threat we face is multiple shooters hitting multiple target locations. So lets look at it, odds are you won’t see the shooter, you’ll have an audio cue, the shots or the screams. A visual cue, people running from the shooting, Police or security directing people. Now the next question you have to ask yourself is “How ready for this are you?”

This is really going to boil down to the training you’ve conducted prior to it going loud made you ready. Picture it, sat in the food court with your family at the mall. Bang! Screams, Bang! Bang! Bang! Are you still sat there? Are you grabbing your kids? There isn’t any point in spending thousands of dollars on range time, only for your spouse to get hit in the gun fight and you not know what to do medically. You need to train in all aspects of tactical life. The guys and gals, I’ve trained know my mantra: shoot, move, communicate, medical. They are the four factors that make a good operator, whether that be a Tier one dude, or a well-trained civilian.

Let’s say you aren’t carrying a weapon. What’s your priority? Escape right? So you noted the exits when you came into the mall, where the nearest cover was in the park. Where the elevated positions are that a shooter might use and the best place to move to if it happened. These are things that have become part of my lifestyle. I do them without really thinking about it. My students have learned that it’s not a mindset, it’s a lifestyle.

If you are armed, what are you going to do? Are you going to move to the sound of the gunfire? Are you going to draw your weapon? What will your posture be if the police see you? Are you ready to deal with this situation? What if someone mistakes you for the shooter? What if the police are given your description? What if you find injured people, do you stop and help, or move on? Do you have any medical equipment on you? Do you know how to use it? Do you have a flashlight? Do you know how to enter a room? How do you clear an open/closed door? Can you move tactically down a hallway? Can you move outside the building? Are you ready to take someone’s life to save others; this isn’t a Hollywood movie where you are going to be the hero. This is real life; if you fire a shot and it misses and hits someone it’s not aimed at, then you’ve just blown it. There are no second chances; miss the target and they might not miss you. I could spend hour’s war-gaming with you, but I just want people to start thinking about this issue. As sadly; it’s becoming a part of our every day lives. The threats are out there.

As you can see here, there are a lot of factors. I’ve only glossed over them here.  I just want you to think about the situation you may find yourself in and how you plan to problem solve it.