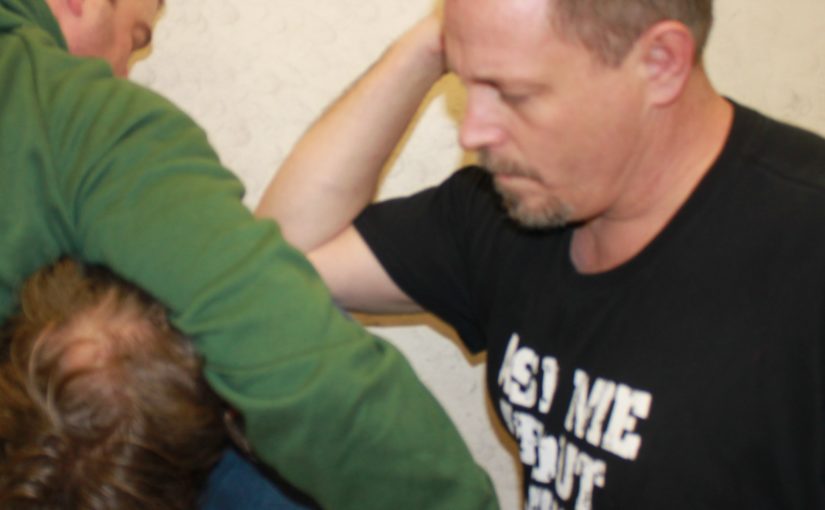 English version reprinted in Conflict Manager and on CRGI website with kind permission from Corps Global.

Rory – Do you have any tips for how to cope with this aftermath (besides seeing a qualified professional) as a civilian who just went trough an episode of brutal violence?

Rory – Some. Remember I’m not a counselor or clinical psychologist, but I definitely have some opinions.

Long before the event, know yourself. Know where you draw the line for right and wrong, what you could do and could or could not live with. What you would rather risk a beating, your life, or your health rather than tolerate. And don’t romanticize any of this. It’s easy to fantasize about dying in a noble cause. Don’t forget that only some people die. Some are blind or condemned to wheelchairs or shitting into a colostomy bag.

If you ever have a use of force, you will either be the good guy or the bad guy. The more solid you are in your knowledge (not bullshit belief or rationalization) that you acted as the good guy, the better you will recover.

After the event, let yourself be okay. It’s actually kind of weird that society thinks this is supposed to be traumatic. This is how many of our ancestors lived to be our ancestors. Anyway, your feelings are yours. There are no wrong feelings. If you’re dealing with it pretty well, don’t let anybody convince you that you’re supposed to be messed up.

There’s a growth/assimilation process afterwards. I don’t want to call it healing. That implies you’re broken. It’s more a recalibration. In this process, don’t mistake process for pathology. For instance, dreams are one of the ways our subconscious processes events. If those events were bad, you can expect some bad dreams. Bad dreams aren’t a problem, they are a sign of healing. So if you medicate— or self-medicate with alcohol— to bypass the dreams, you also risk losing the healing benefits.

You will change. Big events change you and there’s no going back. It’s not a big deal. You’ve changed before. Your first taste of violence is usually far less profound than falling in love the first time or having a child. But, because violence is more rare, we think the aftermath is more intense. It’s not, it just feels that way because we usually have fewer people to guide us through the process.

I think the people who are most damaged are the ones who decide that who they were before the event was the “real” them, and they try to get back to that. You can’t go back. But you can grow forward, and grow into something stronger.

If you need help, like a professional therapist, absolutely get help. Look for someone who will listen and not judge. If you get the slightest feeling that your counselor is using your experience to work out their own issues, get another therapist.

Elie – Would you have some insights about a remedy or a solution, from an individual and a collective standpoint, to world violence? (Tough question I know, it’s just to put things into perspective :D)

Rory – It’s not a tough question, it’s a stupid question (sorry). Remedy implies it’s a problem. Take a look at the sun. The sun is an unshielded atomic fire, something that would never be allowed in any industrial setting. It causes skin cancer, burns, and eye problems. It also feeds the plants that feed all other animals. It makes the wind and water move. It evaporates the water to make the rain fall. You would never consider seeking a remedy for the sun.

Violence is similar. It’s a primary element and driver of nature. It’s the way animals are nourished. It’s a tool, and if we decide only bad people can use violence, we cede the world to bad people because the will to do violence becomes a super-power when it is rare.

For the most part, the answer to violence is in the nature of violence itself. It’s a high-risk, costly strategy. That’s why animals freeze first, and then run, and only after freezing and running have both failed do they fight. (Hunting is a different thing).

So violence is always in the background, but humans are coming up with better strategies all the time. Trade gets almost all of the benefits of war without the risk, cost or damage. It was technology that shifted slavery from the economic necessity it was to the morally repugnant act it is.

Violence will decrease whenever humans use their cleverness to come up with safer, easier strategies to accomplish the same goals. But it will not go away, not as long as we have anything like nature.

Haven’t you ever wondered at the irony— the only way to get a perfectly peaceful society is to kill all the people who disagree with that goal. And then create a mechanism to kill anyone who figures out violence after that.

Elie – What link do you make (if you do) between your experience of violence and spirituality?

Rory – I had a really strong spiritual training long before I got into a force profession, so taking that out of it, most of what I learned from violence echoed with Buddhism. I can’t remember who said, “Nothing clears one’s mind as much as being shot at” but I have to agree.

In the instant, you have to be a perfect animal, mind, body and spirit working together as a single entity. No voices in your head, no doubts, no hesitations. That is an immensely powerful feeling.

In the aftermath, and especially over multiple exposures, you realize how few things are important. When people have tried to stab you, someone calling you a bad name doesn’t mean anything. Violence orders your priorities. Once you know what’s precious, you also know that 90% of everything is bullshit.

You see things as they are, without attribution. Attribution are the things you add on. This echoes with the Buddhist attachments. If a blade is coming at your belly, that’s the only fact. You can’t waste any brain power on “why” or whether or not the guy trying to stab you is a bad person. Or whether good and evil exist. Or any of that. Because it’s all bullshit.

And, if you can hold onto the mental space it’s still all bullshit even when no one is stabbing you. Judging, rationalizations—all attributions. Attachments. Bullshit.