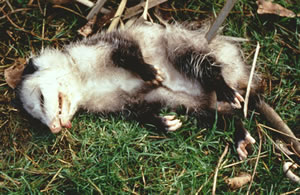 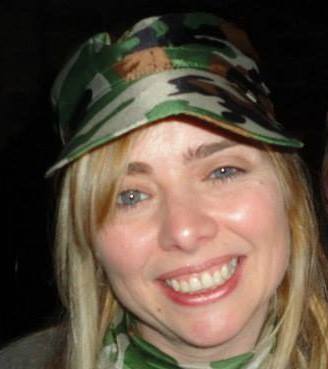 I started training in krav maga in 2011 on a beginners eight week introductory block, with my sister.  I initially just thought it would be something just to work on my fitness.  I didn’t actually know what krav maga was at the time.  Needless to say, I was a bit shell-shocked to see big burly guys rumbling around the floor, looking like they were knocking lumps out of each other!

My sister unfortunately wasn’t able to  finish the block, but I carried on, as I was strangely enjoying the classes and intrigued as to what more I would be learning, as it was something different each week!

A few months had passed and it was time for the national grading, which I was encouraged to try for, by my instructors, but I was quite apprehensive, as I had never done anything like this before.  I also thought that if I started grading, it might start to get too strict and serious, taking away the fun element of the classes,  so I didn’t go for my first grading when I could’ve done.  But I have to admit, afterwards when students were coming into class with their new certificates and patches proudly stitched on their trousers and hearing all about it, I couldn’t help feel a bit disappointed with myself for not trying.  So six months later, when it was grading time again, I decided to give it a go and just see what happens.

Unfortunately, a couple of months before this, I had a fall and broke my arm (not krav related).  But not wanting to miss my opportunity to attempt my first ever grading and have to wait yet another six months, I continued to train and just managing to do whatever I could and watch the rest of the class train, when I couldn’t manage .

My cast was removed barely two weeks before the grading.  Although I was excited, I was also even more nervous, in case I damaged it again.  But after nearly five hours of, what I thought at the time, was the most physically difficult thing I had ever done, and a scary bit of having my arm pulled a bit too hard, I was very relieved that it was fine and even more ecstatic that I had passed my first ever grading for Practitioner 1 level!

After that, it was full steam ahead…  I loved it!  But I put myself under so much pressure for my next P2 level grading, I was almost sick.  More so because I really didn’t want  to let my instructors down.  They put so much time and effort into their students training, I didn’t want to fail for them.  I also had a new grading partner, which was a bit daunting.  But I started travelling through to the next city to get another nights training where she lived, and vice versa, so we could train more together.

After a good test with each other, we both passed our P2 level and carried on training together like this.  We also managed to pass our P3 and P4 level together too.

Sadly she had to move away after that and then coming up to my P5 level, I didn’t know who would be my grading partner, until on the day!  But by this point I wasn’t too bothered about this.  I had been training for over two years and had attended various seminars and events all over Scotland.  This also gave me the opportunity to meet and train with a lot more new students.

There weren’t so many higher level students left at this point (especially girls) for me to train with and for the first time I had to grade with a male student, who I didn’t really know too well.

But we worked well together and thankfully, both passed.  After achieving my P5 level grading, I remember thinking back when I started grading, that if I managed to reach my P5 level, I would be extremely happy with that achievement, of the whole first section of Practitioner levels and I would stop there.  Thinking that moving onto the next section of Graduate levels was only for the real  tough physical guys!  But my ever inspiring and supportive instructors encouraged me to at least try get my G1 level, after coming so far…

I was given the opportunity to practice my next G1 level in a mock grading.  But it was very short notice for it and I didn’t feel quite ready for it, as my goal for the next national grading was still a couple of months away.  But I believe that every training session is also a learning experience and learn from that mock grading, I did!  If I had been officially tested for this level, I would’ve failed by only 1%.  But regardless of it only being a mock test, needless to say, I was very gutted!  But as a training experience, I received valuable feedback on what I did well and what I needed to improve on for the national grading.

So when it officially came around, I really felt ready for it, even though again I put myself under so much pressure not to fail!  Also the grading system had changed for Graduate levels and you had to test, not only for the level you were trying to achieve, but also every other previous level below, that you had already passed…   which you could fail on if they weren’t as good as when you originally tested for them.

So after a very very long day and nearly ten hours of physical and psychological testing, I was quite emotional when being told I had passed my official G1 level and by an extra 14% pass mark, compared to the mock grading mark.  It’d seemed all the extra hard work and training had paid off!

Another new change to the Graduate system, was that there was a time bar of one year in between the gradings, rather than the previous six months.  During this time in 2014, the opportunity had arisen for me to attend the Kids Instructors Course in Dublin, along with some of my instructors.  I had always worked with different kids groups through work over the years and was eager to learn to teach kids self defence classes, knowing the benefits, especially for a more vulnerable age group, to learn how to protect themselves better.

I really enjoyed this course, even though I felt a bit nervous as every other participant, apart from one other student, was already a fully qualified adult instructor.  But I passed my course and two years on, I’m really happy to be still teaching the same kids who joined us right at the start of their very first class!

Later on in the year of 2015, a big opportunity had come my way to attend the full General Instructors Course, to teach adults.  Something I had always been asked to do and always quite fancied, but realized that teaching adults would be a completely different mindset and big game changer in my krav maga journey.  But this was the chance I had to see if I could first of all, actually survive the physical and mental side of the rumored extremely grueling course.

The course was indeed very intense, with two blocks of nine solid long days of hard training, them another block of five.  But, half way through the course,, there was quite a dramatic change in our board of committee in Scotland and the course was put on hold for quite some time and all of us on the course were starting to think it would never get finished.  After a long stagnant few months, things were back on track and the course continued, which also incorporated our next level grading too.  So eventually, in Spring 2016, the course finally ended and feeling so relieved and over the moon, I had passed both my course and G3 level grading!

Since then I’ve been very lucky and appreciative of my own supportive instructors, who have encouraged and allowed me to teach in their classes as soon as I was qualified.  Jumping straight into teaching has been a scary, but great boost of confidence, standing in front of a class of students, who were, not too long beforehand, my own training partners.  And the support and respect I’ve had from them has been amazing and has helped to spur me on and inspire me more, to be as best an instructor I can be for them.  I realize I’m always learning and there’s still so much more for me to learn and keep training for my next grading levels.

I am also extremely happy that there is yet another new chapter developing for me, in my continuous krav maga journey…   I have now taken on the roll of the Head of Krav Maga Global Women’s Division for Scotland!  This is a relatively new position and can open so many more training opportunities for women, and to join us, in what is usually a male dominant environment.

Krav Maga has developed my life in more ways than I ever thought possible, from starting back in 2011, thinking I just needed a wee fitness class…..!