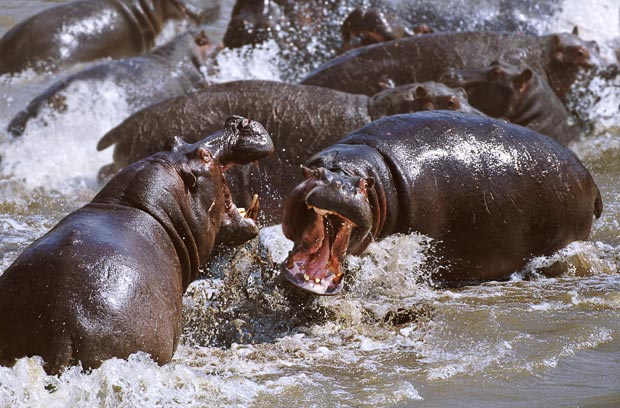 It’s dark. The area is secluded. No one can really see or hear you, but this is the quickest path home. If you’re lucky, the area will remain secluded. Not tonight. A man approaches. He asks the time. As you reach for your phone to check, he goes to snatch it. You struggle for it for a second, then recall your martial arts training. You take him down apply a chokehold. A chokehold can cut blood to the brain, cut off the air, or break the neck depending on intent, technique and circumstance. As anticipated, he begins to lose consciousness. So far so good, right?

Not so fast. In all living things, there is a deep, biologically programmed urge to survive. You may be intending to render your attacker unconscious and then escape, leaving both parties unharmed. Killing him may not even be on your radar. However, all the target of your use of force knows is that they can’t breathe. The fear or expectation of serious injury or death triggers what we call a survival response. The survival response is ugly, brutal, incredibly dangerous… and effective.

So, what exactly happens? Essentially, the adrenaline spikes and the body begins to generate extreme strength as the person begins to look for an avenue escape. If the person applying force has not provided an escape route, the escape may be through that person. At this point, the one on the receiving end of the force may do literally anything in the world to escape. If the person applying the force is unprepared for this response, he or she could easily be killed or injured. Depending on the mental state of the recipient, and whether or not he or she has any training or experience, the one using force could even face a survival response in the form of a tactically skillful defense instinctively brutal survival actions.

These facts make avoiding your opponent’s survival response essential to your successful application of force. Understanding what sort of methods may trigger this response is critical. Many self-defense and martial arts systems teach methods that can escalate the conflict into the realm of deadly force, without actually creating immediate incapacitation or death.

What is deadly force? According the US Marine Corps, deadly force is “That force which a person uses with the purpose of causing death or serious bodily harm or which a reasonable and prudent person would consider likely to create a substantial risk of causing death or serious bodily harm.” This is where a cautious practitioner analyzes and categorizes his techniques. For example, should someone grab your wrist, a basic escape is not lethal force. Even a controlling wrist lock would not meet the definition. Poking them in the eye would. In fact, your arsenal of chokes, throws, tackles, punches and kicks, are likely all be considered the use of deadly force.

Let us look at a real world example, one of some infamy; the case of George Zimmerman vs Trayvon Martin. At the time Trayvon was shot, he was on top of Zimmerman, punching him in the head. Regardless of the cause of the conflict, this was an error. Why? Because Trayvon was using enough force to injure or kill Zimmerman (eventually) and also cutting off his escape route, but without using enough force to injure or kill him quickly. This triggered Zimmerman’s survival response and the rest is history.

Using deadly force without the ability to quickly and effectively incapacitate the target of your use of force is the equivalent of attempting to defend yourself from a gunman with a BB gun. Yes, you could hurt HIM with that. Yes, it is a weapon. Yes, it will also provoke a lethal force response, just as if you had a real gun. No, you will not win the ensuing gunfight.

What does this mean for self-defense? It means that force should be applied in extremes. You want to use either as little force as possible, so that the situation can be de-escalated OR DETERRED, or overwhelming force thereby incapacitating the attacker immediately. Escalating to lethal force levels without actually being immediately and effectively lethal or incapacitating is a grave tactical error.

How does this error of use of force happen? Why does this idea get perpetuated through the martial arts and through self-defense instruction? There are two common instructional mistakes. One is to not teach overwhelming force out of a sense of societal responsibility. Thus, students and clients are left without this ability, while still provided with deadly force techniques. This is dangerous and irresponsible. While teaching them the ability to overwhelm could indeed allow them to harm others, teaching them half-measures may lead to their harm. The use of force should either be gentle enough to de-escalate/deter or overwhelming enough to allow for no counter attack.

The second mistake is sanitizing the matter of violence, taking out the human element and looking at violence from a purely tactical perspective. In this case, martial artists tend to have acquired many techniques and multiple responses to both common and uncommon situations without considering the effects of actually using these methods on an actual human being. Even when sparring is used in training this does not capture the realities of doing real violence to a person, and it does not take into account his or her various responses. Dan

Ultimately, there is simply no such thing as the casual use of violence. There are real consequences, real pain and real fear. The responsible use of force takes into account both the initial act and its repercussions. Ignoring the effects of the survival response is both irresponsible and dangerous for teacher and student alike.

I think Jordan brings up an interest point about how the use of force is many times marketed, particularly to women, as relatively “gently” knocking someone out with either a choke or some type of a clean head shot. I think this type of marketing appeals to people who want to “teach the Bad Guy a lesson“. But they don’t really want to “hurt” him or experience the brutality of violence.

I call “using as little force as possible” a means of communication, which is an important aspect of boundary setting and conflict deterrence. And the use of overwhelming force to be the physical enforcement required after communication has or is likely to fail.

The use of half measures/ineffective deadly force Jordan discourages seems be predicated on the belief that the attacker is either lowly motivated and will flee at the first sign of resistance, or he will be easily subdued and his survival response will not be activated. While these situations may occur, it is a risky gamble to take.