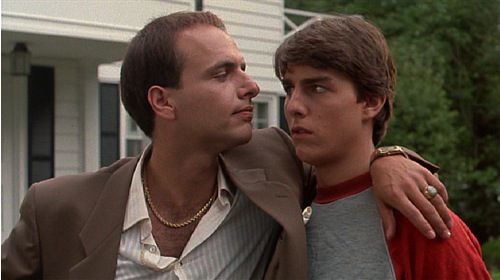 They say you should imagine the scariest opponent you can think of, and that your training is valid if only if it works against them.

I get this – Certainly if your training only works against an inexperienced, clumsy, compliant, half-wit you are indeed doomed to failure. But is the opposite true for the other end of the scale?

Who would you most fear to cross swords with? Not in a sport context, but in an imaginary lethal encounter?

My personal nightmare is a bigger, faster, stronger, insane person. (Let’s not go into multiples/ambush/unarmed vs armed etc. Just keep it simple, to a one on one see ’em coming both equally armed context). And for me, the ‘insane’ part is the part that makes them the most scary. If someone is insane and does not care if they live, what options do you have? Not many. There is no potential harm you can threaten them with. They cannot be reasoned with, and the height/weight advantage means they outmatch you once contact is made.

When the odds get this bad, you have to risk everything to stand even a small chance of prevailing. Your options narrow down to the smallest of windows of opportunity, where the risk of injury or death is almost a certainty, and your only option is to ‘go’. Once. Win or Lose.

You could argue that this is the most important place to train because it matters the most. But it is also extremely rare. Many people might outweigh or outreach you, and there are certainly people out there who are more highly skilled, but insane? Not so much. For someone to care less if they ‘die’ just for the pleasure of taking you out? This takes a very particular type of individual with a very, very, personal grudge.

Why does any of this matter?

Because this is the opponent most people seem to fight, all the time.

Well, kinda … yes, the technique might be very effective, but no, because the risk to self is left extremely high.

Remember, in training smart, we are looking for maximum gain for minimum risk. When you have no time or space, you have to judge everything, from range, to timing, to angle, perfectly. Even if there is only half an opening, you hope for some luck to add to your slight chance of surprise and you take it. Because you have to. And if nothing else, it never hurts to increase the chaos if you are losing.

But what of mere mortal opponents? I would argue that here, you actually do have the luxury of space, time, and especially rationality, to play with. You have choices, and those choices actually increase as the RELATIVE level of the threat decreases.

Rory once said something to the effect that time is a commodity, and one of the differences between a veteran and a rookie is knowing when you have it, and when you do not. If you do have it, it is far better to spend it gaining intel, rather than rushing straight into an unknown chaos without understanding what you might be facing.

Same can be said for sword play. If they are not insane, gain some intel first. Don’t risk yourself unnecessarily. You do have the time and the space. Use them. Make a smart decision.

I found the quote below on the internet. I have no idea if it is a real Native American saying, but I thought it was quite good. It speaks both to the difference in attitude whilst training versus in ‘reality’, but perhaps it also applies in a dueling situation, to the one who controls the game versus the one who does not?

“The huntsman can make many mistakes, the hunted, only one”.

Here is my interpretation of what you are saying. Please correct me as you see fit.

A person has both the ability and willingness to do you harm. If he is insane and determined to kill you at all costs. His will is not a point of weakness. It is fixed. Only your superior ability or your superior response will stop him. In this case, a category of response with a high degree of self-risk is acceptable under the circumstances.

But when a person has the free will to stop his attack at any time, then there usually exist multiple lower risk options available that target his Will-to-Continue. His Will-to-Continue could be his point of weakness.  In this case, the previous category of response with the high degree of self-risk is now not the “best” option. You could first explore other categories of responses with lower self-risk.

Therefore, the responses do not exist only on a linear continuum. They also exist in different dimensions.

I think your phrase ‘Will-To-Continue’ is great, because that gives us the only question that matters –

“What will make them stop”?

Realizing that this is a question that can be answered to alter the outcome in most cases (apart from with the rational or irrational crazies) now gives you time to find out what that answer might be.

Sometimes the answer IS me, physically forcing them to stop, at other times it could be them deciding not to continue due to external circumstances, or perhaps realizing that they have made a big mistake by miscalculating the threat posed to them.

I can influence their decision by how I act, what I say, how I move, what I do.

Everything I do has to swing the risk reward equation towards risk (for them). And it’s important to note that the equation needs to stay in risk/reward mode, and not win/lose mode. People emotionally hate to lose, and make very risky, and often irrational, decisions to avoid doing so.

If they are in survival mode, they need to feel like prey.

In social mode, they need to feel like they made the decision to not continue for themselves, to avoid feeling like they are ‘losing’.

In rational mode, you have to show them that the risk is not worth the reward, but have to worry less about it being a personal insight than just showing it as it is.

Finally, just a reminder that this is a piece about swordplay, so what I say comes from a limited view. It has ‘edges’. I do not speak from a self-defense perspective, but admittedly, the cross overs in tactics are obvious.