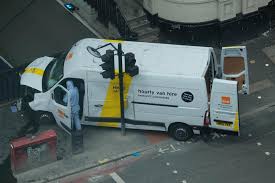 Summer is upon us, and we find ourselves spending more time with our kids, families, and loved ones outside of work. In the United States, thousands of us will attend large events, such as concerts, air shows, festivals, sports games, and outside gatherings. This is what we do, it’s who we are, and it’s the season we do it. Given the recent spate of terroristic attacks and violent incidents in the West, there is a threat environment we should also be considering and concerning ourselves with. We are now seeing more attacks conducted by person(s) simply utilizing a large vehicle to drive over people in crowded streets and mass gatherings.

These low-tech attacks are not only deadly, but hard to identify beforehand. They do not require a lot of training and can be carried out with common and everyday equipment or tools, such as vehicles or knives. The use of knives is becoming more common in conjunction with vehicular attacks. Knives, unlike guns, are easily accessible, do not require ammunition, do not need to be reloaded, and never jam. However, they are only effective at close range, and this type of attack requires a good amount of effort.

Vehicles are easy to come by as well. They don’t typically require a background check and there is always someone selling one for cash on Craigslist — no questions asked. But most importantly, they do not bring unwanted attention to us. They blend in with the other thousand vehicles on the road. A vehicle can be a means for transportation one day, and a deadly weapon the next, depending on who the operator is and what their intent is. The use of vehicles to kill civilians is not only explained, but it’s highly encouraged in terrorist propaganda such as Dabiq and Inspire magazine (Al Qaeda & ISIS publications).

What does that mean for us, and what are we supposed to watch out for? Well, I would venture to say this: These attacks are not just “attacks.” They should be looked at as “plots and attacks.” Every single one of them has been plotted out before it was carried out. Even if it was down to the last minute before the attacker made his/her decision to go forward with it. I consider the hour leading up to the attack still in the “plotting” phase. The attacker may have to conduct one more surveillance run to see if security has increased or decreased at their target. Maybe certain roads have been blocked or changed.

There are a multitude of reasons for him/her to change the plan up until the final moments. If you are already at one of these events, the plotting phase will be one of the few moments to spot someone out of place. Someone fidgeting, sweating, mumbling to themselves, or saying prayers in a low tone. Look for individuals carrying large bags that seem out of place, or long jackets or outerwear that is not seasonally normal.

What about vehicular attacks? These are becoming more common, as I said, so what’s our defense plan? If we look at the Nice and two London bridge attacks, we notice that all three vehicles were lorries (the equivalent to a medium size U-Haul truck). These trucks are not the most quick or agile vehicles; they are top heavy and have a poor turning radius. But if they have some weight in them, gain speed, and there is not much between you and them — your options are limited. In all three attacks, all three lorries drove in a zig zag pattern to cover as much ground and accumulate the most kills as possible, making it difficult for the victims to avoid being injured.

Removing yourself from the line of attack is of the utmost importance. Look for a “door.” During a threat protection course in 2014, we were taught to always look for avenues of escape and evasion. These areas are called “doors.” The term “doors” refers to a defining point of escape or evasion that would make it very difficult for a threat to follow you. This concept was taught to us as an anti-ambush/anti-kidnap defense method, but the context is still relevant even if it’s a terrorist attack. Movement is paramount here. Run towards the strongest object if possible: barriers, walls, bollards, parked cars. Get something in between you and the attack. Running into stores and restaurants is great, but just remember, if the driver wants to follow you there is a good chance the truck can make it through the front with the force and weight behind it. Small alleyways or areas that vehicles cannot make it through are all doors. “For more tips and ideas, look for my second article in this series about situational awareness and trusting your gut.

Michael served in the United States Marine Corps and is a veteran of the Iraq war. After leaving the Marines he worked in Gavin DeBecker’s firm has an executive protection agent. After many years service, Michael branched out and created his own company, and currently serves as Executive Manager of Security in a large Texas based firm.