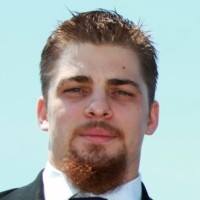 Complex ideas and situations can be simplified into manageable chunks with the aid of models, and violent crime is no different. One such model, known as the Crime Triangle, has gone through various iterations in criminology circles and filtered down in its various versions through law enforcement as well.

In a more mature form of the model, we see that crime is a positive interplay of three core components combined with a negative, or lack, of three corresponding components:

A violent crime happens when a (1) motivated offender and (2) attractive target converge within a (3) suitable location, in the absence of corresponding capable controllers.1

If any one of these components does not form part of the core structure of the Triangle, then the crime does not happen. This seems almost tautological at first, as though it doesn’t say anything that isn’t self-evident. “A bad guy and a good guy meet in a place with nobody to intervene. How revolutionary.” And yet I would argue that it is deceptively simple, and understanding these core components of the model can be very helpful in organizing your own self defense training, as well as guiding further research.

The world is a complex adaptive system, as is the violence that takes place within it, and one aspect of these more chaotic systems is that small changes in initial conditions can have drastic effects later on. Jeff Goldblum’s character discussed this phenomenon in Jurassic Park, for anyone that remembers that stellar scene of nerd knowledge being dropped. Small changes in these core components of the Crime Triangle can result in radically different understandings of a violent event and how it occurs.

Originally, the Crime Triangle only referred to third parties that could intervene specifically on behalf of the victim and stop the crime as “capable guardians.” Eventually, all third parties during a violent event were referred to collectively as “controllers,” that were then subdivided based on what they controlled. The controller that can intervene on behalf of the victim, for instance, is referred to as a “guardian.” The seemingly innocuous addition of the word “capable” to the concept of controllers has very large implications on the ground.2

This is because whether a guardian is present is not enough, since a guardian may not be “capable” in the sense of being able or willing to intervene. Your loved one such as your wife or grandmother is a potential guardian, but are they capable? Any lack in presence or capability is something that must be compensated for with any number of means, whether communication methods such as a phone and a predetermined plan of action, or possibly a legally possessed weapon. A handler, or the controller with a connection to the offender, may only be as capable as he or she is willing to stop the violence; some may actually encourage it. There is a large amount of research on how the presence of third parties connected to the attacker can affect a violent act, but how many instructors have seriously looked into it? The Triangle can help identify this deficiency.

Going further, territoriality and the sense of ownership or personal investment that a controller has in getting involved to stop the altercation can depend on whether the property is public or privately owned, the ability of the neighborhood to assert their territoriality over criminals, etc. A place manager such as a cashier in a large chain store is often less likely to risk her neck personally by intervening in an attempted assault in front of the store. The place manager in this large store has no personal investment, and this isn’t even her neighborhood, so why get involved? Why not call the cops instead? This delay can have lethal consequences for you.

The idea of a “motivated offender” was developed as opposed to a likely offender in the original triangle, since it was recognized that the mere presence of a criminal wasn’t enough for a crime to happen, even if the offender was a career criminal. One could hypothetically place a couple people next to each other and wait for the magic to happen, but that wouldn’t ensure that violence emerges.

There needed to be a triggering template involving how attractive the victim was from a vulnerability standpoint as well as other factors such as external “precipitators.” This is a list of up to 16 types of triggers ranging from arousal-stimulating sensory situations such as that found in the club with loud noises and crowding, to more personal ones in the form of a provocation or insult.3

When one considers how such a small change in the wording used by a model can have such large effects on how we look at the way violence happens, hopefully it is easier to appreciate how a precise yet simple model does not automatically mean simplistic. If your own model of examining violence can be haphazardly changed without any noticeable effect, than you haven’t identified the most fundamental elements for your model.

To give a practical example of approaching your own self defense training in light of the Triangle, consider body language. Many instructors are rightfully starting to incorporate nonverbal aspects such as anxiety cues to detect potentially violent behavior prior to an attack. This fits the mantra of “awareness” that many self defense systems preach.

This is all well and good, but if we take the simple concepts of the Crime Triangle, it becomes clear that simple “awareness” is insufficient. Awareness of what? Many approaches are heavily threat-focused, and yet this misses a large chunk of the necessary components. You may find yourself in the position of recognizing a threat, and yet what if you are in a neighborhood where not only will nobody intervene, but some may actively join in the attack? Looking into the crystal ball only to see your own inevitable ass-kicking isn’t exactly going to inspire confidence in your method.

A more structured approach to nonverbal cues would look at reading the crowd through expanded eyes. Who are the controllers of a situation? Is their posture dominant or submissive? If they do get involved are they physically capable of altering the outcome or would it be better to verbally instruct them to get help? Is the potential threat’s handler actively engaged or is his body language disengaged from the offender’s attempted action toward you?

Who are the players on the chessboard, and what are their roles?

This is just one example of using the Triangle to assess your training in the area of body language, but there are many more. What I would suggest is to take this simple model, perhaps even develop one of your own, and start brainstorming and critiquing your own approach to self defense. Have you thought of all the angles? You may be surprised by what you discover.

Nathan Wagar is the founder of Borderland Strategic Performance Institute. He served two combat deployments to northern Iraq with the U.S. Army’s 101st Airborne, as part of a task force formed for kill or capture raids of high value targets.

He currently coaches boxing and personal protection to civilians in New Mexico, as well as closed course CQB and active shooter programs to the US Secret Service assigned to the Albuquerque field department.