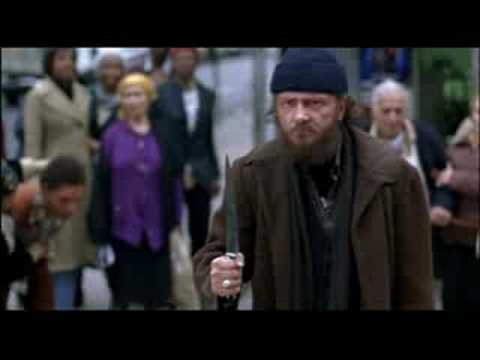 My godfather, Donald Milner, used to tell stories. He had been a Royal Navy officer aboard torpedo boats, a godfather to what felt like a battalion of other children, and a distinguished correspondent for the BBC covering everything from suffragettes to rebels in the Congo[1]. In addition to teaching me how to make cocoa properly (custard powder and condensed milk are key) his motto might have been “Expect the unexpected.” Instead I think his motto was “be unexpected.”

The best example of his “be unexpected” maxim is from his coverage of the Indian partition in 1947. Moving alone on foot during the violence, he ducked down a side street to avoid an oncoming mob of people whom he assumed would not take kindly to a young representative of Empire. However, emerging from the alley he came upon two Indian men. There was a long pause, terminated by the older Indian handing the younger Indian a brick, gesturing at Donald, and walking away. The implication of the brickbat was clear.

Donald never knew what gave him the idea. But when the man hauled back his arm to hurl the brick, Donald went into the catching pose of a cricketer – bent knees, hands open and placed together. And when the brick was thrown, it arrived as an under arm lob, which Donald caught. Donald then rose holding the brick, and when the half-astonished Indian saw this he also dropped into a catching stance. Donald politely threw the brick back to him, under arm. Nonplussed, the Indian simply dropped the brick where he stood, and walked quietly away.

My godfather maintained that what he had done was to change the story. On his arrival the older man had ‘said’ (without saying more than a few words) “Right, my boy. Our country is on the verge of breaking free of colonial influence. You had better do something to this Englishman if you are a patriot. Throw this brick at him and prove your chops.” Donald, in turn, had used body language to excite a narrative of playing a sport – cricket – with all the civility implied. Fortunately, because the younger man shared this conception of cricket, and it ran deeper than his instinct for violence, cricket won out.

On film, I have only seen this used in the classic Fort Apache, The Bronx[2], where Paul Newman’s patrolman character ‘defuses’ a knifeman rather than shoot him dead, by acting unexpectedly (to put it mildly). Newman turns asking for the knife into an eccentric, even crazy request, rather than a demand. And when the knife is handed over, the initial aggressor looks like he has solved a problem, and receives applause from the initially hostile onlookers.

Scientifically speaking, what changed in this exchange was what is called a ‘schema’ (Norman, 1981), and success can be called an ‘action slip’ (Sellen & Norman, 1992). Schemas can be grand, like a love affair, or technical, like swinging a tennis racket to serve. One theory is that schemas activate by environmental triggers, which is why like many people I find myself staring into the fridge for no reason, simply because I’m in the kitchen. To give some examples, schemas have been linked to experimental (Carver et al. 1983) real world (Gee, 2010) and online aggression (Runions, 2013).

In each case of aggression above, the effective action succeeded through activating a powerful alternative schema. Although in scientific theory one may change a schema any way you choose, it is my firm belief that you have to ‘be unexpected’. It is not enough to simply ask for a change in the story, particularly not when blood is up. It is best if it is shockingly different, implying that it is the aggressor who has misunderstood the nature of the  engagement. A story from my own experience may illustrate.

Approached at night by five men at a cash point and asked for money, I used the maxim of unexpectedness. I exploded that I was fed up with “Steve expecting money I didn’t owe him,” And why, I wanted to know, was he asking anyone else to collect it for him? This fully formed narrative was confusing, and derailed the encounter. When they looked shocked I quickly backpedalled and apologised profusely for being rude. I explained that I was angry because I didn’t owe the money and did not even have the money. I then asked what they had wanted originally.

At this point, the potential muggers’ instincts rebelled at restarting a mugging on a man they had just been talking to – and who was also on edge and apparently short of cash. They wished me luck and moved on, completely leaving the vicinity of the cashpoint.

What we take away from this understanding is problematic. Do people commit terrible acts of violence and cruelty because they live according to mean and boring narratives created by mean and boring people? Probably. is it possible to change the narrative by being unexpected and shifting to a more humane script? Sometimes. It should not be the only thing in your toolbox, but it might save you grief.