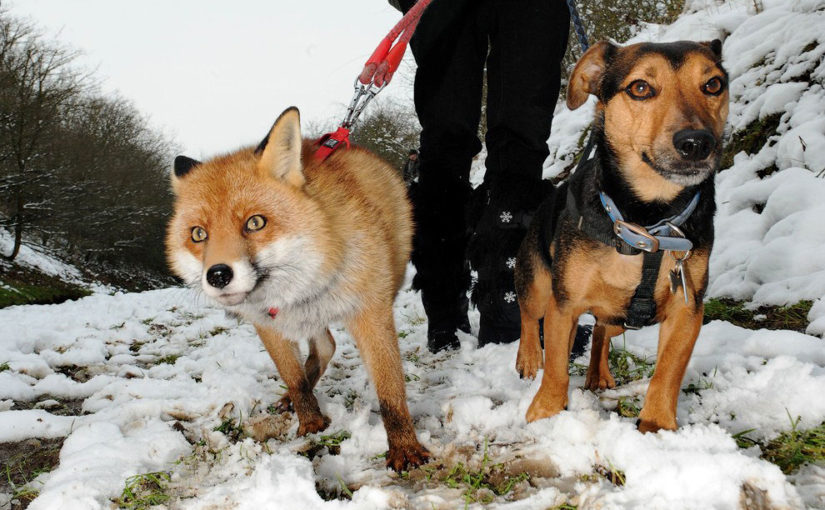 “We were wild animals for seven million years. We learned a lot of lessons. We should be careful not to lose them.”-Lee Child

Let’s keep that quote in mind as we compare a couple of definitions, the first—
Domesticated or Domestication, (from the Latin domesticus: “of the home”) is the cultivating or taming of a population of organisms in order to accentuate traits that are desirable to the cultivator or tamer.

For today’s lesson it is important that we hew closely to the scientific definition of this word. Merely finding a baby squirrel and keeping it as a pet is not by strict definition “domesticating” that animal, you are merely acculturating it to abnormal surroundings and there is a high probability that this “taming” will not survive sexual maturity. This is a lesson hard learned by chimpanzee and big cat owners, often what begins as an exercise in cuteness ends in the animal being what it is-wild. By the way, never the animal’s fault, it is merely being what it is-a wild animal.

Domestication by strict definition is a process of thousands of years or hundreds of bred-for generations to render a species more docile or yielding to human wishes.

A poetic but stark definition of domestication is the bred-for breaking of a species’ spirit over time to make us, the owner, happy.
The second word to be defined is Civilization.
We are not using the word in the broad sense of the combined progress and adaptation of social man to his environment, but rather, again, in a clinical sense. Man is not a domesticated animal in the strict sense of the word, as he was not purposely bred for tameness, as we have done with wolves to give us cute puppies, or predatory big cats that we have bred to be lazy window-sill nappers.
Man has never been subject to this strict purposeful breeding program so we are not domesticated, but voluntarily choose to be tame, or civilized. In this definition to be civilized is to voluntarily assume the mantle of a domesticated animal.

Man, in theory, can do what a dog or cat cannot do, we can revert to our wild state by choice. Yes, dogs can attack and cats can claw but no one will mistake their attempts at “wildness” for that of their ancestors. Man, on the other hand, can be just as wild as his primitive forebears as in essence he still walks around with the same body and the same brain that walked the savanna millions of years ago.

The same can’t be said for the Pekinese or Siamese at your feet begging for treats.
That bit of “Yeah, I’m a bad-ass caveman but I choose to be civilized and go all primal when I need to” may make some of us feel pretty fine indeed.
But is the choice of civilizing ourselves just a few shades off from domestication?
Just how quickly can we lose our primal abilities?

Let’s look outside our own species for a moment to another species, a highly intelligent one at that. Let’s see what happens when we remove it from the wild, attempt to tame it, and then do an about-face and attempt to free it back into the wild.

The below is from dolphin trainer Tom Foster’s account of trying to re-wild two wild dolphin, Tom and Misha, to prepare them for their release. [The following is from the excellent article “Born to Be Wild” by Tim Zimmerman in National Geographic 6/2015, pages 68-69.]

[Keep in mind the following account regards two wild animals that were born in the wild, captured and kept in captivity for a few years. These animals were not born in captivity.]

“…Foster didn’t see how he could restore Tom and Misha to the Olympic level of fitness they would need to survive in the ocean if he didn’t put them through a regimen of fast swims, jumps, and tail walks that would build muscle and stamina. ‘The only way is to train them so you can untrain them, he says.”
‘High-energy workouts require calories, so the first job was to overcome Tom and Misha’s picky eating habits and reacquaint them with the fish they would likely encounter in the Aegean, such as mullet, anchovies, and sardines. The strategy was to offer them a local fish species. If they ate it, they were rewarded with mackerel, a fish they developed a taste for in captivity. To mimic the unpredictability of food in the wild, Foster varied the amount and frequency of their meals. ‘When you bring them into captivity, everything from feeding to shows is very structured,’ he says. They develop a built-in clock and can tell exactly when they are going to get fed. We have to turn that around, because we know that in the wild they will eat more one day than another.’”

Now, I’m sure you’re way ahead of me by this point. A wild species that got fat and lazy due to a lack of exercise, regular meals, and finicky eating habits. Hmm? Sounds like we’re talking about…who?

OK, back to Tom and Misha two “civilized” dolphins, a creature of high intelligence with a remarkable cranial capacity (just like another species we know.)

“Foster also wanted to wake up their highly capable dolphin brains. He dropped into the pen things they may not have seen for years, like an octopus or a jellyfish or a crab. He cut holes along the length of a PVC tube, stuffed it full of dead fish, and then plunked it into the water. Tom and Misha had to figure out how to manipulate the tube so that the fish would pop out of the holes. ‘In captivity we train the animals not to think on their own, to shut down their brains and to do what we ask them to do,’ Foster explains. ‘What we are trying to do when we release them into the wild is get them off autopilot and thinking again.’”
Hmm? Brains on autopilot. Atrophied ability to think for themselves without predictable structure. We are talking about dolphins, right?

Allow me to call our attention again to Foster’s comment on how to “civilize” a wild animal: “In captivity we train the animals not to think on their own, to shut down their brains and to do what we ask them to do.”

So, to be clear it is absolutely possible to take a wild animal, even one as hyper-intelligent as a dolphin and to atrophy its physical and mental prowess with as little as a few years of captivity.

No, this is not domestication, not in any sense of the word…but the level of training required to wean a wild animal off of its civilization and to make it fit to be wild again is indeed food for thought.

Does voluntary civilization, and generations of it at that as opposed to one generation of catch and capture, compound the atrophy problem?
To be clear, this essay is not an anti-civilization and all its attendant benefits screed. No, instead it is intended as food for thought to an audience of individuals who consider honing self-protection skills, survival ability, self-reliance, independent thinking, and overall fitness as valuable.

With that intention in mind I ask us to pause and reflect to what extent have we ourselves possibly chosen voluntary domestication? And at what costs?
A key question at this point might be, is there a biological mechanism that points to us being able to lose physical and cognitive abilities in a remarkably short amount of time? A biological driver that once atrophied actually reduces our ability to even think about regarding some of these long lost abilities?
Without such a concrete mechanism this discussion is just philosophical piffle, or just another opinion piece.

So, is there such a biological driver?
It turns out there is. And this also comes from animal studies and we just may not like the animal that most resembles us in our current state.

We’ll cover that in Part 2. The Mechanism of Civilizing a Wild Animal.
Until then, have a second read of that quote:

“We were wild animals for seven million years. We learned a lot of lessons. We should be careful not to lose them.”-Lee Child