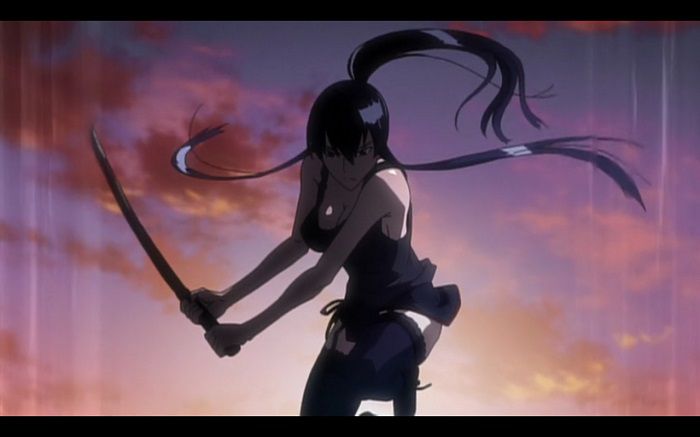 Several mornings ago while groggily clutching my warm, comforting cup of coffee, I came across an article that jolted me awake.

It was an article concerning Kayla Harrison, an Olympian martial artist who was sexually assaulted and abused by her instructor as a teenager. In light of this, the author puts forth a challenge as to whether modern women’s self-defense courses offered by martial arts schools give sufficient, comprehensive preparation to the women enrolled in their courses.

And if not, then what is lacking in the schools’ curriculum?

Self-defense programs in general, have one singular, primary focus: to teach women, who are often viewed as a vulnerable population, to defend themselves in any number of violent scenarios. The scenarios that are rehearsed center around the presumption that a woman could be attacked suddenly by a nameless predator.

Theoretical purse snatchers, being held at gunpoint or the tip of a blade, some menacing figure demanding your money and valuables.

Even worse – to be snatched into the back of a dark, unmarked van and raped, or left for dead.

Yes, this stuff happens. If you watch CNN regularly, you can’t help but notice the reports of young women who go out for a jog, only to be found hours later dead in a ditch, with visible signs of assault.

Compassionate self-defense instructors want to give their student the necessary tools to ensure that they don’t become THAT headline. It’s a noble goal, and an empowering one. I can say with some confidence that my martial arts background has given me some survival tools for the times that I must run alone, or walk through a dark parking garage to my car.

But I’m not overly cocky to think that my training is foolproof, nor will it save my ass in every possibility. Because nine times out of ten, it’s not a stranger that’s going to hurt me.

It’s going to be someone I know.
Perhaps someone I trust.
Someone I love.

I walked into a local dojo one summer when I was 22 years old, to inquire about self-defense classes. I wasn’t looking to become a badass overnight, although that would have been a pretty cool bonus.

The truth was, I walked into that dojo, having already been physically and mentally hurt.

It wasn’t by a stranger. It was my mother.

There was a story recently on the news about a 4 year old child that was found severely traumatized by police officers. When they asked the child what her name was, she simply replied, “Idiot.” She had been called idiot so many times, she had forgotten her real name.

Talk about a page out of my life.

I grew up in a house where a hard. ringing slap was not usual. Nor were drunken tirades, the phone being ripped off the wall, blinds getting shredded in her bare hands. Recounting all the names, and all the ways that left a dent in childhood, would take too long to say. Social services was called once by someone anonymous. It didn’t help. It only left me an accessible target for her rage. How dare anyone interfere with her right to parent me?

Self-defense and martial arts did not protect me from childhood abuse.
I walked into that dojo a few years too late.

But I did step onto a path that was necessary for my soul and well-being.
Because I was still hurting. And damn angry.

I couldn’t understand why the parent who raised me, was incapable of love. And why I constantly lived with the sense that my best was never enough.

My teacher saw the mess that was both abused child, and angry, confused adult. He used martial arts to tame my fury and teach me patience, to give me some small sense of self-worth.

He gave me encouragement where previously there was none.

He was 3 times my size, a gentle bear.
Because of him, I began to consider that I had some value in this world.
Or that I could be capable of something great.
And family, well..that meaning grew beyond blood and bone.

I cannot give enough credit to my first teacher, or the people and lessons learned in my time on this still-evolving path. If someone wanted to try martial arts, I would not deter anyone from doing so. It was the best decision I ever made for myself.

I lived alone during those early years, so I was anxious at the possibility of a home invasion. We did sometimes, work on “worst case scenarios”. I think I figured after the hell that passed for childhood, that the next person who tried to hurt me would be a stranger.

I miscalculated on that. Big time.
Because the next person who hurt me, was again, someone I knew and loved deeply.

Not long ago, I was in a relationship with someone within our martial arts community. The relationship moved very hard, very fast and without logical thought.

Looking back, it was a car crash waiting to happen.

He was handsome, charming, confident. He walked and moved with an assurance that I secretly envied. He could be so damn funny, passionate, and remarkably persuasive.

Perhaps too persuasive. He was blessed with a silver tongue, and would often privately boast, that he could get anyone to do anything he wanted.

That should have been a warning.

The relationship quickly took on the boundaries of dominance & submission, both psychologically and sexually. He was an intense force of nature, so naturally he emerged the dominant.

I was eager to prove myself worthy of someone’s love. That invisible scar from childhood abuse was still there, and I was starving for affection. Any affection.
Easily, I became submissive.

The relationship, through a number of twists, took a darker turn. I soon discovered that my passionate force of nature could be incredibly moody.
He showed one face in public to our friends, but something else when we were alone.
Intimacy took on a harder edge, until it was no longer true intimacy, but acts that bordered a gray line between pain and pleasure.

He ended our relationship to pursue someone else. But he decided that he wanted to keep our dominant/submissive sexual relationship, even as he pursued this new relationship.

He was maddenly, charmingly persuasive in why this was perfectly acceptable. He outlined passages from one of Antony Cummins’ historical research novels on the bujinkan, that detailed how the shadow warriors were encouraged to have sexual relationships – the theory being that it would further strengthen their bonds should they ever have to go to battle.

In other words, you’ll happily die for the one you’re fighting alongside, if you’re also screwing them.

I recognize now that he was taking historical martial arts lore and bending it in such a way as to keep my conscience satiated and my mouth shut.

Eventually, I began falling apart under the weight of the psychological games, and my conscience.

I wanted to be deemed worthy of someone’s love, but I was sickened by the fact that we were lying and hurting someone who didn’t deserve it. It went against the code of honor and integrity that we have within our community.

Be mindful of our thoughts, our words, our actions.

I couldn’t shake the feeling that I was being used. There were many arguments and disagreements.
Be quiet, not be quiet.
End things, keep things going.

My conscience was a noose around my neck dragging me to the ocean depths, but I would still be quick to say whatever words he wanted to hear.

It exploded one night, in a way I never imagined, the last time I was alone with him.

A year would pass before I could even discuss what happened.
And even then, I could only detail in writing.
When I finally gathered the courage to share, I was told by a friend with sad, concerned eyes, that it was unnerving, violent, and that it reads as a sexual assault.

It’s still difficult for my mind to wrap around.
It should not exist for me, not with my background and training. But I can’t explain away the psychological ramifications.

Bouts of insomnia and terrible dreams, which I sometimes still have.
I once dreamt of him etched in stone, a beautifully carved statue that abruptly turned into a roaring monster, chasing me down into darkness.

I woke up screaming from that one.

I attempted to date, but couldn’t bear to be touched. I would visibly shake, cry and have an instinctual urge to just..run like hell. And my dates were nice guys, really.

I spent a long time in a perpetually anxious state of mind.