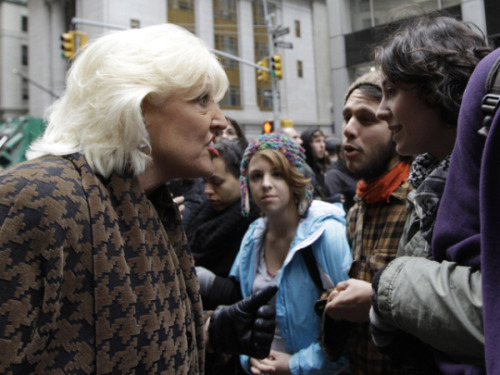 Imagine that you are in an argument with your significant other. You say “You need calm down”. Does that ever work to get him or her to calm down?

Does he or she ever say “You’re right, I am getting a little upset. Thanks for pointing that out. I will now calm down.” Or does the argument now escalate?

Imagine that you are a high school senior, your friend was just accepted to a prestigious college, and you tell her that she was accepted because she came from a “privileged” background. Does she agree? And then say, “Yes, that is so true. It was my privilege that got me accepted.” Or did you just lose a friend?

Imagine that your roommate keeps forgetting to do the dishes, you tell him, “You keep not doing the dishes because of your sense of entitlement.” Does he say, “Of course, that’s it.  I never thought of that. Thanks for bringing it to my attention.” Or, do the dishes now get “forgotten” even more frequently?

Imagine that you make a crude joke and you look your coworker and say “I hope that I didn’t offend you, I know you get offended easily.” Does she say, “Thank you for your consideration, I appreciate your thoughtfulness.” Or does she just glare at you?

Accusing someone or some group of being Privileged, Entitled or Offended doesn’t work to resolve conflicts. Their usage tends to make situations worse not better. We all know it from our life experiences. Then why do many people engage in it, particularly when talking and writing about social problems?

These words are hot-button words that are highly effective for recruiting supporters to your side. If you care more about generating avid support for your cause and less about finding a true resolution to the problem, these words will work well for you.

For example, telling your team that the other team is filled with privileged players, bonds your team against the opposing team.

Declaring to your tribe that a group of outsiders feels entitled to take advantage of your tribe creates unity as your tribe members bond with their righteous anger.

Many times, using words such Privileged, Entitled, and Offended is designed to create an emotional reaction in people. They are veiled insults. They carry lots of judgment and are loaded with assumptions. They are used as tools for creating tribal bonding and recruiting new supporters to the cause.

When people use these words to describe someone else or some other group, they are creating more tribal divisions and increased divisiveness. They are engaging in stereotyping and generalizations. The result is that they are making it less likely that there will be cooperation and eventual problem solving.

Maybe that is exactly what they want to happen. Maybe they benefit more from the tribal bonding and the outrage about the problem, and less from the actual resolution of the problem.

Here are some examples of substituting judgmental hot-button words for more neutral phrases.

Instead of calling someone Privileged, it could be pointed out that someone has more advantages than disadvantages.

Instead of saying he is Entitled, it could be explained that he believes that he has certain rights.

Instead of claiming she was Offended, it could be said that she feels there are ways in which people shouldn’t interact.

The words people use determine whether they want to start a fight, recruit supporters, or if they want to resolve a problem. If you or your tribe frequently uses those hot-button words, what are you and your tribe usually trying to do?