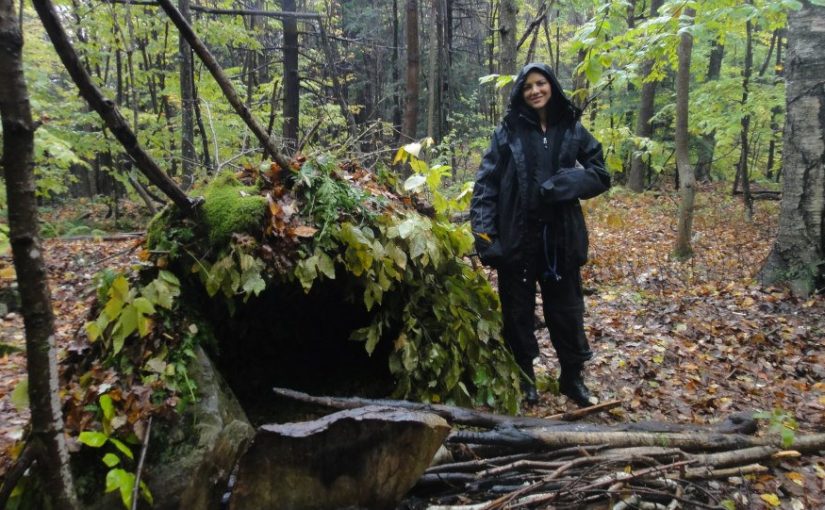 Your first target choice is the most important.

Your first attack either creates an opening for your second and third attacks or notifies your attacker that you need to be immediately neutralized. Once he knows you plan to fight, your element of surprise evaporates along with any time to strategize. Depending on his level of determination your assailant will do whatever is necessary to make sure his plan goes smoothly including, but not limited to, knock you out, tie you up, lock you up or kill you. Put yourself in his shoes. You’ve invested time and effort into this project, if you’re injured in the process or too much attention is drawn, you lose. If your assailant is fully invested in you, he may put everything he has into the completion of this venture. Wouldn’t you.

Sometimes your first choice is the most important one. Sometimes it is the only one.

(Caveat: Almost everything changes if your assailant has a gun and intends to use it. You will need to know how to read signals and to trust your knowledge and instincts. Does he appear to know how to use the gun? Is he desperate enough to shoot you? Might he shoot you be accident because of his level of anxiety? You will have to choose whether to give him what he wants, attack him, or run. More on this in other installments, or check www.ConflictResearchGroupIntl.com, wwwNoNonsenseSelfDefense.com and www.CorneredCat.com for detailed gun-related articles.)

If you create an opening with your first attack, you will have taken an important step towards the overall strategy of bombarding him so he can’t recover. This is how you damage either him or his plan and create an opening in time and distance large enough for your escape.

The first attack is where a mental shift must occur if it has not already. How you accomplish this daunting mental shift has been covered in earlier installments of this article and, if you remember, involves trusting your own decisions and perceptions, giving yourself permission to do whatever it takes to survive, even if it goes against everything you have been told about damaging another person. The ability to shift from what is essentially a social mindset to an asocial one is a psychological mystery of sorts. Some people do it easily and others can’t do it at all. Knowing where you fall is also an important part of this puzzle.

There is only so long you can defend against a determined attacker. The law says you may not aggress on someone unless you are in imminent danger. Once you have established that you are indeed in imminent danger, you must cease to be the rabbit in the trap and become the wolf feeding her cubs. This is to say you must become the attacker. In becoming the dangerous one in the relationship for this crucial moment, you remove some of his options (remember that the predator has more options than the prey). You want him defending, not attacking. The conversation must become a monologue in which he never has a chance to speak.

Subsequent attacks will also need to be fast and furious so he has no time to breathe, but they don’t have to be quite as perfectly chosen. Ultimately, you want to use everything you have together in a merciless barrage of targeted and brutal assaults that give him no chance to recover. This is how you survive a dangerous encounter with a violent criminal. Incapacitate him and leave. You have a wild animal inside you. We are educating that animal so she can be both wild and wise.

What are the best primary empty-handed attacks?

The Hammerfist
I’m going to recommend the Hammerfist. But, just to confuse you, let’s talk about punching, after all it’s a classic, and it’s similar to the hammerfist in some ways. Most women never punch, though boys seem to miraculously know how to hold their fists and deliver these things. In the movies we see a lot of this but the fact is, without spending a lot of time on it, punching takes practice, so if you don’t do it regularly, don’t plan to use it to protect yourself.

As the center of personality the face tends to be the primary target when men face off against one another. But the face is attached to this incredibly mobile thing called the neck, which makes it more difficult to hit than the movies might have you think. When punching someone in the face you run the risk of catching his skull which will make little impression on a determined attacker and will certainly keep you from using that hand again for a while. In face, you are more likely to break the tiny bones in your hand and wrist even if you hit his face, than you are to keep him from hurting you.

As an alternate option to the punch I present to you, the Hammerfist, which is exactly what it sounds like. Hold your hand the way you would hold a hammer. Now lose the hammer. That softer part of the hand is a better weapon than the highly breakable knuckles. Imagine punching a brick wall vs. pounding on it.

Another cool thing about the Hammerfist is how multi-directional it is. Punching is harder from odd positions. By odd, I mean from the ground or in a car. It’s very difficult to generate power with a punch when you’re lying on your back or trying to hit someone who’s reaching in your car window. Remember we’re talking about protecting yourself against someone who fights dirty. So you may not be facing the person, in fact you probably won’t be. He’s more likely to be behind you or at an angle, places where punching is difficult to impossible. For instance, you can pound down on someone’s neck or collarbone but you can’t punch in that direction unless you’re much taller. You can Hammerfist out to the side or down on an angle. Try it.

You can also turn many things into weapons by allowing them to protrude from the pinky side of your hammerfist. Now you can practice one technique with many applications.

Generating power with a hammerfist can take some practice. If you have any hard or sharp object in your hand, you don’t need as much power, but the section on weapons is coming up next. If you want to generate enough power to strike someone in the neck, groin or base of the skull, it would be wise to try it out, and see how strong you feel doing it. Get to a heavy bag, or something you can hit from different angles and work it out.

The good news is that practicing a hammerfist on a heavy bag is a great way to build strength without weights. Making contact with a heavy bag causes muscles to contract much like lifting weights.

(If you haven’t done this sort of thing before, don’t start out by hitting with all your might. Take it slow and respect your body. After a number of repetitions or a few 1 or 2 minute cycles, check back in with yourself the next day.)

Hammerfist Targets:
You can use a Hammerfist anywhere really but the best targets are both tough for your opponent or attacker to see coming and vulnerable to the attack.

Recommended Hammerfist Targets:
Front or side of the throat
Side of the face including the jawline (where ear, jaw and neck meet)
Base of the skull (where the neck and head meet) – This is an excellent target if you are thrown over someone’s shoulder. Be careful in practice, it is easy to knock someone out this way or to damage their neck badly.

Other Targets:
Groin (the groin is a great target except that, as we will discuss further, it is well-defended and therefore often easy to spot and defend as a first move.)

Hammerfist Targets with a Weapon
All of the above targets are applicable. Following are targets that are only sufficiently vulnerable to a very powerful attack or an attack with a hard or sharp weapon:
The kidneys can be hit with a hard or pointy object, but you must be very precise with anything but a pointy or sharp weapon. The kidneys can be found at the back floating ribs especially on a rising angle. A ‘hit’ to the kidneys tends to make it very hard to breathe, which should allow for a follow-up attack. You might think of using this target if someone throws you over their shoulder.
The back of the knee is where a bunch of ligaments attach. A cut to the back of the knee can disable the leg.
The achilles tendons is the thick tendon that attaches the calf muscle to the heel of the foot. If cut, it may make it difficult for him to chase you.

When practicing, focus more on the speed of retracting the hammerfist rather than the impact on the bag or focus pad. In other words, focus on the pulling back rather than throwing the hammerfist. This will make you faster and speed can be the same or better than strength in a fight. Also, when you focus on the attack you often pause briefly with your arm extended which can allow someone to grab you. This tip is somewhat counterintuitive, but in practice it is both more efficient and more effective.

Tips on generating power almost always involve softening your knees (it is very difficult be strong with your legs locked), coiling your hips (which takes understanding and practice) and exploding in your chosen direction. If you have played baseball or softball or even tennis, you understand the swinging of a bat or racquet at just the right time and with all your power.

These are concepts it is virtually impossible to explain. Even pictures don’t really help. They must be demonstrated. Video and live instruction are the way to go.