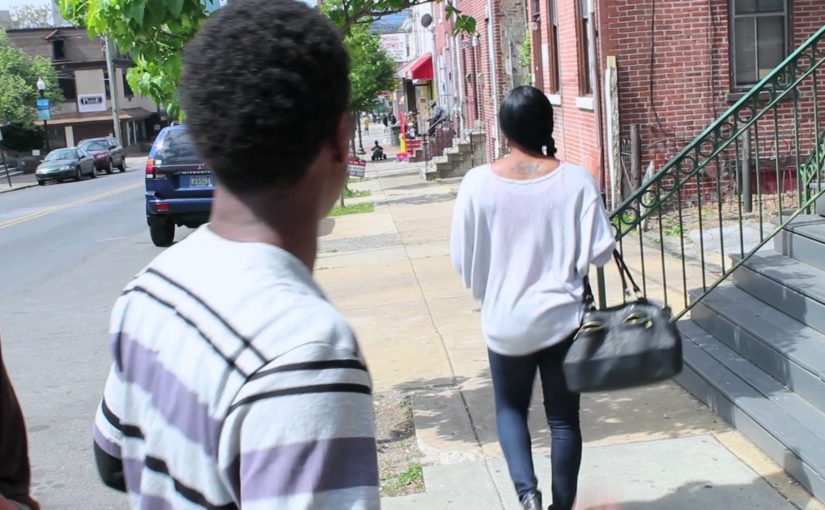 Last installment we covered the first part of The Self Defense Continuum and what it means to Deter a criminal’s Intent to harm us. But what is a criminal Interview and what does it look like?

An Interview is the way a criminal, who thinks you have what he wants, makes sure he won’t be injured or captured in the process of attacking you. This, by the way, is your last chance to read him, figure out his game and take off. Once he pegs you as a good bet, you will be peeling him off you instead of walking away.

According to Marc MacYoung, there are five basic types of criminal interview. Get the full scoop directly from Marc at www.nononsenseselfdefense.com (or NNSD.com). No need for memorization it’s the concepts that count. Even if these aren’t familiar they will make perfect sense. This is the highly abridged version.

The Regular Interview A criminal will approach you expressing a need–the time, a cigarette, whatever. He’s distracting you. While he’s talking, or you are, he’s checking your awareness and also your commitment to defending yourself.

The Hot Interview is a sudden, usually loud, mind-jarring emotional bombardment.  Marc says, “The success of this strategy relies on you not being accustomed to dealing with extreme emotional violence and reacting in a stunned and confused manner.” A stunned victim is an easy victim.

In an Escalating Interview, the criminal tests your boundaries with behavior that quickly goes from normal to nuts and will increase until it becomes physical if he gets away with his strategy. This is basically a Regular Interview that quickly ramps up to Hot.

The Silent Interview is where a criminal watches you. You may never have a face-to-face encounter until he attacks. This is the one that scares people most since they feel they have the least control here. The criminal goes through the Intent and Interview stages as he follows you through the grocery store and into the parking lot, hopefully (for him) without you noticing.

The Prolonged Interview can take weeks or more. Think stalking.

Just knowing there is a bomb is pretty important information. Action beats reaction. Once you see the bomb or hear it ticking, you can begin to disarm it or get away. If you don’t know what a bomb even looks like, you are fodder. The five types of interview give shape to your instinctive feelings about a situation.

Gavin DeBecker’s work is another very important part of honing the ability to read a predatory interview. If you haven’t already, grab a copy of The Gift of Fear. DeBecker writes about the kind of stuff you would usually see in Regular Interviews.

Regular Interviews can be perpetrated by well-dressed people with nice manners. The Persuasion Predator’s motto is, you get more bees with honey. This is true in general, but the Persuasion Predator raises it to an art form. This guy’s primary goal is gain your trust and keep you off guard so he can Position himself to get what he wants. This is where being able to think like a criminal can help you out, but you don’t have to go quite that far in order to tap into your persuasive side. Have you ever made promises you didn’t intend to keep in order to get something you wanted? Or told a lie in order to persuade the officer to let you keep your driver’s license?

There are ways to persuade without dishonesty as well. Persuasion Predators use those too. Whatever gets the job done.  Of course, not everyone using these methods is a criminal. The key is to use what you’re learning to spot groups of signals together. If you spot more than one ploy there may be something more going on.

DeBecker describes Forced Teaming as a stranger implying a connection between the two of you in order to get under your radar, as in “we are in this together”. There’s a certain natural distance with strangers that only time and trust will change. The idea here is that anyone trying to rush the natural progress of trust should be watched.

Another Ploy DeBecker discusses is Charm, which he explains is a verb not a adjective. People use charm to get what they want. Sometimes all they want is conversation, but sometime they want more.

DeBecker goes on to describe Too Much Information, Unsolicited Promises and others. Go get the goods, it’s on Amazon along with everything else.

If there were a 6th “D” it would be Deescalate. Deescalation plays an important part in deterring some forms of social crime. Deescalation is about slowing or stopping the flow of energy in an exchange that is gathering heated momentum-starving the fire of oxygen. Staying calm while someone berates you is easy and natural for some and near impossible for others. We can all probably think of lots of times things didn’t need to go wrong, but someone lost his cool and the interaction went to hell in half a second. This is a social skill so practice on your kids, on your loud obnoxious neighbor-every day and as much as possible.

Deescalation is a tool you can use to change or redirect an interaction with someone you’re starting to recognize as unstable or aggressive.

Peyton Quinn came up with a few things not to do in response to someone’s excessive anger. These may seem obvious, but common sense is less than common.

Don’t insult him. Insulting is escalation not de-escalation. Usually we only insult people we aren’t afraid of, but we all do dumb things in the throws of anger and other high emotions. Marc MacYoung says, “four letter words have no place in Deescalation.” Don’t tell him to calm down or relax. We all know this never goes well and yet we all say it in that same sarcastic tone every time. Telling someone to calm down is an insult. You are in essence telling him he is nervous and out-of-control.

Don’t challenge him. When you challenge someone with an unstable ego you are forcing his hand. “What are you going to do about it!” can only be construed as an escalation.

Provide him with an honorable exit. Make it easy for him to disengage without feeling like a coward or a looser. This often means you back down first. You have to be willing to stop making your point in the middle, or to apologize even if you’re right. Easier said than done, especially when emotions are high. Try phrases like, “I see your point”, or “I was out of line.” Give him the benefit of the doubt. Get more on Peyton at www.rmcat.com.

Deescalation is about remaining calm in the presence of someone who wants you in an emotional state that makes you less rational and less likely to see the truck coming. Here comes the caveat. Rory Miller says de-escalation techniques don’t work with asocial predators. They don’t see you as a person anyway, so your apology means nothing. This means you may not know what’s going on until you try deescalating the situation, but you will understand what it means when it doesn’t work.

Erik Kondo came up with a wonderful concept called the Goldilocks Principle, which says any response that is out of proportion to the situation upsets the balance. If you under react you may be seen as weak. Apprehension can look like fear, which can have a galvanizing effect on a predator. On the other hand, if you are aggressive in return you have nitro and glycerin. The Goldilocks Principle is Erik Kondo’s way of describing the Just Right Reaction that says, I’m not looking to make a big deal, but I’m not cannon fodder either.  You can find more on Erik’s work at Not-Me.org or ConflictResearchGroupIntl.com.

To all this I would add, watch out for the power of wanting. When we want things it makes us vulnerable. Any decent predator can use what we want against us, whether it’s a good deal on a car, a pair of shoes, or the opportunity to audition for a television commercial. Wanting is the bait on the end of the hook. Always check yourself when you are in the throws of want.

The criminal Interview is one interview you really want to fail. Whether it’s up close and personal or from a distance, what you know, how you walk, your general demeanor and awareness and the power of preparedness are your weapons.

There is no award or parade for de-escalation and avoidance or for failing a criminal interview. There is no sign that says, “phew! You just escaped dismemberment by a serial killer.” But you do win another day to eat spaghetti in front of the television or toss a frisbee with your kids. And that counts for quite a bit.