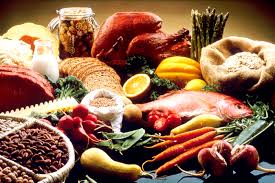 In martial arts and self defense we make the mistake of looking outside ourselves for the keys to protecting our loved ones. We look for physical techniques and even weaponry more often than we go inside for answers. We study boxing matches and look for the magic bullet. What would prevail, boxing or judo? What will build the best body, cardio or kettlebells? In an actual self defense confrontation, attitude may be our number one mental tool and it is in jeopardy when we are over-stimulated and malnourished.

What on earth is an article on nutrition doing in a magazine about managing conflict? Because, through an overabundance of entertainment and processed foods we have created an epidemic of bad behavior, the symptoms of which are major attention and focus deficits, adrenal fatigue, pathological frustration, anger and road rage and even depression and mental illness.

In Sayoc Kali, a Filipino tribal art I studied for ten years, health and life management skills were considered the first order of business. There is an old saying I never forget, though I can’t find whom it is attributed to. It goes something like this, “When daily things are out of order, life is like trying to build a lasting structure on sand.” The brain is the window through which we survey and respond to the world. Is your window clear, foggy or even warped or broken?

When we think of food, most of us think of carbohydrates, fat and protein – the macronutrients (at least when we aren’t thinking of the trifecta of sugar, salt and fat). We rarely think of micronutrients, the little puzzle pieces that plug the holes and do more than siimply satisfy hunger. Micronutrients feed the brain. One could go so far as to say that in many ways micronutrients create attitude.

A few years back, comedian Lewis Black said, “For all we study about health, we know nothing. Is milk good or bad? … I rest my case.” Food quality is a big deal right now. A hamburger isn’t a hamburger anymore and broccoli isn’t even broccoli. How is it grown? Cooked? How far has it traveled?

In 2006 Investigative Journalist and Author Michael Pollan, ushered in the slow food movement of quality over quantity with his books The Omnivores Dilemma and Food Rules, An Eaters Manual.  Pollan dedicated his book to his Mom, “who always knew butter was better than margarine.” We now have access to the most pragmatic and effective eating science and ideology in history, which, according to Pollan, though encouraging, isn’t saying much, “Nutrition science… is today approximately where surgery was in the year 1650-very promising…but are you ready to let them operate on you?” He suggests we eat a varied diet of real food. His simple mantra is, “Eat food, not too much, mostly plants.” We have all heard the buzz, but only a handful of us are willing to tackle ensconced cultural attitudes and a life of carefully cultivated taste buds.

When I competed in Taekwondo tournaments, I consumed tons of whole grain pasta, bagels and bananas thinking I was being healthy. I look back now and wonder how many injuries, headaches and sleepless nights I could have avoided if I had been eating the way I do now. How many wins did I forfeit while my body struggled to build a structure on sand?

Ask yourself a few questions to see if you may be lacking in some common nutrients:

Do you regularly experience lapses of short term memory? Do names escape you? Do you forget what you came into a room to do?

Nutrition may or may not be behind these uncomfortable and life-diminishing things. There is only one way to find out. Here is the short and sweet of nutrition (without the sweet).

My biggest revelation of late has been in challenging myself to eat a minimum of a pound of vegetables per day. It was tough in the beginning, but it has become a craving. Now I generally eat at least three different veggies at every meal. The change has been nothing short of miraculous – generally clarity, stress resilience, less joint pain and many fewer colds. We all know it is better to look good than to feel good – at 48 my skin was drying out, now I don’t even need moisturizer and it has become easy to maintain my ideal weight.

The more veggies you eat the less you eat of other things, so stuffing yourself with veggies is also a great way to lose weight. I love asparagus. Grate lemon or even orange zest over it after steaming. Artichokes with a little butter and salt for dipping are my popcorn. A handful of frozen spinach in almost any shake leaves no veggie flavor and just a bit of texture. My son likes my “oreo” shakes. The spinach helps add the texture.

Eat wild foods if you can get them

There are often more nutrients in the weeds in your yard than in the produce you buy at the store. In short, ten thousand years ago we ate food grown in rich soil and pick wild berries fresh from the bush. We ate small amounts of nutrient-dense foods instead of large amounts of nutrient poor foods. We are literally starving to death and overfed at the same time. This is a brand new problem. Two meals that appear exactly the same and may even taste the same can be vastly different nutritionally. Where did it come from? how long has it been sitting around on a truck or in a warehouse? If it was once an animal, what did it eat? If it is a plant, what was the soil like and was it heavily sprayed? Antioxidants are a plant’s way of fighting off disease and pests. Chemically sprayed plants actually lose their ability to protect themselves. As a result they lose their nutritional kick. It is now possible to buy oranges with virtually no vitamin c in them. Just writing that sentence gives me scurvy.

Many weeds are excellent additions to a salad or even a shake – chickweed, clover, dandelions, lambs quarters and purslane have a higher nutrient density than virtually all of the salad you are paying good money for. Just make sure the dogs haven’t been there first and of course, wash it all thoroughly, even if it’s organic. Organic produce is sprayed with often very toxic and less regulated pesticides. Nothing is sacred.

(TO BE CONTINUED NEXT MONTH….)