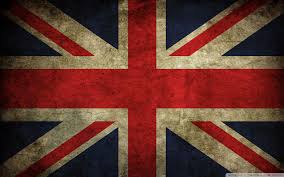 No, it is not advice on washing your latest new shirt, skirt or other piece of clothing. The cry, ‘These colours do not run’, beloved of the English football hooligan abroad. ‘Colours’ are large brocade and embroidery flags which were originally carried into battle so that soldiers of a particular unit could see where the rest of their unit was located at all times and used as a rallying point during the course of the battle. The infantry units of the British army each have two Colours: the Queen’s Colour, which is a union flag and symbolises the regiment’s loyalty to the Crown, and a regimental Colour which has all the unit’s battle honours inscribed on it. (http://www.royal.gov.uk).

Loss of the colours was not acceptable, indeed it would be a disgrace to the regiment so they must be defended at all times. The colours are not carried in modern warfare and are now used for ceremonial purposes, nevertheless, brave men died protecting a piece of cloth.

The thing is they were not protecting the piece of cloth but the meaning imbued in it. Every country has its flag, separate regions, states and counties have theirs, Vexillology is the “scientific study of the history, symbolism and usage of flags, flags are popular things.

We wave them to celebrate, we burn them to protest. One persons symbol of freedom is another persons symbol of oppression. For most nations the flag represents us, it is what we rally around when we get together, in September (12th) my brother is hosting a Last Night of the Proms (http://www.bbc.co.uk/proms/features/last-night) party and I expect there to be flags and bunting as we engage in this particularly British tradition. The Union Jack will be the main flag as it represents  Britain. It is so called because it combines the crosses of the three countries united under one Sovereign. The Union flag consists of three heraldic crosses, the cross of St George is a red cross on a white ground, the cross saltire of St Andrew is a diagonal white cross on a blue ground and the cross saltire of St Patrick is a diagonal red cross on a white ground.

And here comes a teaser, the Union flag is the flag of the Monarchy but has come to represent Britain, the flag of St George represents England, as I am English which is my flag? Well I prefer the flag of St George over the Union flag as I am not a monarchist. The problem is that some of us English do not see why St George should be the patron saint (if we need one at all let it be St Edmund) and why share him and his flag, why do we need a possibly Palestinian born Roman soldier as an English icon? It does not make sense. We English have our own identity and source of pride, our Anglo Saxon origins.

So for me, the flag I will be taking to the last night of the proms party will be the flag of the White Dragon of our Anglo Saxon ancestors. OK, the origins of the White Dragon as the battle flag of the nascent English, the Englisc as they first called themselves, is shrouded in mystery, mythology and numerous pieces of archaeological evidence. But for me it represents my roots, my identity as English better than some 19th century political coming together of separate nations or a foreign saint.

For me you pay your money and you make your choice. Fly your flag, I will fly mine. The flag you fly will say a lot about you, it will not say everything, but it may just reflect your core values and who you identify as. Flags are made to wave, they are made to show the world who we are, which tribe we belong to. My flag, the White Dragon, represents who I am, the tribe I identify with. That is it. I am lucky enough to have friends of many nationalities and I welcome them all and their flags.

I spent a week in a hotel in Greece a few years back whilst the European Football Championships were on, at night the place came alive with the supporters from Holland, France, Germany, Italy and England all donning their respective football shirts and colours and bringing out their flags, rallying around their colours. It was a mini celebration and the vibe was fantastic. Members of different tribes hoisting their colours in an air of mutual respect. Not as opposing camps about to go to war but as fellow travellers differing with each other but respecting the others beliefs and traditions, a healthy form of patriotism. These were not the hooligans for whom football is a vehicle for violence which is like the false patriotism referred to be Samuel Johnson when he said “patriotism is the last refuge of the scoundrel”.

I do not have time for flag burners. For me it is a sign in itself when that point is reached, a sign that the burner cannot articulate and so resorts to desecrate. Flags as icons really do come to represent the sacred and the profane and polarise peoples. That star spangled banner represents freedom to many in the world but is the shadow of repression for some. Recent events in the USA over the Confederate flag and the Star and Stripes highlight the increasing political divisions in American society as highlighted in Jonathan Heidt’s excellent book ‘Righteous Minds’.

The rainbow flag of the gay pride movement and the black flag of Islamic State both arouse passions that cross boundaries of nation, religion and morality in a multitude of ways. Both proclaim to the world the identities of those who gather under them and their allies who attach themselves, to me they are almost diametric opposites in both visual representations and values presented.

Stark contrast? You bet. Often it is the starkness of the contrast that helps us to see. So reading the signs is pretty easy with flags, they are obvious symbols who’s principle use is to express the identity of the group. Now earlier I said I was English, of Anglo Saxon descent, but I am also a Yorkshireman, hailing from gods own county itself…… So for me, alongside the  White Dragon I also will hoist the White Rose of Yorkshire. Does this mean that I must never tread foot in that hell hole that is Lancashire? Of course not, I love a good hotpot and a pint of Boddies, but I do love some of the banter and long may it last, raise your banners, if you feel the need proclaim to the world who you are, there is nothing wrong with that but do not get ants in your pants when somebody else does the same, especially somebody different, with a different flag, of different colours with a different identity, because that, as we English will tell you, is bad form.

So reading the signs is important, some are obvious like flags waving in the breeze, bright and brazen, others are less so and require a more practised eye to spot them. The thing is we humans fill our world with signs and symbols, letters and numbers being just that though they take on a life of their own when we use them so often. These are more or less universal symbols but every tribe has its own symbols with which it interacts and identifies itself and sets its boundaries. Know them, learn to read them, respect them and you will stay that much safer.