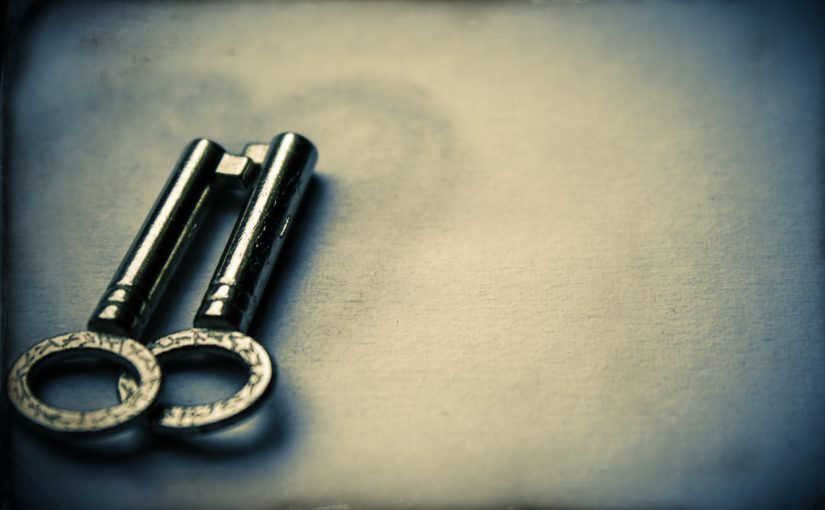 I have a unique background in that I’ve dealt with conflict on numerous fronts, and in different capacities. As a former member of the U.S. Army and a student of martial arts and physical self-defense for over 30 years, I’ve dealt with conflict on a physical level. Working various bodyguard and security positions throughout the years provided experiences in dealing with conflict on a different front. And as an attorney and mediator, I’ve both represented clients in disputes and acted as a neutral to assists parties in resolving their conflict before turning the authority over to a judge or jury. One unifying constant in all forms of conflict is that the communication between the opposing parties directly influences how the situation will be resolved and where the conflict will go next. In every mediation, and in all of my communication skills workshops, I teach these two simples keys to effective communication. Because, as I like to say, we are always communicating, but we are not always effectively communicating. We must listen to understand, and communicate to be understood.

The first of the two most important skills regarding communication is listening to understand.  When people express themselves, they want to be heard.  FBI negotiator Gary Noesner has stated, “Listening is the cheapest concession we can ever make.”  I agree with him one hundred percent. Listening is crucial for the mediator and anyone who wants to resolve conflict.  But it’s not enough to just listen, or pretend to listen, that’s because people also want to be understood.  Therefore, you must listen to understand.  Sometimes people don’t even understand themselves, but want those listening to understand.  This is why this is the first of the two important rules.  First you must make it your goal to listen and understand, and then you can communicate to be heard and understood.

You want to understand on both an emotional level, and an intellectual level.  You want the other party to feel that you understand what they are feeling, as well as understand what they are saying.  You can achieve this through what is most often called “active listening.”  This is just what it sounds like, “active.”  You don’t want to be thinking about what you are going to do later, what happened earlier, or what you are going to say next.  You want to be actively engaged in listening and understanding what the other person is communicating to you.  It’s harder than many think, but easier once you practice and make a habit of being fully engaged in understanding what is being communicated to you.

Ways to do this include blending with a person.  You do this by nodding in agreement with those things you agree with, making occasional and appropriate sounds of understanding like “uh-huh,” “oh,” and “hmm.”  Sometimes you’ll want to repeat back what they’ve said so they know they’ve been heard.  Everything about you, including body posture, voice, tone, eye contact, must convey an impression that you hear and understand.  And the true conflict resolution professional truly does want to hear and understand!

As mentioned above, sometimes repeating something back to the person helps with understanding.  You don’t want to be a parrot and repeat everything back, but depending on the situation, some things will definitely be worth repeating.  You may also want to ask questions to clarify certain things.  Actually, you will want to clarify anything you might not fully understand.  Remember, the goal is to understand.

Summarize and confirm what you have heard.  Make certain you really do understand and don’t assume anything.  Be sincere in asking if the other person feels understood and ask if there is anything else.  Remember, it is not only your job to listen to understand, but to ensure the person you are listening to knows that you understand and feels understood.  Once you achieve this, the person is much more apt to be cooperative going forward toward resolution.

Obviously, the rules I’ve shared so far relate to conflict that is in a more civil setting, such as a mediation or even a negotiation that isn’t volatile. But listening is equally important in those situations where violence may erupt, maybe even more so because of the stakes at hand.

When I’ve assisted Peyton Quinn with classes in Colorado, we’ve demonstrated the difference between passive, aggressive and assertive responses and how they affect the outcome of situations. But we’ve also addressed the differences between territorial and predatory woofs. A predatory woof might be when someone says he’s going to stomp you, while a territorial woof would be having him say he is going to stomp you if you don’t get out of his territory. When it is territorial, you can often just leave and avoid the violence. That is, as long as your ego doesn’t get in the way with something like, “No one is going to tell me where I can go or not.”

Listening to understand, and recognizing the difference, can go a long ways toward avoiding violence, and resolving conflict easily. Just leave if it is territorial. There is obviously more to it, but this should illustrate why the concept is important.

Communicating to be Understood

If you start your communication with, “You dirty rotten so and so,” how much of what comes next do you think the person you are communicating with will listen to?  Unfortunately, many messages are sabotaged by such ineffective methods of communicating, resulting in misunderstanding, messages not being heard, or sometimes just simply being ignored.

Therefore, the second most important skill when communicating is to communicate to be understood.  We must remember that the signals, symbols, and suggestions that constitute our communication output provide the opportunity to influence relationships in a positive manner if we choose to do so.  Unfortunately, signals we send, even unconsciously, can negatively affect relationships and the communication process as well.  It’s important to monitor the signals we are sending to ensure are message is being received and understood.

Many experts suggest that the non-verbal communications we make are more important than the actual words we use.  Things like the tone of our voice, our body language, and general attitude toward the communication process are all part of the whole, and have an impact on how your message will be received and understood.  You might be saying you want to resolve the conflict, but if you tone and body language project that you don’t care, it will be more difficult to reach resolution.  If you don’t listen to understand the other party, why would you expect them to listen and understand you?

Other things that can help you communicate to be understood include tactfully interrupting interruptions and telling your truth, not the other person’s.  The tactful interruption is done without anger and blame.  It is done without fear.  You can simply say the person’s name, over and over if needed, until you get the person’s attention.  Once you gain their attention, you can proceed forward by stating your intent, clarifying something that needs clarification, and further engaging in effective communication.  Telling your truth involves using “I” language rather than “You” language or absolute truth.  “The way it appeared to me” is less apt to be confrontational as the absolute, “You did X.”  “I felt hurt by what happened,” can be more effective than, “You hurt me.”

The key is to use language, tone, and body gestures that help convey the message you want to convey, while at the same time ensuring that the message is being understood.  If the other party is not as practiced at listening to understand as you are, you can assist the process by making sure you are clear and understandable.  And during the process, always remember that you must also take your turn at listening to understand.

In a conflict that has the potential to become physically violent, I often illustrate the three responses I mentioned that I also assisted Peyton Quinn in demonstrating them. The three responses are passive, aggressive, and assertive. The first two generally end up with the situation going physical, while the third, assertive, has the greatest possibility of deescalating the situation and resolving the conflict without violence.

Using profanity and calling the other person names, combined with aggressive body language and other behaviors is almost a sure way toward punches flying. While assertive language, combined with assertive body language and tone of voice will most often resolve conflict that has the potential to go violent without anyone getting punched in the nose.

These two skills of listening to understand and communicating to be understood are important for mediators and parties involved in conflict. And as you can see, they are as important in the bar or street as they are in the mediator’s conference room. Because so often in mediations the parties are having difficulties communicating (almost always), I started briefly discussing listening to understand and communicating to be understood in my opening statement. Providing the parties with a short communication lesson to assist with the process has paid off with more successful sessions and resolved conflicts.

I recognized that these same two communication principles apply equally to many self-defense situations where the conflict has potential to be deescalated and physical violence avoided. So I started including them in my safety and self-defense presentations too. Much conflict is the result of ineffective communication, and by learning and practicing these two keys to communicating effectively you will find yourself in fewer conflicts and able to better resolve the conflicts you do encounter.