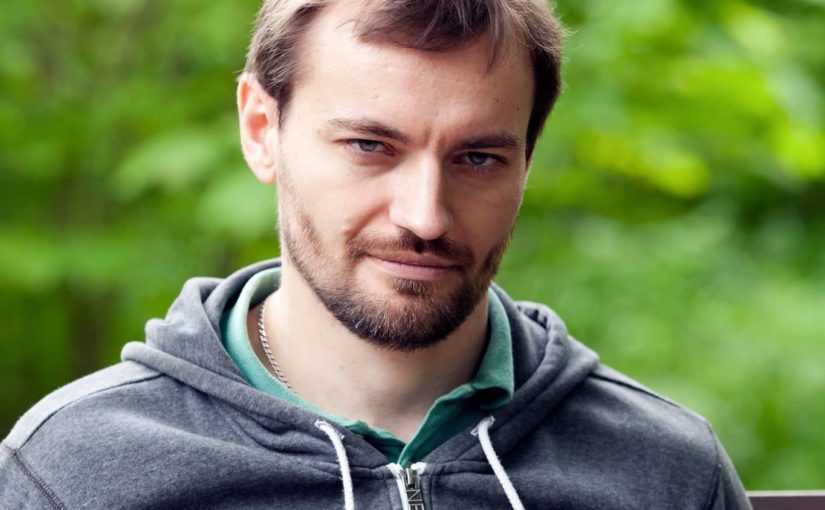 The Russian Martial Art is based not on techniques, but on the so-called principles. A principle is a versatile formula, a matrix, and a general rule that can be used not only in combat situations, but also in many other diverse encounters. Principles are algorithms that are ready to use.  More than this, principles develop our independent thinking whereby a person or practitioner evolves into a leader. However, this is not an occasion, but a target of the Russian martial art. To win a fight, your style must be unpredictable. You can achieve this by deploying principles that make your mind and movement free. In addition, you can find a way out of any situation not only because the principles are universal, but also because any person is taught that life is a fight in and of itself.

This article explains how to simplify a structure or a process and use this knowledge in self-defense, project promotion, negotiations or even carpentry.

The general principle is to prefer a simple structure over a complicated one and to get rid of any mediators.

For example, try to punch with a palm heel instead of a fist. It makes your strikes safer for you, because you cannot hurt your wrist or metacarpal bones while fighting. Our fists (ossa metacarpi) are too fragile. In the anthropological sense a human being is not supposed to punch, our hands are designed for grabbing things and doing a million of complicated operations. Thus, the metacarpal bones are thin and breakable, because if the bones were solid, we couldn’t use our hands the way we do it now. Writing, molding or platting would have been impossible. So, if you fight in a street and you have damaged your fist against somebody’s forehead, it makes you unable to use this hand for some. But if we exclude the fist and hit with the palm heel you we cannot hurt our hand; thus, we can win. The fist is an unnecessary link here. Our hand consists of three major joints: a wrist, an elbow, a shoulder – 3 joints altogether. Eliminating the fist and immobilizing one joint makes the whole “system” more reliable, as we all know that complicated systems are easier to be brought out of operation or broken.

Some people study karate, wushu and they are trying to harden their arms, but you cannot cheat the Mother Nature. It would take you at least five years to achieve good conditioning and still nobody could guarantee that you wouldn’t break your hand against somebody’s skull. Palm strikes are not so swift, but they are safe. It can be crucial if we are talking about a street fight where you need to deal with multiple attackers. When we slip and fall down we a support with palms, because we are not afraid to hurt them. At the same time a lot of people are afraid that they can hurt fingers, knuckles or metacarpal bones in a street fight, especially if they have hurt them before. In the Russian Special Forces systems they don’t strike with knuckles by another reason. For example you hurt your arm against your enemy’s helmet, and then your hand turns into “a bulb”, or your index finger is broken. That’s it as you cannot pull a trigger, you cannot use your gun.

Palm strikes are easy to use in darkness, or when you are blinded by blood, or sand, whatever. We can feel where the opponent’s face is when we stand nearby. If we can touch the opponent’s arm, we can “calculate” the location of their face. We don’t need to aim to hit the chin directly. We can smash the face and it hurts anyway. If we punch with a closed fist, we should deliver the direct hit, otherwise the punch is useless and if we talk about real self-defense, one second can be vital.

Historically fist punches were used in the traditional fights which were a rite, a symbol of the eternal struggle between Good and Evil, Day and Night, Spring and Winter, For example, fights during fertility fests known among Slavic nations.  Later these sacred symbolic fights evolved to sports, like boxing or traditional forms of fist fighting. Such a form of fight has never been used for self-defense. Two guys from one village could fight each other, but they couldn’t use real combat techniques, because they could harm each other seriously, and that would not be accepted, as they were from one clan, one community.

There were fewer people in the Middle Ages and any member of a community was appreciated, especially the ones who could fight. At the same time people wanted to take it out on somebody they had a conflict with and fist fighting was a “safe” way to do it. Also, it was a “safe” way in the medieval Russia to train youngsters (although sometimes people died in such fights). However, they didn’t use it in real fights, when your life was a prize. In a real combat you’d better use other techniques, like a low blow to a groin, which is not permitted in boxing. It won’t be correct to say that boxing or fist-fighting are useless in a street fight. Many times in my life a couple of boxing punches were enough for an opponent, but I had other techniques in my stock like knee strikes, throws, and so on and could help myself if the punch would miss the target.

Yes, masters study all techniques including fist-fighting and palm strikes, but we talk about a usual self-defense situation, and a usual person involved in. It’s better to use palm strikes, because they are effective, simple and do not take long time to learn.

Now let’s progress and talk about the business application of this principle. If you want to present your project to someone (e.g. a potential investor) you’d better to evade dealing with their deputies or assistants, because they are an unnecessary link here. They can steal or misinterpret the conception you want to offer. Try to avoid mediators where possible as they can make it worse sometimes. Communicate directly. Seek the unnecessary links in any system you deal with. The lesser joints, the better.

There is one Russian children’s game which is called “The broken telephone”. Rules are the following: kids sit together in a row and the first one whispers a phrase to his or her closest neighbor. The neighbor transmits the phrase to the next kid, until the last one gets it, and then the last kid should tell it out loud. Usually the phrase is so corrupted due to whisper, that it causes common laughter. This game is a perfect illustration of this principle.

Once I decided to organize a Russian fist-fighting group in a college belonging to Russian Orthodox church… They already had some classes there, but I had some new ideas (some exercises and techniques they didn’t know). Instead of talking to the “big boss” I decided to talk to one of his subordinate teachers, who was younger. I thought we could communicate better.

After our conversation he told me he would call me. But he never did. I called him myself to find whether he passed my suggestions to the main coach. The answer was negative. However, I found out through one of my teenager “spies” in his group that he started to use my ideas without notifying me. When I called him again and told him I knew it he was astonished and had nothing to say. I learned the lesson.

After that case I’ve always contacted to the “big boss” directly – when I’ve first met Mikhail Ryabko, I asked his personal phone number to have a possibility to contact him directly.

Let’s see how it works here:

Number two is an unwanted mediator, a dangerous barrier. They can do anything – misunderstand your idea or even borrow it.

We can also add one more usual unnecessary link – a receptionist. So, the “system” now is even more unreliable:

As we’re all humans we can say that the receptionist might forget about your message. It happens, doesn’t it?

“A Spanish speaking bandit held up a bank in Tucson. The sheriff and his deputy chased him. When they captured him, and the sheriff, who couldn’t speak Spanish, asked him where he’d hidden the money. “No sé nada (I know nothing),” he replied. The sheriff put a gun to the bandit’s head and said to his bilingual deputy: “Tell him that if he doesn’t tell us where the money is right now, I’ll blow his brains out.” Upon receiving the translation, the bandit became very animated. “¡Ya me acuerdo! Tienen que caminar tres cuadras hasta ese gran arbol: allí está el dinero.” (I remember now! You should go three blocks to that big tree, the money is there)

The sheriff leaned forward. “Yeah? Well..?” The deputy replied: “He says he wants to die like a man.”

The translator was the excessive link in this story. If the gangster knew English, he could talk directly to the sheriff and save his life.

The same principle also works in communication between friends. If you want to piece up a quarrel with somebody, you’d better not involve any negotiators. It seems to us that everybody thinks like we do, but in fact everyone is a different Universe and such a negotiator can make things worse.

At the same time if you are a mediator of such a kind you should not to be excluded. For example you have some ties with a person who has enough money, and then another friend offers you to unite to make a project together and to introduce him or her to the potential sponsor. So you should remember that afterwards your friend can think that you are the “unnecessary link.” It’s better to keep the information and never disclose your contacts, and to be useful.

You can use this principle in carpeting, making structures of wood. You can use it in welding, in construction. It depends on what you need: beauty or reliability. A complicated structure is often not reliable; simple structures provide more endurance.

You can use it just everywhere, including establishing a company or forming your team. For example, if there are too many ” links between a person who takes decisions and a staff member in your company, it might not be reasonable. Say, there are some troubles at the staff  level. The staff member addresses his or her superiors, they pass it on, and finally the information is on the top-manager’s table. What if it’s too late? What if the speed of transmitting the information is too slow? And vice a versa – even if the top-manager solved the issue and took the right decision, it would take some time to be communicated to staff. Time loss results in performance or business opportunity loss. Sure, if your company is global such links are inevitable, still it’s never late to think how you can eliminate the extra “buffers”.

The same method worked at battlefields since the ancient Romans – smaller, but well-trained squads with good interaction defeated large, but disconnected barbarian armies where communication between the units was hard and insufficient.

So, from the battlefields of the past to the modern office the same principle applies: simplify what you do and try to deliver it direct, whether it’s a strike or a business proposal. Polishing this skill takes certain time and requires a good level of observance, but the results will be beneficial.