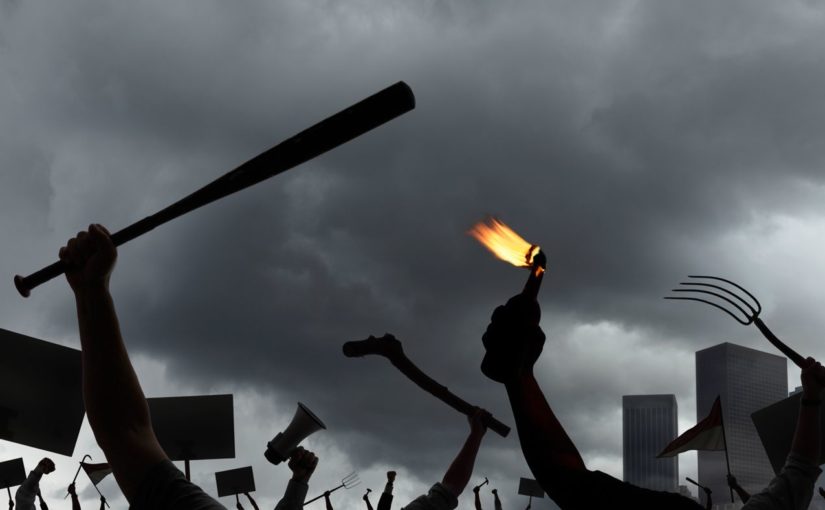 Unfortunately, we will never completely understand the human race, as we also never really understand a subject as twisted and complex as what violence is. If, you have not been exposed too much violence throughout life, then your training will be subjective. When talking to most people their belief of violence is mainly based off their own understanding of what they learn in the dojo, see in Sporting events such as Boxing or MMA, or even what they watch in a film.  Sometimes it might come from personal experience’s working in such industries like the Police or the Prison Service or even working in the Security Industry as front line security. But how many people have to deal with or have dealt with violent offenders on a daily basis.

A lot of Instructors teaching Martial Arts nowadays tend to have little or no experience with real world, brutal violence and yet advertise that they teach Self Defence. There are very few who carefully look at what they are actually teaching or indeed what they have been taught. Now, because some people lack real world experience they will tell themselves a story about how they think it is rather than how it actually is in reality. As human beings we assume way too much. Unfortunately in the realm of Martial Arts and I’m in no way putting down Traditional Martial Arts as it is still a great love of mine but SEXY sells and we see this day to day in advertisements.

A lot of practitioners are seldom able to separate reality from the things they see in the films. Now this is a problem if they are teaching other people the same. People often use assumptions, reason, tradition, and recreation as a way of training for violence in the real world. Violence is ultimately about conflict and can come in many forms for instance: a group of people fighting in the local pub. Two Boxers fighting in the ring. A Nurse trying to help an aggressive, emotionally disturbed person in Accident and Emergency. A police officer attempting to handcuff a non compliant offender. A Door Supervisor escorting an intoxicated individual from the premises, someone who is being held up at an ATM at knifepoint. Armed robbers invading a jewellery store. A sexual predator following a young female home from a night out. Bullies who are bullying other children in the playground or even be a violent drunken spouse abusing their partner.

These are all different situations and all require different psychological, tactical, and physical skills, but they are all in the subject of violence and Self Defence. In fact, the only real experts are the criminals who commit violence onto others on a regular basis without any conscience of what they have done.
The million pound question is how do we train for something that is so hard to define?

Some Martial artists try to do it all. They offer self discovery and enlightenment, physical fitness, street fighting, fighting in the ring, and Self Defence. They try to be all things to all people. They may even throw in military and combat training for good measure to make it more macho. Whilst all these aspects can all be connected in some way, they are not compatible.

Whilst all of these areas most certainly have practical applications that can be useful in Self Defence training, they are not, in essence, Self Defence training. Yet when someone rings up a martial arts school and asks, “Do you teach Self Defence?” the answer is always yes, Clearly money has become more important than integrity and our moral and social responsibilities. Let’s take a look at the roots of most traditional Martial Arts and how they still train, it has very little to do with dealing with modern day violence and assaults. If we take a traditional Martial Art like ninjitsu and look at its origins we will see its reason for practice was primarily for assassination by stealth! So then I think we can safely say many people are going to question its modern day Self Defence applications.

As I said earlier, I love traditional Martial Arts. I mean that’s how I got started in all this in the first place. I don’t think one style or system is better than another. But I think the problem lies in practitioners being delusional about what it is they are training for. While carrying a ninjato, climbing trees, and disappearing into puffs of smoke might humorously be considered useful strategies to avoid conflict, they probably don’t have practical application for modern day Self Defence.

Many systems often show techniques like this: Attacker assaults defender. Defender does technique (A), the technique is successful and so it finishes. This badly attempts to replicate real world violence. When you think about effective Self Defence training, does waiting for ideal circumstances to perform technique (A) seem like a great strategy?

In a lot of real situations, unless people are assaulted by a surprise attack there is both a pre confrontation and pre fight stage as some call it (The Interview). So why is it that individual’s are not being taught how to deal with the situation earlier in order to avoid the physical assault taking place? Many responsible Self Defence systems teach this before even getting to the physical aspects of Self Defence. It is very foolish to believe that the chance of you ever being attacked under ideal circumstances will happen. Attacks don’t happen in spacious areas with soft matting and good lighting with minimal contact.

Sound, solid training needs to address how to recover from the fear through fear management, pain, and shock of an assault as quickly as possible in order to survive. Stress inoculation through use of emotional invocation must happen in training otherwise we risk sending people out into the real world with false confidence.

There is a great chance you may be injured and in pain before you’re even aware of the conflict and what is going on around you in a real life situation. You must break free of the shock and surprise in order to beat your own fear and instantly change your mindset from victim to predator. This needs to happen in just a few seconds in order to survive the attack. Understandably, this is no easy feat. But it needs to be trained if people are to be successfully prepared for the reality of a violent encounter.

Self Defence training also needs to address how one can avoid violence and how to avoid not be assaulted in the first place, either through hard luck or plain stupidity. Training needs to be preventative and in order to accomplish this more time must be spent on learning prevention techniques. We should be looking to escape or avoid, de escalate or negotiate; adjust and respond or comply depending on the context. When everything else fails and it has to become physical, then we must train to do so on our terms as much as possible.

The idea of waiting for a person to bring violence to you before you execute your technique isn’t a great strategy. We really need to outwit, not just outfight. Non reality based training sets you up to become a victim rather than learning to take the upper hand with initiative. There needs to be a change in mindset from one of reluctant victim to wary predator in order to shift the odds of surviving violence in your favour.