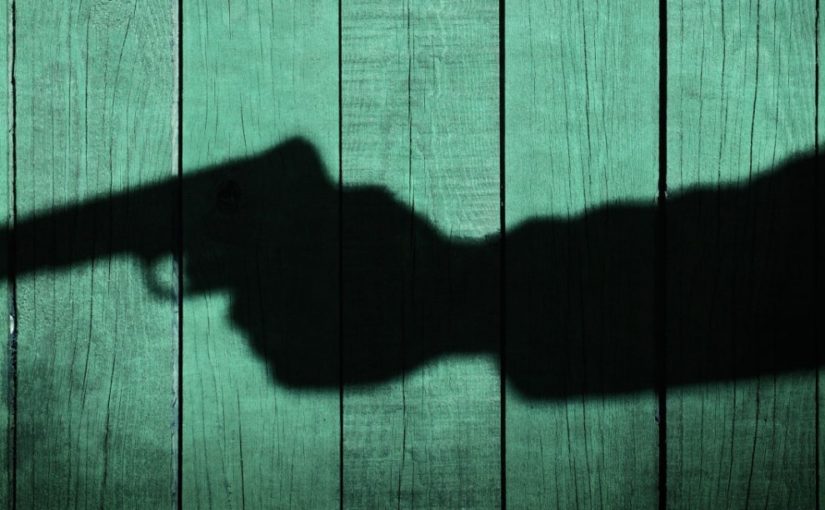 When you need a job done, do you go with the cheapest and least experienced contractor? I mean hey money is always an issue and if you can save a buck why not. Because when you hire a professional you are paying for knowledge and experience and he or she is going to cost you a lot more than the guy you hire out by the local giant home supply store.  Sure it’s cheaper but you are paying for what you get and all the headaches that go along with it. Think I am kidding, go talk to people that use a public defender to represent them in a court of law and you will begin to see what a professional you are paying can do for you. One of my favorite things to tell a potential client is that you think it’s expensive to hire a pro then go ahead and hire an amateur and see just how costly it gets.

So now that I have that shit out of the way I am going to tell you why there is a huge fucking difference between Professional Violence and Self-defense or Amateur night fighting. When I was a kid I read one of my dad’s westerns and one scene has stuck with me throughout my entire life. A punk kid is drinking in a bar when an old timer walks in for a drink. He is one of the old mountain men and the kind of man that other hard men walk clear of. The kid is trying to make a name for himself and despite the warnings of some of the hard cases drinking with him he begins to prod and push the old man. Calling him names and making fun of the way he is dressed. The old man ignores him and the kid gets madder and madder, till he calls the old man something that he can’t take back.  He braces himself and tells the old man to draw at which the mountain man shoots him in the chest with a big .50 Hawkins he’s been holding in his hand while drinking.  This one scene has stuck with me for my entire life. When it’s time for violence then it’s time to do it right

I watch these videos on the computer and laugh my ass off not only at the time some of these guys take to finish a fight but the amount that people comment on the fight and say things that show just how ignorant they are of real world violence, one of my favorites is the keyboard warrior that goes off on a rant about how if the cops were so fucking tough then why did it take 4 or 5 of them. Listen up dickhead the cops are pros and use the amount of force necessary to get the job done, and that is the difference between amateurs and professional level violence. Cops, the Military, bouncers, hired thugs whatever the need there is a professional to fit it.

I was trying to explain to another contributor to the magazine just what pro level violence was and I used this purely fictional explanation.

My crew and I were hired to collect a large amount of money for a local sports enthusiast that had wagered on the outcome of certain events. One of the other parties in the wager had decided not to pay what he owed for his lack of foresight into the outcome of the event. I gathered up the gang and we made our way over to a local drinking establishment to explain why his course of actions were purely unacceptable for our employer.

Three of my cohorts and myself went to where the gentleman was enjoying a nice frothy beverage and sat down with him, me in the front and my friends to either side of him. I asked him if he knew why we were there. He said yes, and I explained to him the course of action we were going to be forced to take if the money he owed was not paid. He agreed that he had made a very poor choice and that if I would be so kind as to take a message to my employer that he would be paid in full the very next day. I told him that it would just thrill me plum to death to do so but I needed to be paid for my services with gas prices being so high that I needed a little something to make it worth my time to do so. I admired his watch and he had almost $200.00 cash on him. So I took both as payment for delivering his message and asked him to please be prompt in his payment of my employer. Then I asked him if he ever got that big old tree stump out of his front yard. He said no he had not and then after a few seconds asked me how I knew where he lived. I just smiled at him and the four of us walked away I told him I expected payment in full after the bank opened in the morning or that stump would be the least of his worries.

This is an example of what I like to call Verbal Violence, simple explanation backed by sufficient threat of what will occur if the demands of the situation are not met. The key to this type of violence is to make sure you are able to back up the threat in a way that insures the problem will not happen again.

Now let’s take this to the next level or what is called disciplinary violence. Rory Miller terms it an educational beat down and for most folks that is as good a term as any.  So the guy doesn’t come across with his end of our arrangement, and me being a man of my word, I go to take care of business. I gather up the crew and we begin hunting the gentleman, because we don’t get paid till the employer gets paid. We go stake out his work, home and hangouts and as soon as one of us spots him we converge. Now don’t get me wrong, I would have much rather he had paid his bill and never to have seen him again. It doesn’t take long and he shows up at one of the bars that he frequents. We go over and one of the guys goes in to scout out the situation. He is alone and the scout waits till he goes to the restroom to signal us. We go in and make a B line for the restroom. One of the crew stops at the restroom door to prevent interference and the other five go in. We surround him and with no fanfare two of the guys begin beating him.

The correct application of violence is to use enough force to achieve the goal without going over the limit. After just a few seconds “Mr. Idonthavetopay” begins crying and explaining that he had the money and would take it to my employer right away. I tell him that he should give me the money and I would take it to my employer. He complained that I would just steal the money and that’s when I hit him in the mouth. I then explained to him that we are professionals and that kind of thing was a sure way to end us getting another job.  We took the money to our employer and got our pay. This type of thing is good for business. No he wouldn’t call the police because even if all of us were arrested he knew that at some point in time on of our brothers would be waiting for him and he didn’t want to pay the bill for that on. This is one of the truths about the majority of people that live on the outskirts of society. They are subject to a different style of taxation for doing business and subject to punishments that don’t involve prison.

Now we are going to look at the third type of Professional Violence, the hard job. Say a crew moves in and begins selling illegal products in an area that has in the past been controlled by someone that we do business with on a regular bases. He or she might call us and ask for assistance in remedying this situation and after negotiation over price we would go to work.  Intelligence gathering, recon, watching members of the new business venture. Form a plan and then implement it. Begin taking out members of the other crew if feasible and if not target the leadership. Cost them money, rob their members, interfer with their money train. Don’t give them a break. Use the police as a secondary strike team by giving them as much information as needed to break up the new business. Do whatever it takes to accomplish the job. If it comes down to it take out the leadership through active intervention.

This could go many different ways but I will only focus on one of them right now. We as a full crew would find and where the leader like to hang out, and most of the time this type of person wants to be seen and known as a player in the game. That’s one of the big differences between small time hoodrats and the really big dangerous players. Big players stay in the shadows and control things for behind many layers of protection. Getting to those types of individuals is far beyond a small crews reach and better left alone. Know your limitations and operate within your parameters. Overreaching can and will get you killed.

After watching and being patient Mr. X’s habits become known. Where he like to go, his preference in women, cars, drugs, everything is valuable as a possible edge. There are two ways to handle this situation. One is Hard Work the other is an Easy Job.  I am going to concentrate on the Hard Work to show you how Professional Violence works. Mr. X leaves the bar that he like to show off in. He may have an escort or he may not. For this scenario we will say that he is overconfident and not afraid of possible threats against him. We as a crew will be waiting outside. As soon as we can, we will surround him, hit him with pepper spray then tazer him. When he is down, out come the hammers and Mr. X’s legs and hands get broken in many different places.

I would then explain to him that his choice of business location need to change or the next time he will not even hear what hits him. Overwhelming force applied correctly can and will often stop the need for things to escalate any farther. If Mr. X does not listen to reason the next step is called easy work and I won’t talk about it.  I hope that this short article helps you understand the difference between how Violence Professionals view the use of force versus how two guys getting into an argument and fighting in a parking lot. Or how self-defense situations are completely different than getting on the wrong side of hard people.