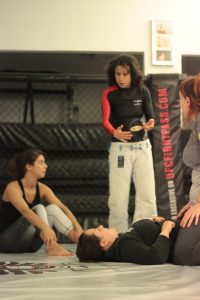 The more I talk about my personal relationships and my experiences the more I realise that harassment, abuse and violence towards women is lamentably more common than I thought!

Speaking from my own experience, physical pain has not been the most difficult thing to get over but reclaiming my own identity. At the age of  14 I used to help out at my friend’s pet shop. The shop was located less than a minute from my parent’s flat so on my spare time I used to visit the shop and hang around with my friend’s parents who run the shop. At the time I truly enjoyed coming in and helping out with the chores. Hours went by watching snakes devore little rodents, cleaning, assisting with customer queries and learning about how to keep little creatures. All creatures fascinated me but reptiles were my obsession.

My friend’s mum was a very gentle, caring and meticulous woman whom I enjoyed being around, learning from and helping when she needed it. My friend’s dad on the contrary spoke to his wife and daughters in a very degrading manner. Unlike his wife, my friend and her siblings had other commitments hence didn’t help around the shop regularly. I had a suspicion that they tolerated his behaviour because they were afraid of him but I was in no position to get involved. My friend’s dad was always nice to me, he was charming, always joked about things and explained the chores with a smile on his face.

They owned a cottage house in the suburbs of my hometown and my friend’s dad suggested to go with him to check out a litter of puppies they were keeping at the cottage.

Naive of me I decided it was ‘safe’ to get in the car with him even though deep down I never really liked the way he treated his wife and his daughters. He drove me to the cottage with his mini van and once we got there he showed me the puppies and around the dwelling.

The way he behaved and talked made me feel very uncomfortable and my ‘gut feeling’ was telling me something was not right. When he offered to get inside the house I politely refused by explaining I was fine hanging around the outside terrace. I sat down at the entrance of the dwelling and I vividly remember his presence standing behind me. With a smile on his face he went on and on requesting I should come inside the house with him, he wanted to ‘show me around’ I kept refusing because my intuition was telling me not to!

What it may have been five minutes (I don’t recall how long) appeared to be hours of back and forth persuasion, propositioning and bragging that I was ‘going to like it’. I can vividly recall how I ‘froze’ not knowing what to do and how he was giggling and propositioning whilst standing behind me.

Luckily his eldest daughter turned up at the cottage, she drove to the dwelling to collect something she had forgotten!

I never shared what happened with anyone because of fear they may not believe me and I may consequently ruin the relationship they had with the man. I never knew how my dad would have reacted to the incident if he had found out!

Unlike many women out there, my case didn’t end up in disaster but three years later I met a man who became my partner and despite enduring a toxic, violent and degrading relationship, I decided to have a child with him. The relationship lasted 10 years and due to the fact that we have a child I still have to deal with the tactics he uses to get what he wants. The characteristics of my friend’s dad and my former partner were very similar, they both appeared charming, sociable and caring to the rest but were manipulative, authoritative and controlling individuals when it came to their partner!

Years later I learned that the ‘gut feeling’ I felt the day I went to the cottage was my intuition communicating and protecting me! I honestly believe that if we could just learn how to listen to our intuition and act upon it many incidences could be prevented.

Talking about how you feel, listening and not ignoring your gut feeling might prevent lots of incidences from happening. Sometimes talking to a professional is better than talking to someone you know and the reason why I believe this to be the case is because sometimes the person you trust might be the person who is trying to manipulate you hence sharing how you feel can even make you more vulnerable!

Living in silence doesn’t sort out the problem and makes it difficult to get support and help.

You are not alone so never forget that!

Of course no one wants to go through such demeaning events and the best remedy is preventing these from happening however, we have to acknowledge we are not always in control of what happens to us. Talking about things can help create awareness, can make the person feel better and communicating can encourage others to feel they are not alone. The most important thing is to get the support you need in order to overcome and deal with such situations.