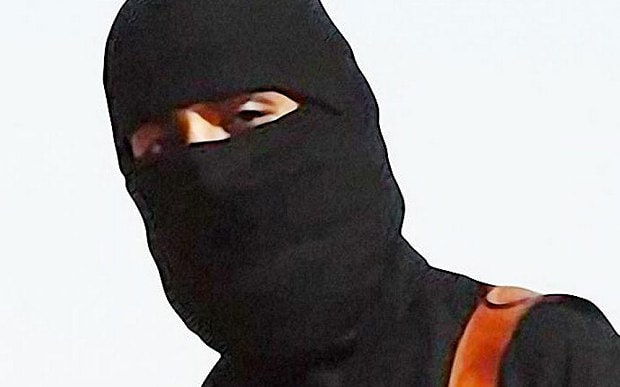 “You can map out a fight plan or a life plan, but when the action starts, it may not go the way you’ve planned, and you’re down to your reflexes-that means your [preparation]. That’s where your roadwork shows. If you’ve cheated on that in the dark of the morning, well, you’re going to find that out now, under the bright lights.”-Joe Frazier

The great champion Joe Frazier is referring both to boxing and life in general, and his lesson is mighty powerful. Perhaps more powerful than he ever realized. I’m going to drive home just how powerful his advice is with an example from some horrifically evil people, but first, let’s take a sojourn through some Paleolithic anthropology and then a 16th-century observation on warfare before we bring it back to the 21-st century.

You are the weakest human being that has ever walked the planet since this species inception.

Don’t take that personally, I’m weak, too, and so is your neighbor, and your CrossFit coach down the road. The 21st century human is a pale copy of better versions of ourselves that colonized this planet up till about 10,000 years ago.

This weak estimation I have just rendered is not me talking-that’s the science.

“There is some evidence that the size of the average Sapiens brain has actually decreased since the age of foraging. Survival in that era required superb mental abilities from everyone. When agriculture and industry came along people could increasingly rely on the skills of others for survival, and new ‘niches for imbeciles’ were opened up. You could survive and pass your unremarkable genes to the next generation by working as a water carrier or an assembly-line worker.

“Foragers mastered not only the surrounding world of animals, plants and objects, but also the internal world of their own bodies and senses. They listened to the slightest movement in the grass to learn whether a snake might be lurking there. They carefully observed the foliage of trees in order to discover fruits, beehives and bird nests. They moved with a minimum of effort and noise, and knew how to sit, walk and run in the most agile and efficient manner. Varied and constant use of their bodies made them as fit as marathon runners. They had the physical dexterity that people today are unable to achieve even after years of practicing yoga or t’ai chi.”-Yuval Noah Harari Sapien: A Brief History of Humankind.

A little depressing, huh? Before we get too down on our weaker and dumber selves let’s not forget that we win when it comes to technological luxuries. But then again…

“Don’t talk about ‘progress’ in terms of longevity, safety, or comfort before comparing zoo animals to those in the wilderness.”-Nassim Nicholas Taleb

Your call if you dig the idea of being a domesticated animal.

The next stop on our journey, the16th-century Frenchman Michel Montaigne. Rather than quote from the lengthy section I have excised this idea, I will paraphrase in prose far less elegant than his.

Montaigne, while musing on warfare of the past up to his present-day remarks that each succeeding general or army would fare well or better than preceding champions.

Nice, huh? Puts we gradually weaker humans back in the driver’s seat.

Montaigne points out that these successive victories would only be possible because each succeeding army enjoys greater technology (i.e., better forged steel for Caesar vs. Alexander, early firearms for the French dragoons vs. Caesar). He then goes on to say that if we level the playing field by making each fighting force compete mano y mano, or with the preceding generations technology then the victory goes hands down to the earlier version of ourselves. Montaigne makes this assertion by observing that each generation of man seems to do less and less, and to be capable of less and less. Keep in mind he was making this observation in the 1500’s-I wonder what he would conclude after observing today’s texters, and tweeters, and gamers.

And now back to the 21st-century. I will quote from an exercise video available online. I will not provide a source for the video, I will not offer the name of the “instructor” as, well, because the video producers and instructors are scum.

The video is an outreach for potential ISIS converts on how to stay fit for battle.

I quote from the video: “This video is dedicated to the mujahedeen in Syria, and to others who plan on coming here.”

Our quite fit “instructor” then offers tips on how to get fit and stay fit for battle with no gym equipment. And, I will say, having been in this business for some time, his advice, unfortunately, is quite sound.

This video reminds us of the fact that the scum who perpetrated the atrocities in the offices of Charlie Hebdo and what followed, also met regularly for fitness sessions.

Which brings me to the point of this journey, what are we doing right now to be

Are we content to assume that our “protectors” somewhere out there in Washington, or wherever are the only preparation we need to make?

If we make this assumption how do we resolve this with the fact that most such attacks are not battlefield attacks, they are civilized world attacks-this puts us into Montaigne’s example where we have to ask ourselves how would we do against an enemy when we lack our technology which we use to bolster our weakness?

Would we be ready if we had to be ready?

Are we preparing to any degree whatsoever as Joe Frazier suggests versus a foe that takes such advice to heart?

We either makes ourselves weak, or we make ourselves strong. The amount of time dedicated to either is the same.

What are you going to do while some villain out there is doing what needs to be done?