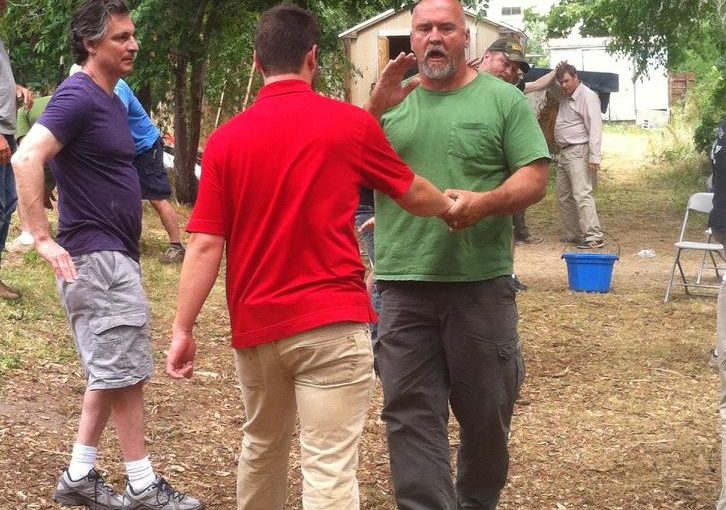 Now what’s the first thing that you think of when I say the word Police? Chances are that you associated the word nurse with a woman. Mechanic with a man and police with a white man. Reason I said this was because I asked twenty different people what they thought of when I asked them the same question and twenty out of the twenty five said exactly the same thing. Woman, Man, White Man, now we know through experience that this is not true, and that these positions are filled with people of all color and all races. But our perception through our experiences have set certain ideas into our heads. Our perspective or attitude towards something and it is our perspective that can influence our thinking and if we apply that affected thinking to our lives we can see where it for either good or bad can influence every aspect of our existence.

The concept or idea that I would like to introduce for lack of a better word and as I said it isn’t new but maybe needs to be re-introduced is really a simple one. Change your perspective to change your thinking and then change your training. When I was a kid I thought because of movies that anyone who studied martial arts was automatically a bad ass. I mean I saw all the guys on T.V. and ate the theater do beat the asses off of anyone that they went up against. Then when I was a little older I did get my ass beat severely by an older guy that had studied martial arts and that helped set my perspective even deeper into my thinking.

Jump forward a couple of years I had a few fights under my belt, had been beat a few times and had begun to think about things differently. I started working in bars and learned from other bouncers and old tusk hogs the how’s and why’s of violence. I learned that I could take a few more hits than I thought I could and that I would heal up. I learned that a serious martial artist was a not a necessarily a thing to fear. Respect yes, but that they were just humans too and could be dealt with. What brought this change of thought was the change of perspective by experience. I learned that I could deal with situations and manage conflict because I had dealt with it before.

Now let us apply this to your training. If you are a sport martial artist and really only train for competition on the mat or in the dojo and you have a perspective of this will work in all situations then you have a perspective that is wrong. And before anyone gets but hurt I am not saying that what you learn in a dojo is wrong but that applying it in situation that you have never trained for is. Go out and try a spinning back kick on asphalt in dress shoes with gravel on it and then think about applying that while you are in a stress filled situation with a hundred extra variables that you have never trained for. You will begin to gain an understanding of what I am talking about. You can apply this to every aspect of your training, conflict management or even your life.

Several years ago I was preparing to go and compete in an America’s Strongest Man competition. My whole life was centered on this competition. I had been seriously training to achieve this one goal for over five years. I then had my first heart attack. Life changing moment right there folks.

I had to completely change every aspect of my life, the heavy weights were no longer an option at this time. A combination of sleep apnea, heavy lifting and a stress filled life had taken its toll on my body. I had to change my perspective on training and change my thinking about everything if I wanted to continue to go to the gym. I had to change if I wanted to just keep living. That was a huge undertaking. It paid off in the end but I still miss it. I could have kept training the same way, eating the same and living the lifestyle but I would have probably been dead in two years. I let my perspective change and then my thinking changed then my training changed.

Now take this to your training, do you practice escape and evasion, lock picking and improvised weapons. If you practice with firearms do you practice off hand shooting, from various positions and then for fun try one handed reloads. Then throw in a little adrenal reaction training, do 20 burpees and then try and fire center mass at a moving target. Does your training involve mock police questioning, mock legal proceedings or discussing local and state laws on the use of force and claims of self-defense.

Everything you add to you repertoire is one more tool that you have one hand when and if the time comes. Now I know some of you are reading this and thinking I already do these things. Ok my answer to you is where is your perspective wrong and how can you change it. Because every day I find something in my life and relationships that is in some form or fashion wrong. If you believe that you are the only one that is correct in an argument with another person then your perspective is wrong. By backing off and looking at all side of the conflict you can and will find how perspectives can change from person to person. Then you can move forward with a solution to solve whatever problem you are facing.