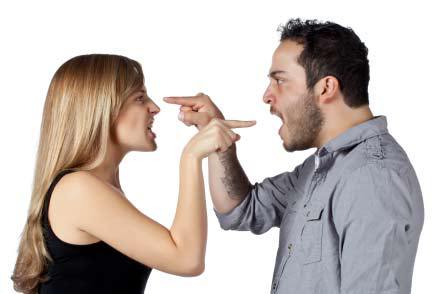 Wow, after three separate intense conversations a couple days ago, where it was soul draining, and at times intelligence straining, I took yesterday off. Spent the day with Jae, and also spent the time contemplating all that went down, and how disappointing the engagements were. Bad enough that for a little while, the best looking option was to say fuck it, and just ignore that kind of stuff from now on.Three totally separate and different topics, yet there was a common theme in the responses I was dealing with, and that really intrigued me. So much so that it inspired this post.

The first response is large assumptions not based in really wanting to understand the other position. I have noticed in these debates I’ve been engaged in for the last few months, at least half of the people involved don’t want to discuss, debate, or even try to address a problem. They simply want to be heard. Not even listened to, they just want to be heard, content doesn’t seem to matter. Due to this, all of their responses, insults, or questions are based off of assumptions made from a very narrow understanding of the topic at hand, or of the other participants. What is worse, when this is pointed out, the next response is to attack you for pointing that out.

The second thing thrown out is a demand for purity of thought, as long as it is their thoughts. No acknowledgement of differing world views, different possible meanings or understandings, or even different definitions of words. Nope, you must believe exactly as them, or you are the same as the enemy. This also leads to thinking that they are the smartest person in the room. Considering the circles I run in, that in and of itself is laughable, but yet, it always seems to happen. Something these kinds of people need to realize.

Sometimes the best you are going to get is someone that cares enough to listen, and try to fix things, even if they don’t believe the same as you, or even if they think you are wrong. Not everyone in the world even sees there is an issue, much less give a shit enough to attempt to address it with differing tribes of thought. But, keep on insulting those people, that is sure to make them want to keep working on it with you.

The thing that bothers me the most is substitution of emotion for intellect. Once this occurs, any rational problem solving, or even ability to learn goes out the window. I don’t care how much you care about an issue, the minute it becomes an overly emotional thing to you, the ability to actually solve the issue goes away.

The absolute worse part of this is the dismissal of people, ideas, and alternatives, if it doesn’t involve slavish submission to one group. This is insidious, and in my opinion, the poison that keeps these problems going.
Remember, in any discussion, there is responsibility. To the communicator to state his case the best he can, and to the listener, to honestly listen, extend the benefit of the doubt, and to seek clarification in the case of misunderstanding. That is not possible when the above factors are in effect.

One thought on “ASSUME, making an ASS out of U and ME – Terry Trahan”