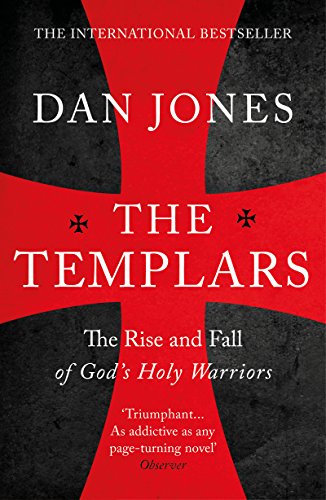 You may wonder why I chose to review this book for Conflict Manager magazine, probably not if you have read my article in this edition. First let me tell you how I got this book.

We have all our kids, partners and grandchildren round for the day a week or so before Christmas and have a big party. We have a Secret Santa and this book was my gift from Santa this year (technically last now).1

I took it on holiday with me and read it in sunny La Palma in the Canary Isles. It turned out to be a gripping read, a real page turner. The Knights Templers were formed in 1119 to protect Christian pilgrims to the Holy Land, they took oaths of chastity, obedience and poverty, they saw themselves as God’s holy warriors.

This book expertly charts the rise to a position of tremendous power, influence and wealth of the order to its demise a little over 200 years after they were founded. The book uses a multitude of evidence from original and secondary sources both Christian and Muslim to chart the vast conflicts and power struggles of the time in Europe, north Africa and the middle east with Jerusalem at the heart of it all.

The scale and level of brutality is epic, conflict of incredible scale is beautifully described as are the levels of butchery, betrayal and valour. I have read other material on the Templars and can say with confidence this is the very best I have read.

Anyone interested in the clash of civilisations between fundamental Islam and the west needs to read this to get a well researched historical context. There are a long list of themes that this book touches on, religion is the obvious one, politics the next but if you think identity politics is new, you might find this tells you otherwise.

So a big thank you to Secret Santa.

1 For those who do not know Secret Santa works as each person buys for one of the others, in our case up to £25, a gift but the receiver does not know who bought theirs.