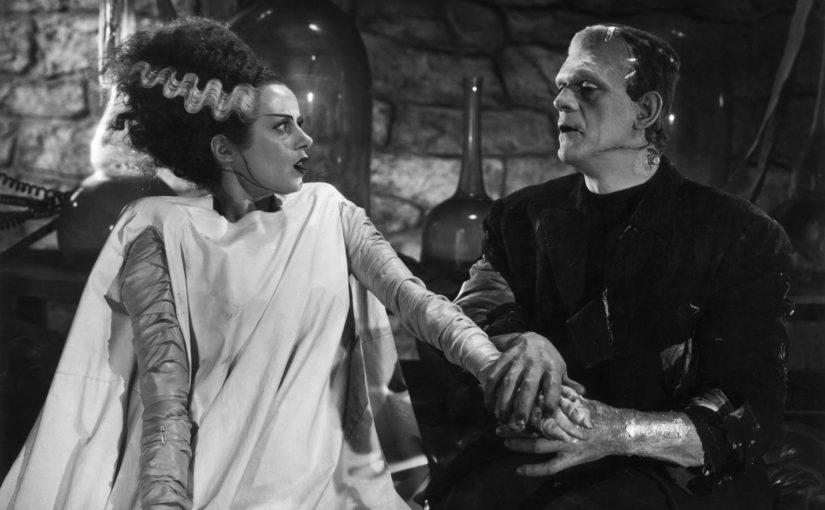 Anyone who grew up in the 60’s and 70’s will remember those old black and white Hammer Horror films, Dracula, Frankenstein and their spin offs, bride of, son of. Well this article is a spin off in that ilk, In my last article ‘Not my circus, not my monkeys’, I reassessed my opinion on the McDojo, this is not a part 2 but an exploration of something writing that article made me think about. Let me explain.

As I was writing I received an email from my friend and fellow instructor Bill Barrott containing a link to a Youtube video, the message read “Watch this video. It’s what I always do to anyone who even looks at me funny. This is the real deal!” Take a look.

OK so Bill was joking, we are used to his regular emails sharing all sorts of martial arts goodies and baddies. So I decided to take a look, the title screen drew a sardonic smile, ‘Kinje-Te, the forbidden fist of the ninja’. Here we go again. Sure enough it is Grandmaster Ashida Kim, and yes I have seen this before circulating on social media, usually being mocked in the same way we have all laughed at the no touch knockout merchants and the jedi jitsu brigade. I hit the pause button quickly.

Chuckling I replied to all, “I got 3 seconds in there, because I have seen it before. This has to be a spoof, IF this is for real may their poor dead souls rest in peace.” I thought I had the source of the inspirational Master Ken from whom we have all learned so much, but Bill assured me it was no spoof and sent me a link to a pdf book by said Grand-master Ashida Kim. Here it is, help yourself..

I gave it a go, I got about 3 paragraphs into the first chapter before deciding I had better things to do. The cover picture and ‘Hands of Death’ were off putting but for me the opening paragraph echoed the Youtube clip.

Entitled KATA DAN’TE – Dance of the Deadly Hands, the book opens with, “Ninjitsu has been called the most savage and terrifying martial art known to man. The Ninja, practitioners of this unholy science, are, without doubt, the most effective and ruthless fighters the world has ever known. Much of this reputation is based on their skill in battle and espionage.”

Now I am going to be clear here, this is not lets slag off Ashida Kim time, but ripping off ears and testicles, tearing off faces etc with our bare hands is all a bit far fetched for me. The thing is if you put yourself out there in film and print you invite comments both positive and negative, mine are merely my opinion on how I perceive things. I like martial arts in general, I like the diversity, some stuff looks great other stuff less so. I hear claims like deadliest art known to man, savage and terrifying techniques and begin to switch off. Likewise when I hear Steve the plumber from Oldham, fictitious by the way, referring to himself as a warrior because he trains Shotokan twice a week, I switch off there too.

For the record, I am a 4th dan in Ju Jitsu, no stranger to getting into fights in the past either, I am not, never have been and never will be a warrior, I will never be a master or a grandmaster either (1). We now live in a world where biological gender and identity are becoming confused in ways none of us could have imagined even a few years back, where a white women was running a black rights group because she relates to being black so she ‘self defines’ as black, some identify as transpecies and these do not have to be real species either, they can be alien species or mythological species, You think I am kidding?

“Riviera identifies as a dragon. He decided this 15 years ago after having what he describes as prophetic dreams of a past life. As an “otherkin,” he is one of the hundreds of Australians who identify as another species—whether from Earth or myth.”https://www.vice.com/en_uk/article/what-does-it-mean-to-be-trans-species

And if  that  is not enough what about those who define themselves as transable? Becoming disabled by choice, not chance: ‘Transabled’ people feel like impostors in their fully working bodies, like this guy.

“When he cut off his right arm with a “very sharp power tool,” a man who now calls himself One Hand Jason let everyone believe it was an accident.

But he had for months tried different means of cutting and crushing the limb that never quite felt like his own, training himself on first aid so he wouldn’t bleed to death, even practicing on animal parts sourced from a butcher.

“My goal was to get the job done with no hope of reconstruction or re-attachment, and I wanted some method that I could actually bring myself to do,” http://news.nationalpost.com/news/canada/becoming-disabled-by-choice-not-chance-transabled-people-feel-like-impostors-in-their-fully-working-bodies

I could go on, and on, I personally feel that I am a rich person born into a poor person’s body.

I have written before in Conflict Manager about identity and the presentation of self. It is very simple to label those who present differently to the world as oddballs, loonies even, and that way we make a clear distinction between them and us. Personally I think there are many in today’s society that are very troubled, confused, ill, attention seeking even.

The phenomena of trans whatever’s has probably been with us for a very long time. What has changed is access to audiences is now in the hands of anyone with a phone. But back to my world of martial arts and self defence. Like the McDojo the ninja, the warrior, the jedi jitsu have a right to exist, indeed I can argue that the world is a better place for them and not a worse one.

They are only problematic when they use their kung fooey powers to exploit the gullible and vulnerable. Just like the McDojo. Everyone has their right to an opinion, everyone has the right to be a ninja if they wish, to stride around like a warrior, when not plumbing of course Steve.

As children we learn by experimenting with other roles through play, being mummy and daddy, a racing car driver, a soldier or a nurse, anyone remember playing doctors and nurses?

Why do we have to stop playing as adults if it gives us pleasure? Think about that for a moment, are we all not playing nicely when we step into the dojo?

The more disturbing question is when imagination morphs into mental illness. For me, this is just my opinion backed by science, there are two genders. Gender confusion is a mental condition not genetic as are many of the other confusions noted above including our Ninja friends. You are not alien you are screwed up, if you want to disfigure yourself then so are you, I will stop there. Gender identity politics, whatever is fueling this nonsense is stupid and if we play stupid games we win stupid prizes, well you play, I opt out. But hey ho live and let live, you have the right to be who or what you want to be, and I reserve the right to my opinion that you are a loon.

So if you believe you are a Ninja, a warrior, an ‘otherling’ or even the Bride of Frankenstein remember it is all in your imagination. I am pretty sure nobody reading this in Conflict Manager Magazine is one of the above but we work in an industry within a society where the frequency of imaginary identities appears to be growing so should not be surprised that these imagineers are within the industry itself.

These are my opinions, my thoughts, please tell me yours. Oh one last one, what about the guy who is now the new Hitler, yep, you got that, take a look.

A couple of these changes were important for me and it was great the others agreed. We got rid of the use of the title Sensei, students call us by our first names now. We stopped standing in ranks, we bow on and off in a circle now with everyone facing everyone. We just do a standing bow now, no kneeling and prostrating ourselves.

Respect is gained by behaving properly and acting correctly.