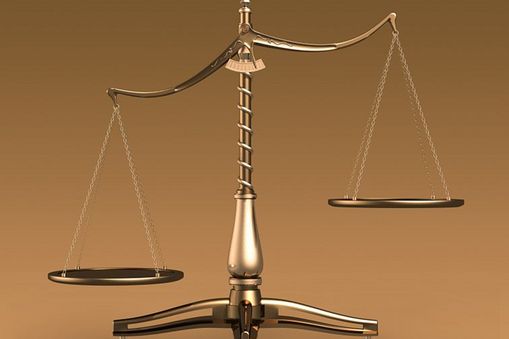 This is a continuing series on the many aspects of Conflict Management Literacy.

Let’s start with the problem of crime. Most people (non-criminals) would agree that crime is undesirable. So is anything that decreases crime desirable? Well, actually not. If we eliminate the human population, we have also wipe out crime. Almost all people would find this to be an undesirable solution. The cost is too high. What we want to do is reduce the rate of crime where the crime rate is the number of incidents per unit of population. But we also want to reduce the crime rate in a manner that doesn’t greatly affect our everyday lives. We want a solution that has a low cost to implement, yet provides the benefit of a lower crime rate.

All solutions to existing problems have some sort of cost (risk) vs. benefit (reward) analysis associated with them. If the solution has no associated cost, then it would just get done, and the problem would be eliminated. For example, as a society, we don’t have a significant problem with people punching themselves in the face on a regular basis. This is because the solution is free – just don’t do it. It cost you nothing to not punch yourself and you reap the benefits. The no cost solution translates into no problem.

On the other hand, society does have a problem with people punching other people in the face. The solution to this problem has an associated cost. The higher the cost to solve, the greater and longer term the societal problem. For example, in order to deter people from punching other people, society enforces a cost on the Punchers (fines, prison terms, etc.). This cost is intended to change the cost vs. benefit analysis of the Punchers.

The Punchers are punching as a solution to their particular perceived problem (rational or irrational, strategic or Monkey Brain driven, punching is still intended as a solution to something). Punchers are trying to solve their problems by punching. Thus, punching provides a Benefit at an associated Cost. Raise the Cost and the Benefit may no longer be worth the Cost. The purpose of deterrence is to raise the cost so that the benefit becomes less desirable or not worth the cost.

Society may raise the cost of punching by increasing the penalties given to Punchers. But enforcing these penalties has an associated cost to society. Besides the legal and incarceration costs, putting the household breadwinner in jail creates dependent families, single parent households, etc. If these costs are deemed to be too high, the proposed solution doesn’t get implemented. It is cheaper to deal with the cost of people being punched, than it is to try to eliminate the problem (reap the benefit).

Now take a look at any number of societal problems that don’t seem to get solved over time – sexual assault, police brutality, inner-city violence, domestic violence, mass shootings, racism, sexism, etc. Eliminating or reducing each of the problems would provide a benefit to society. But that result would come at a cost to society. When problems don’t get solved, society (or those that control society) has deemed (rightly or wrongly) that the cost of solving the problem is not worth the benefit. Changing the cost vs. benefit analysis, changes which problems get solved and/or which get priority to be solved.

(Factors)(Source) = Problem    (This is made up equation for illustration purposes only!)

When two entities are correlated it means that they follow the same pattern. Graphically, this pattern could be Crime Rate vs. Time. For example, in the past twenty years in the US, the Crime Rate has decreased as represented by a downward sloping line (where y-axis is the Crime Rate and the x-axis is Time).

People who don’t understand correlation will look at graphs of correlating events/incidents/rates/etc. and assume causation between them. The mistaken assumption is that because the graphs look similar there must be a cause and effect relationship. When in fact, there might be one and there might NOT be one. Correlation graphs do not give enough information to make that determination.

Now ask yourself, how many people, politicians, Pro-gun activists, Anti-gun activists, Hard on Crime, Pro-Prison Reform, etc. have claimed that since their Thing/Anti-Thing is correlated or inversely-correlated with the lower crime rate that their Thing/Anti-Thing is actually the cause of the lower crime rate? My answer is – A LOT. They offer correlation as proof when they actually need to prove causation.

Going back to the above equation, the Source becomes the Thing

in the real world ,it looks like (Well, kind of sort of, let’s not quibble on details)

Where the F’s are the Factors involved and there are N number of Factors. In order to prove causation, ALL the Factors must be accounted for. You can NOT assume that the other Factors remain constant and that only the Thing changes to affect the Problem.

To summarize, those that claim that because Some Thing correlates or inversely-correlates with Some Other Thing, that it causes or reduces Some Other Thing, and those that don’t take into account the Cost vs. Benefit Analysis in problem solving are effectively illiterate in these aspects of conflict management.

Next time, the Inverted U-Curve and effect of False Positives on Risk Assessments.