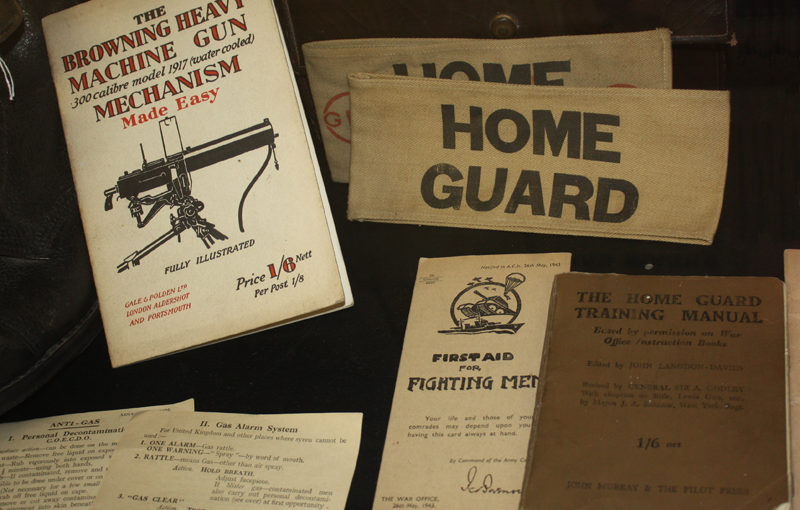 There has been a cycle throughout history of looking to the current war, and the veterans of it for martial arts and self defense. It is with good reason, as they are the ones being trained in the ‘newest, greatest’ training. In some cases, they introduced the world of martial arts to the greater public. The veterans of WWII, Korea, and VietNam all brought over arts we hadn’t heard of. Some arts were created during a war, like Krav Maga coming out of the Israeli Independance fight. Today, the explosion has been in firearms and tactical schools by veterans of the GWOT. But are these the people we should be looking to for our everyday training? That depends.

In matters of self defense, everything is relative and personal, and a lot of the lessons from war do not apply to all of us. I don’t have the need for breaching a door, clearing a room, or patrolling a street.

To me, a more appropriate place to look for applicable lessons is in the more covert arena, intelligence operatives, undercover police officers, and guerilla fighters. Their day to day existence is more akin to what I see as a problem I will have to face. For me, a great example is the partisans and the OSS from WWII.

Face it, guerilla warfare is closer to self defense than modern warfighting. You are either alone, or with very few people, little or no support, more concerned with the aftermath of any physical encounter, not in a uniform with visible gear, the list of similarities between modern self defense and covert personnel are much more parallel. Similarly, the weapons, equipment and gear invented or adapted to operatives are much more in line with our requirements. It is not likely that you are going to be out in public with grenades, a service rifle, etc. It is more likely that you would equip yourself with small blades, handheld impact weapons, escape tools, personal first aid kits, personal lights, rather than packs and LBE festooned with weapons and gear. All of these were things brought to life by the intelligence services in WWI & II and distributed to the OSS, SOE, and partisans in Europe.

Likewise, the empty hand aspects of their training match more closely to our needs. No matter the origin, all of the H2H training for them were streamlined, efficient, relied on gross body mechanics, easily retained, used forward drive and aggression, and kept in mind that you might not be facing just one opponent.

The firearms training given these agents was also more in line with civilian shooting than military engagement. Personal firearms such as the pistol or revolver, single target engagement or small numbers of necessary targets, ability to draw from concealment and use of regularly available cover and concealment.

Other ways this type of training was more applicable to us is in the use of everyday things versus military equipment, the wearing of everyday clothes, the necessity of performing everyday tasks, while being aware, and being able to melt into the crowd and make an escape.

Even if we look at other elements of training, particularly from WWII, we can find a great many beneficial things. Look into the Home Guard manuals from Great Britain during this timeframe. It taught civilians how to use everyday household items to defend against invasion, how to organize your family and neighborhood for imposed disaster or occupation, all things that are much more doable than trying to operate as a small unit or company.

Other resources are learning from people in jobs that are more closely aligned with the realistic conditions we will face in a real life altercation or assault. One of the reasons I like Rory Millers curriculum is because he developed it in an environment that was bound by legalities, use of force law, a Non-Permissive Environment for weapons, and the probability of having to face multiple opponents. Biker gangs and other criminal elements also have much to offer us in a more realistic look at threats we face and effective ways of dealing with them. Ed Calderon made a long term study of the criminal subcultures in his country, and brought them forward to teach people both how to survive and escape them, but also how to apply them to your own safety.

The base of the arts I teach are commonly called village arts. The reason for this is that they were created to train the people in the village to be able to defend themselves with what was at hand, in a minimum amount of training time, and be able to get back on with life. I like this as a model, and it tracks nicely with the ethos of the combatives based material I integrate that has its origin in the European Theatre in the 1940’s.

I am not saying that we cannot learn lessons from the military, or that they have nothing to offer. I am simply giving my outlook, and encouraging you to look outside of the normal paradigm in order to increase your ability to survive should that time come.