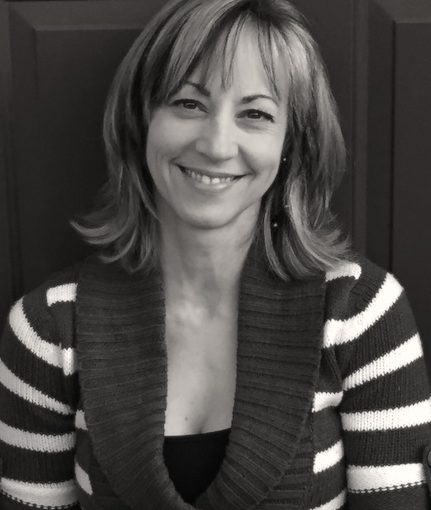 One quick way to frustrate a female student is to shut this down. In the beginning, telling her this discovery and curiosity is wrong, may work. It will work out of her respect for the instructor’s knowledge and skillset. It will work in strong ‘Sensei Cultures’ where no one questions the Sensei. It will work if she has intuited that to be accepted in a male-dominated class she needs to act like a guy – it will work because she is socially programmed to behave appropriately. Squashing her brain’s need and ability to run through all the train lines, into all the stops and tie together the similarities while filtering out the differences works because she is being outwardly compliant and wants the approval she will get by not being “the girl” in the class.

But give her time. As she gains confidence, skill and comfort in the male-dominated culture that interconnected superhighway in her brain is going to win out. And it should. This is one of her superpowers but if the instructor is not ready for it, he (or she – female instructors often take on the modeled male approach to teaching) will shut it down.

Here is an example. An instructor-level student is training with a cohort of instructors under a senior level guy. The skill being drilled and its related problem piqued her curiosity. She was having a hard time getting her body to do what the technique called for so she intentionally did a few repetitions incorrectly. Senior instructor walks by and asks her what she’s doing. Her answer was something like this:

This did not go well. The senior guy snapped at her “just DO the technique!” – the verbal punishment was big enough everyone nearby stopped to see what the commotion was about and her training partner muttered…wow, you pissed him off!

This story is an example of what all that white matter is programmed to do. Her investigation of the training and the technique is anchored in the same neurological design that causes her to investigate those gloves, or ask a myriad of questions, or expect contingencies and exploration of options in a business meeting. This story is also an example of a tangle of social programs, expectations and failure points.

The senior instructor is frustrated by her because she is going off the reservation. She isn’t listening to him. She isn’t working the drill. He may even experience her actions as disrespectful. In traditional training cultures, her behavior is unacceptable. Note here, traditional does not apply solely to the context of ‘traditional martial arts’. Mixed Martial Arts and modern self-defense programs can fit in this box as well. The frustrated instructor may also be a woman. Just because her brain is also genetically programmed to run through the complex channels and plethora of possibilities, she has likely adjusted to the classic martial teaching paradigm and may interpret her student’s behavior through the same filters as her male colleagues.

To bring the wayward student back to task and back in line there will be corrective punishment. The punishment can be overt as in the story above, it can be subtle and back-channeled, it can be demonstrated in continued biting remarks, shaming, or open shunning. This leaves her with a choice. Handicap her strength to avoid punishment and remain connected to her training community, or leave. There is a third option, what about speaking to the instructor? This may work – if he is open to the conversation and if she has the science to back up why she wants to test these training approaches (she’ll need this to be able to articulate)– and the culture of the training program is focused on the successes of the students not the reputation of the instructors. That’s a significant number of caveats and significant socio-psychological inhibitors to a successful outcome.

There is a myriad of teaching methodologies to bring a student, any student studying any-thing, back to a specific task without punishing a student’s natural functional learning modalities. Male and female, how our brains are wired influences how we learn and how we train. In a particularly goal-oriented environment like the dojo, the superhighway of white matter connectivity in the female brain may present as an anathema. What’s really cool though, is this connectivity can be developed further and can be enhanced/increased in any brain1. The instructor who stays curious will default less frequently to classic obedient=good expectations. This instructor will create a permissive training culture and when she wants to find out what happens when she performs the technique incorrectly, he is going to be curious right along with her. It won’t be a threat to this instructor’s ego, authority or leadership. And out of this discovery training model, their partnership may uncover another possibility in response to the problem and more importantly, she learns an invaluable lesson: trust your instincts.