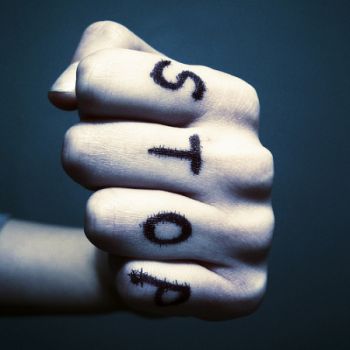 Our family were captured by the Japanese in Shanghai in 1942 so I was born into international conflict and my parents were in conflict with each other.

I was a very violent and disturbed child but when I was nine years old my parents (my father was a diplomat), were posted to Tien Sien (now called Tianjin) and were arrested by the Communists for three years.  For all that time I was in the care of Miss Williams who ran a holiday home and became my mentor.  She took care of some 40 children whose parents were abroad and came from boarding schools across England.

Miss William was a colossus, she was six foot seven and probably weighed around eighteen stone.  She drove ambulances during the war and was a golf champion as well as being a magistrate in the local town.  She ran St. Mary’s, our holiday home, as a benevolent dictator.  My usual violent and disruptive behaviour was met with a calm indifference and a gentle request, would I join the women serving in the kitchen where I would help with peeling to potatoes, or another quiet request that I help them wash up after forty children had eaten.  I very quickly realised that my strategies for survival had to change and gradually I came to trust this woman and to want to please her.

When I was faced by our little community centre changing almost overnight, by a badly bruised woman asking for help, I had no experience at all of how we could be of any use except to take her in. Then as if a tsunami was suddenly loosed overnight a wave of women came to the door bringing their children.  Of the first hundred women coming through the door sixty two were as violent as or more violent than the partners they left. Most of the women volunteering in the little house left unable to deal with the behaviour of some of the women and also because we were breaking the law as we had no permission to house people.  My initial mothers along with myself very quickly created a simulation of a rumbustious family and we cared deeply for and about each other and our children.

Initially social workers often turned up on our doorstep with a mother and children in tow and said loudly ‘I have had enough this is the third time I have tried to rescue this woman and she keeps going back. ‘All that was available in 1971 and very rarely offered was a room in a homeless family hostel.  I knew the terror of knowing that my violent mother  might  be outside my bedroom door bent on revenging some slight she perceived and I watched as the mothers bedded down for the night with their children.  They slept with their backs against the walls and their heads on their knees if there was no room on the mattresses laid on the floor.  For almost all of them they said it was the best sleep they had for years.  They felt safe and secure surrounded by other women.  They washed in the basin in the kitchen and used the outdoor lavatory.  Bathing the children took place in a tin tub on the floor or in the tiny patio if the weather was warm.  We were all busy all day long and the mothers went in pairs to get there welfare benefits, attended appointments with their solicitors and doctors or dentists.

We collected food left over at night from Marks & Spencer and we were given vegetables from the local green grocer and fish from the fishmongers.  Very soon united in our absolute conviction that refuges must be provided for all victims, we fought a running battle with the local council who soon took out warrants for my arrest for overcrowding.  There was no attempt at any time to put out a helping hand to mothers and children many of whom had lived in conflict as I had and need time and a therapeutic approach to help them learn other patterns of survival.

I used the same techniques as Miss William did in her care of the children in her holiday home. I knew from my own experiences that violent family life is lived in emotional and sometimes physical chaos.  I knew very quickly that children born into intergenerational family violence were likely to adopt violence as their strategy to survive.  There were other strategies for survival and one of them was to implode the anger and damage themselves.

From my growing experiences I created what I called therapeutic chaos.  I believed that women and their children coming from violent families brought their internal chaotic life styles with them and what I needed to do (with a rapidly growing volunteer force of men and women) was to create an equally chaotic loving busy family. One where relationships were no longer a matter of survival but of learning to trust and finally to change the internal chaos into a peaceful acceptance of a world that was now safe. One of the biggest lessons was to teach violent people, who all their lives, automatically escalated from pain to rage how to learn to express sorrow and ask for comfort where comfort had always been denied.

My therapeutic community grew rapidly and I realised that for many of my families years of violence and abuse meant that they need years not months to heal.  We started our second stage communities where some five mothers and children chose to live for several years until they were rehoused.  The work we needed to do was to help all victims (I was aware that men were equally assaulted as women) to transcend their generational violence.

I was deeply disturbed and still am that when children born into violent families grow up, through no fault of their own, to be abused children and then because they exhibit their wounds as anti-social children and later adults society turns on them banning them from schools, warehousing them in prisons and mental hospitals.  Alas my vision of the purpose of refuges fell afoul of prevailing feminist ideologies and my therapeutic communities were closed down. I have been silenced for many years but I feel some glimmering of hope that more and more agencies are beginning to see the failure of our punitive Western societies and I hope that we learn that we all have to ‘love the unlovable’ because how can you be expected to be a healthy happy member of society if you have never been loved or accepted?

www.whiteribbon.org is my web site and I have complete control of it.   Because so much research into domestic violence is fraudulent for purposes of raising money my web site is a safe place for everyone to learn the truth and see properly evidence based research that they can trust.